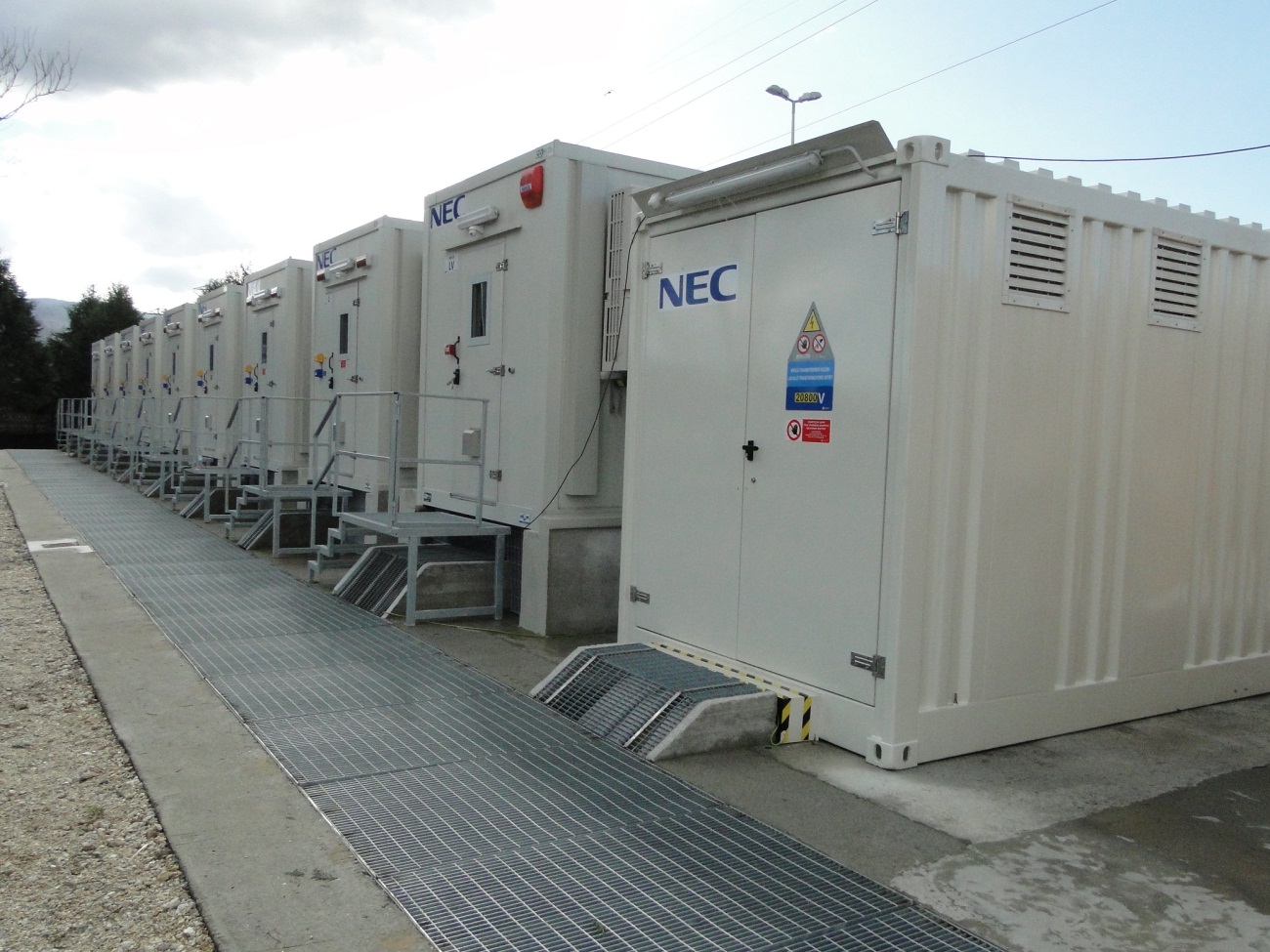 The sale of an NEC Corporation business division involved in manufacturing lithium-ion batteries will have no material impact on the group’s activities in energy storage, according to a company spokesman.

AESC (Automotive Energy Supply Corporation), a company owned 50-50 by NEC Corporation and carmaker Nissan, makes lithium-ion batteries, mainly for supply to the automotive sector, but also including stationary energy storage. Nissan confirmed yesterday that the entirety of that business will be sold to a Chinese investor, GSR Capital.

The deal includes a stake held in AESC by NEC Energy Devices, which is an NEC business division making electrodes for lithium-ion cells, supplying AESC, among others. The deal is expected to be completed by the end of this year, but remains contingent on GSR purchasing all shares in NEC Energy Devices from NEC Corporation.

In short, NEC ES focuses on everything expect for the lithium cells themselves; in terms of hardware this includes battery systems, power conversion systems and control systems. But the company’s range of services offered on top of that include construction and commissioning, service and maintenance, warranties and financing.

“I would say it’s a move by NEC to focus on the solutions side of energy storage; so that would be construction, O&M of electricity or energy storage systems for stabilising power grids, including efficiency, reducing costs for C&I customers and so on.

“So I would have to say this is separate and very different from NEC Energy Solutions is doing, NEC sold NEC Energy Devices, which is a very small, base component of a lithium-ion cell, the electrode [and other components] inside the cell,” Lin said.

Lin explained that AESC was always simply treated as any other battery or component supplier by NEC ES.

“Through AESC, NEC was one of the largest manufacturers of Li-Ion batteries in the world in 2010 to 2014, all the batteries in the Nissan Leaf came out of that factory and all the electrodes that went into that cell factory came out of NEC Corporation’s electrode manufacturing, which was basically NEC Energy Devices, and again, the electrodes are a small component of a Li-Ion cell.

“The DC components of our energy storage solutions use lithium-ion batteries, but they’re usually purchased from other companies, from leading Li-Ion battery manufacturers around the world. Including, but not limited to, AESC. We treat AESC as if it was a battery supplier, just like if it was LG Chem or Samsung SDI,” Lin said.

Meanwhile, Nissan CEO and president Hiroto Saikawa described the sale to GSR as “win-win for AESC and Nissan”.

“It enables AESC to utilise GSR’s wide networks and proactive investment to expand its customer base and further increase its competitiveness,” Saikawa said.

Energy-Storage.News reporter David Pratt contacted Nissan yesterday to ask whether the deal would have any bearing on the carmaker’s recently launched activities in energy storage. Through a tie-up with engineering giant Eaton, Nissan is supplying ‘second life’ EV batteries into home energy storage systems in the UK and in selected other markets. A spokesman said there would be no impact on that line of business.

“Under Nissan’s Intelligent Mobility platform, Nissan will continue to be at the forefront of the electric vehicle market, the roll out of Vehicle-to-Grid technology and the widespread installation of energy storage systems into residential and commercial premises to provide a sustainable second life for its EV batteries”.