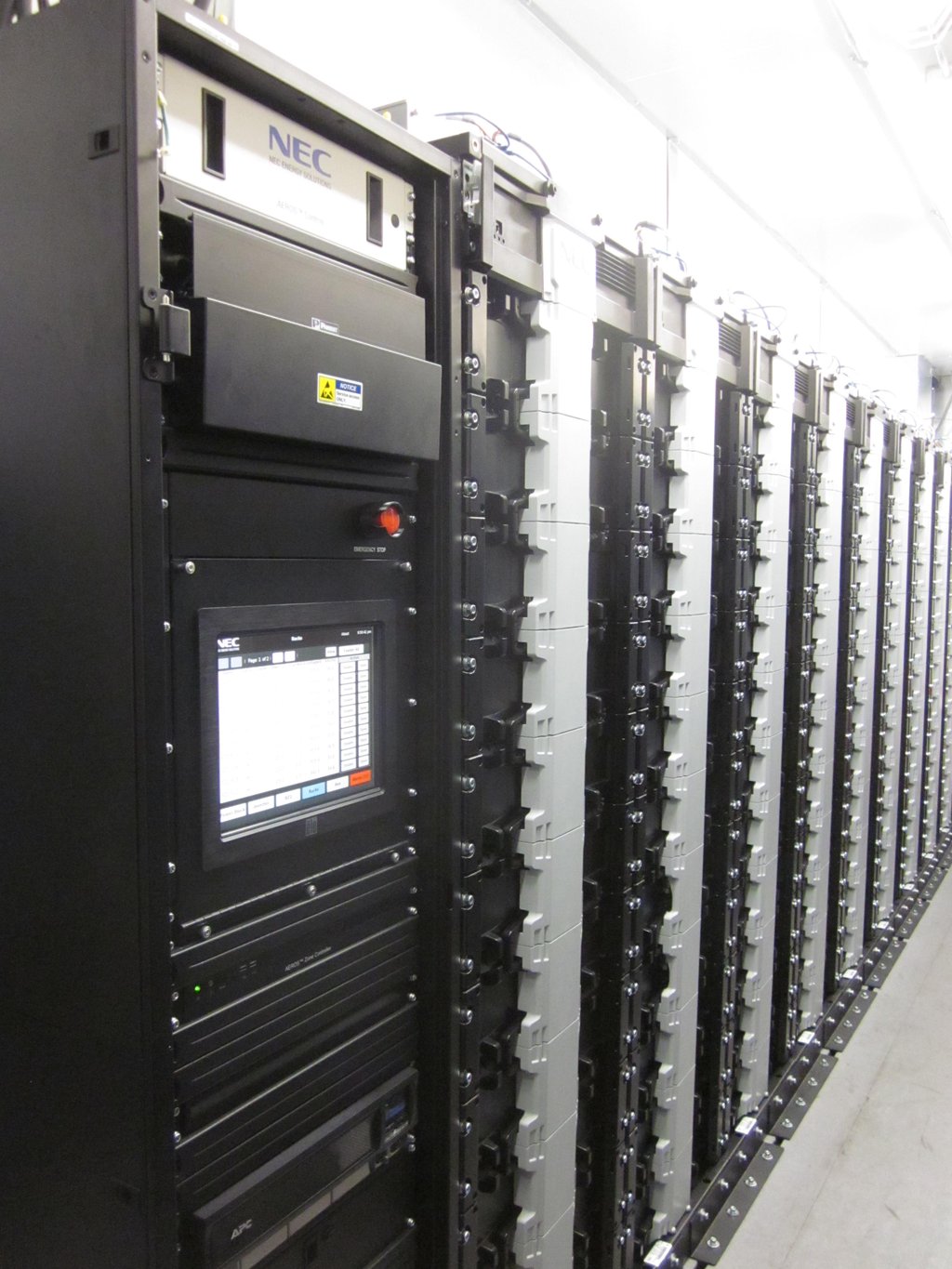 NEC ES was originally spun out of the acquired start-up, A123 Systems before joining the Japan-headquartered NEC Corporation. Image: NEC ES.

These IT capabilities not only give NEC ES and its partners better visibility into system operation, Fludder said, but they also enable the company and others like it to capture value across the whole marketplace, making an analogy with the way that online retail giant Amazon uses predictive analytics to stock its strategically-located warehouses with the goods returning customers are most likely to purchase.

“This concept is actually happening around us all the time. You have cars that can tell you when they need to go in to be serviced, for example. I’m quite interested in the Amazon analogy, because that’s something that touches everyone every day. How do they do that? If they did that by building up massive amounts of inventory of everything that’s on sale on their site, they would never make money,” Fludder told Energy-Storage.News.

In his presentation that afternoon, Fludder had said Amazon, through mining data, AI, analytics and machine learning, “manages back into the supply chain in an optimal way” so that it only buys and stocks the goods its customers are most likely to want.

“This is what I believe is really the next big thing in the electricity infrastructure of the energy industry. In terms of what this means, AI and machine learning and information communication technology, very simple terms, it’s about modelling the real-world and then having sufficient monitoring and information gathering so that your models can then take that information about what’s actually happening in real-time and predict behaviours and next steps and future outcomes.”

As well as what the customer wants, this increased monitoring, visibility and control gives the storage manufacturer, and asset operators, more powerful tools for managing their ‘fleets’ of energy storage systems.

“You can perform predictive maintenance actions, based on future failures that ultimately don’t become failures – because you take corrective actions before those failures might happen,” Fludder said, adding that NEC ES’ battery energy storage systems (BESS) have “thousands and thousands of sensors” to gather information, tied with “sophisticated” algorithms created to continually optimise management of the systems and their control platforms.

This monitoring and control aspect, Fludder said, will also have a material impact on the cycling of batteries and how they can be used to best extend their lifetime versus degradation.

More even split with C&I is aimed for

At present, Fludder said, around 90% of NEC ES’ revenues are coming from the front-of-meter, grid-scale projects of the type recently executed by the company and its partners for the UK’s EFR (enhanced frequency response) contracts to provide ancillary service to the grid.

“Our desire is that the C&I segment grows substantially so that it becomes a greater percentage of my revenue streams. I think it’s a quicker acting market, it’s a market that can act more independently and more quickly and for that reason I’d like to see that become a greater percentage,” Fludder said.

“We are absolutely convinced that as this grid transforms to an enterprise platform, that there will be more C&I opportunities and participants in the grid system.”

In the UK, NEC ES has selected Dale Power Solutions, an electrical engineering company with over 85 years in the UPS sector, as its authorised reseller, installer, operator, maintenance partner. This will be primarily for the distributed storage solutions the company is offering into the UK’s C&I market although is likely to expand to include grid-scale, front-of-meter projects. The company is striking up similar deals in other territories, which Fludder said allows NEC ES to focus on its core competencies. Parent company NEC Corporation also spun out its interest in a battery manufacturing venture with Nissan in August, which NEC ES communications spokesman Roger Lin said was also in line with streamlining the energy storage side of the business to focus on solutions.

“Our specialty is in the energy storage solution and the information technology platforms that go around that,” Fludder said.

“What I’d like to do is fully focus our resources on the storage solution, the information technology that gets wrapped around that and ultimately the aggregation of the learning from an expanding installed base so that we can optimise the performance of the systems.

“Here in the UK we’re working with Dale Power, and in key markets around the world we’re looking for strategic partners that can bring their best skills to the table, we’ll bring our best solution to the table.”