Microgrids for developing world need to enable ‘productive’ electricity use 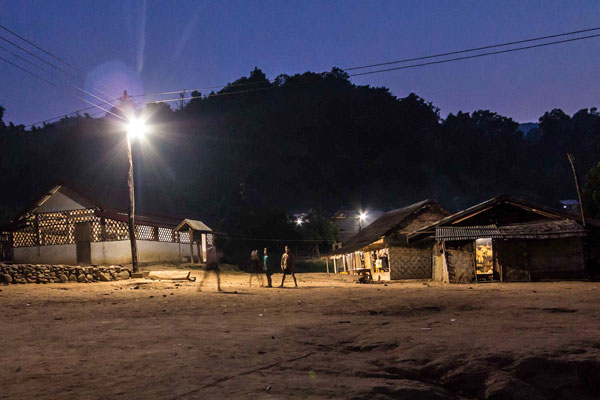 Electrification of remote areas of the developing world using solar, storage and microgrids can and should go further than just providing basics like lamps and phone chargers.

That was a view expressed by Busso von Bismarck, founder, manager and head of business development at Qinous, a provider of “smart” energy storage solutions based around microgrids. The company, working with lithium-ion batteries from Samsung SDI, has executed both on-grid C&I (commercial and industrial) projects in the developed world and fully-formed microgrids and diesel replacement projects in Africa, Haiti and elsewhere.

Von Bismarck was speaking to Energy-Storage.News at the Intersolar Europe / ees Europe show yesterday. He said Qinous has installed nearly 10MWh of systems, including a microgrid for a village in Tanzania which previously had no access to electricity at all. That system was commissioned by a local utility, with electricity sold to villagers.

Through the years, outreach work with rural communities has seen charities donate solar lamps to reduce kerosene use, or solar phone chargers which are rented to villagers. While acknowledging that this could be vital work in itself, von Bismarck said that it was important to go further – and advances in technology now made that both feasible and often cost-effective.

“That’s the great thing about our technology and about microgrids in general. Our systems are three-phase, full productive use electricity so you can connect pretty much anything to the microgrid,” von Bismarck said.

“I believe there’s an understanding now from all the stakeholders involved in this, like the World Bank, African Development Bank, there seems to be a shift away from financing solar home systems, pico systems, more into microgrids, because microgrids enable productive use of electricity.

“Light is of course great, so is entertainment [like computers and tv], but I think it’s important to go further and allow people to run machines with electricity: milling machines, welding or workshops, water pumping. These are applications which make economic growth possible.”

Meanwhile, in areas that already had existing diesel gensets, the combination of PV and energy storage could enable 50% reduction in the use of diesel, or even 90% if the battery can be used at night. This was opposed to a 15% to 20% reduction just using PV alone without energy storage.

On a related note, the topic of energy transformation in Africa using energy storage was touched on in a guest blog for Energy-Storage.News this week, from Sami Khoreibi, CEO of renewable energy developer Enviromena. Another recent piece on the site looked at microgrid technology in general, from the perspective of system integrator S&C Electric.