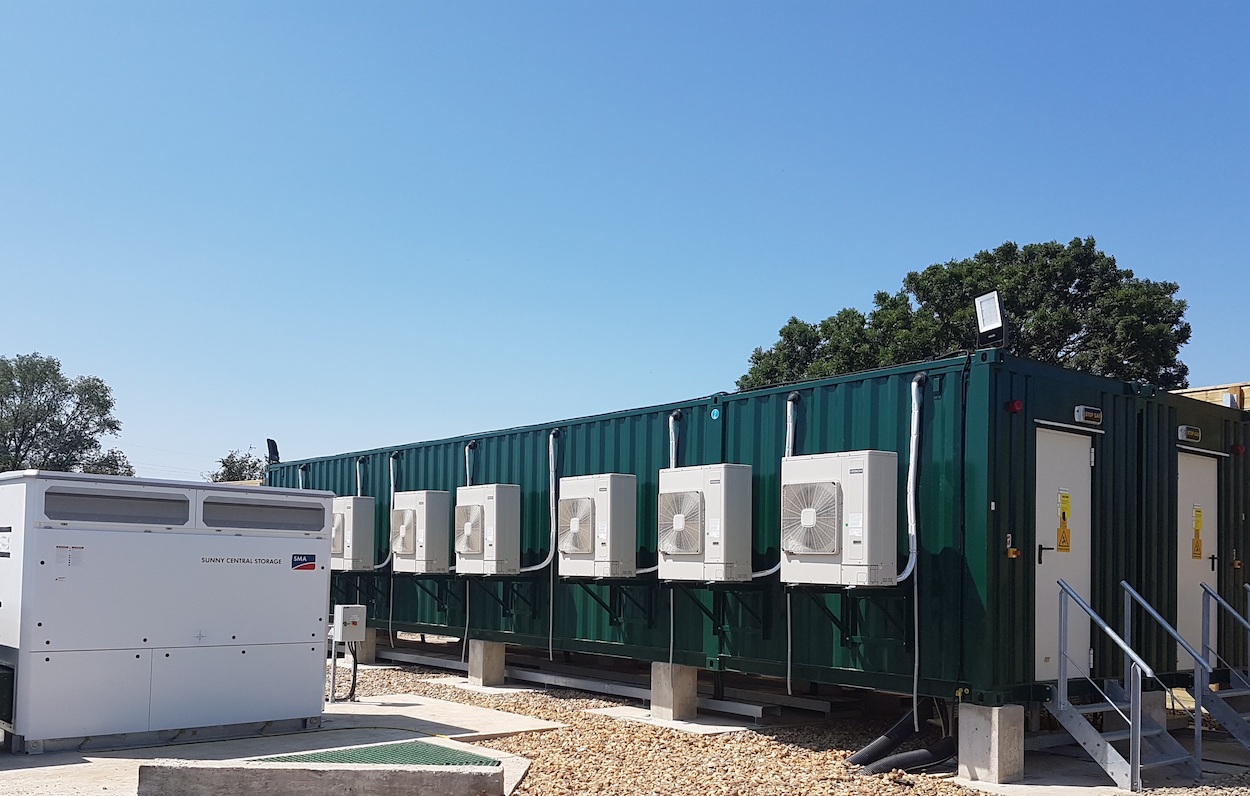 Gresham House added the Wickham Market grid-scale battery project (pictured) to its portfolio among a wave of other acquisitions in the past few months alone. Image: Gresham House Energy Storage Fund.

Battery storage portfolio investor Gresham House Energy Storage Fund has acquired 55MW of UK projects in the past few weeks and completed a 10MW extension to an existing project.

Gresham House Energy Storage Fund, which is listed on the London Stock Exchange under the ticker symbol GRID, conditionally agreed to acquire its first project north of the English border in Scotland in a deal announced in late December.

The 30MW Byers Brae project is located near Wester Dechmont, Livingston in West Lothian, Scotland, and is a battery-only project currently being developed by Gresham House DevCo and flexible generation project developer Noriker Power. It is expected to be commissioned in Q2 2021 and will trade in the wholesale market, and transmission network operator National Grid ESO’s Balancing Mechanism, as well as providing frequency response ancillary services.

Ben Guest, fund manager and head of Gresham House New Energy, said: “Byers Brae is our first project in Scotland and is expected to help National Grid balance wind generation in the north with power demand in the south. It is located at a point between Edinburgh and Glasgow where physical constraints exist in the transmission system and is therefore expected to benefit from additional revenue System Actions in the Balancing Mechanism.”

Also announced in the first weeks of 2021 was the completion of a 10MW extension at Glassenbury, a 40MW battery storage project in southern England also commissioned in 2018 and participating in the EFR market, in the investment fund’s portfolio. Along with a wave of recent acquisitions in late 2020, including an investment in the UK’s largest operational battery storage system to date – the 50MW / 75MWh Thurcroft site – the fund has around 350MW of operational UK energy storage in its portfolio to date.

Gresham House Energy Storage Fund raised £120 million to finance six new energy storage projects from a fund-raising drive begun in November 2020. One of two Stock Exchange-listed investment funds dedicated to utility-scale storage in the UK – the other being Gore Street Capital – the company said newly-raised funds from the ongoing raise would be put towards a new pipeline of up to c.485MW split between 10 energy storage projects with a total consideration of around £200 million.

He added that the company is “moving swiftly to deploy the £120 million we raised in November into our near-term pipeline and look forward to updating shareholders on our continued progress”.

Our publisher Solar Media will be hosting the Energy Storage Summit 2021 in an exciting new format on 23-24 February and again on 3-4 March. See the website for more details.