The project's battery energy storage system (BESS). Image: Leclanche.
While most of the press attention around decarbonising transport has centred on electric cars, Leclanch&eacute; has supplied lithium-ion batteries to power a ferry in Latvia for an EU demonstration project.

The ship, BB Green, is being hailed by Leclanch&eacute; as &ldquo;the world&rsquo;s fastest electric commuter vessel&rdquo; and&nbsp;holds 70 passengers and bikes. As an&nbsp;Air Supported Vessel, BB Green uses an&nbsp;air cushion in a cavity under the ship to reduce&nbsp;water resistance and support&nbsp;around 80% of the ship&rsquo;s displacement.

The boat has been launched at Latitude Yachts, which is in Latvia&rsquo;s capital, Riga. Using two 280kW electric motors, BB Green can reach a top speed of 30 knots, equivalent to 56 kilometres per hour. Leclanch&eacute;&rsquo;s lithium titanate (LTO) batteries, with a capacity of 200kWh, give BB Green a range of about 26 kilometres, or 14 nautical miles, which means it is able to travel for around&nbsp;30 minutes at high speed.

Although the range sounds relatively limited, the five year EU project has been designed with the commuter aspect in mind, and BB Green will be able to stop for 15 to 20 minutes of fast charging at each stop it makes.

&ldquo;Full electrification of passenger ferries will reduce local emissions and provide silent and comfortable transportation on waterways,&rdquo; Leclanche vice president Antti Vayrynen said, adding that his company was &ldquo;proud to serve as integrated battery system supplier&rdquo; to what was a &ldquo;very innovative project&rdquo;.

There were seven other main partners involved in the project as well as Leclanch&eacute;, including Norwegian shipping company SES Europe;&nbsp;Sweden&rsquo;s Diab, which provided composite materials and engineering;&nbsp;Echandia Marine, another Swedish company that acted as system integrator; and Aqualiner, a Dutch company which will operate the boat as end user.

The ASV will now embark on a demonstration &ldquo;tour&rdquo; from Latvia to Stockholm and then Gothenburg in Sweden before going to Norway&rsquo;s capital Oslo.

In announcing the BB Green project, Leclanch&eacute; also announced that it is providing a turnkey energy storage system with 4.3MWh capacity to a Danish project to build the world&rsquo;s largest electric ferry, expected to be completed in 2017. 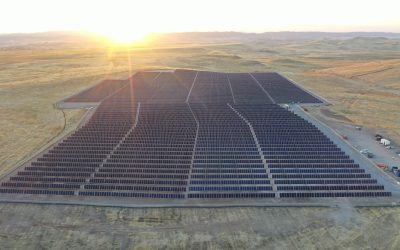 February 18, 2022
A US government pledge of US$2.9 billion support for the country’s battery manufacturing and recycling value chain is more like a band-aid than the “major surgery” required to fix the problem.

February 11, 2022
Fluence has reaffirmed its guidance of US$1.1 billion to US$1.3 billion revenues for the 2022 financial year, with the company’s CEO claiming expectations were exceeded in the first quarter “despite short-term headwinds”. 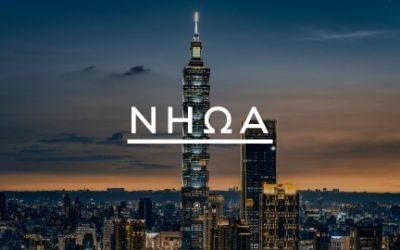 July 27, 2021
New HOrizons Ahead (NHOA), the e-mobility and energy storage company formerly known as Engie EPS, has set itself targets to install 1.7GWh of energy storage by 2025 as part of a new strategic ‘Masterplan’. 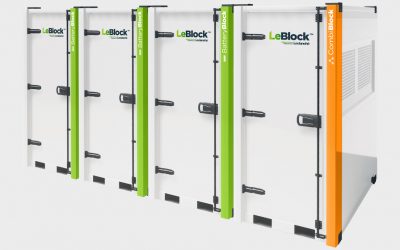 May 4, 2021
Aimed at reducing the cost, complexity and environmental footprint of stationary energy storage system (ESS) installations, Leclanché has launched a modular battery storage solution based on easily transportable, plug and play racks that can be put together onsite.