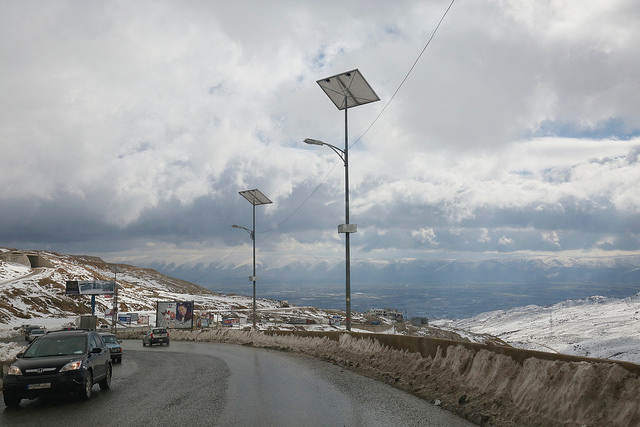 Lebanon could reconfigure its laws and regulations to allow private sector actors to generate renewable energy for sale to the grid, it emerged as the Middle Eastern country opened up its first solar-plus-storage tender process.

The Government of Lebanon is seeking to enter power purchase agreements (PPAs) for renewable energy supply and has called on “private investors and companies interested” to submit expressions of interest (EOI) to deliver multi-megawatt solar PV projects with co-located energy storage. PPAs will be bought by Electricité du Liban (EDL), Lebanon’s main electricity supplier, on behalf of the Lebanese Republic Ministry of Energy and Water (MEW). It was made clear the government wants to buy up the electricity supply, not to own the assets themselves.

A total of 210MWp to 300MWp of solar PV projects are being sought, across three projects that could be of 70MWp to 100MWp capacity each. MEW specified that the battery storage and solar farms must be co-located in a “suitable geographic location” where developers have been able to secure land rights.

Energy storage facilities, irrespective of the individual solar farm’s sizing, must have a minimum 70MW power rating and 70MWh energy storage capacity. As long as a “sound administrative, technical and environmental proposal” has been made, PPA awards will be selected for the lowest priced bids. Bidders must make clear the cost of energy from their proposed facilities in kWh prices.

Among the necessary criteria, developers need to prove they have the technical capability and ability to raise financing either through debt or equity for their project(s), and meet a deadline of midday on 12 June this year. Following this, a formal request for proposal (RFP) process will begin, with the projects expected to begin contributing to Lebanon’s energy mix by the period of 2021-2025.

Heavily reliant on oil imports and with an annual energy deficit of 3,478GWh as of 2009, electricity in Lebanon is for the most part generated by hydroelectric and thermal generation at present and in addition, there are power reliability issues “such as load shedding, technical losses, and the aging of power plants”, which again the addition of dispatchable renewable energy facilities is intended to counteract. Electricity shortages have been mitigated for the most part using expensive diesel generators.

The national target for electricity and thermal supply from renewables is 12% by 2020 and recent separate tenders for solar and wind projects are expected to contribute 180MWp of solar and 200MWp of wind by that year. For comparison, using figures given by the government, in 2009 total energy demand across Lebanon was 15,000GWh, compared to 11,522GWh of energy produced, including imports. Mew said it considers the 12% by 2020 target “achievable”.

Private investors and companies have, since 2002, been allowed to apply for licenses to generate and supply energy, however that law and its subsequent 2014 and 2015 extensions, expire this month. MEW said that in order to reach those renewables targets, it is asking for the law’s term to be extended further but that it should also be changed to refer to allowing “the private sector to generate electricity in the renewable energy sector solely and exclusively”.

This would mean allowing the private sector to produce RE and export electricity to the national grid following the approval of the Council of Ministers and based on the joint proposal of the MEW and the Ministry of Finance.