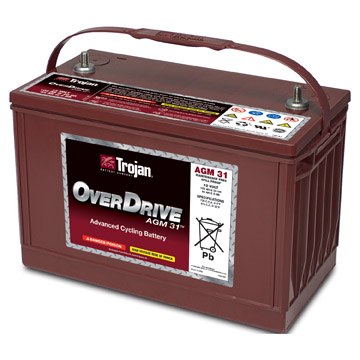 Lead acid batteries are “the most recycled” consumer product used in the US today, according to National Recycling Rate Study, a new biennial report from the Battery Council International (BCI).

BCI, which represents the interests of lead acid battery companies and the automotive battery sector, issued the study towards the end of last week. It uses data through to the end of 2018. BCI said it found a recycling rate of 99% in the years 2014 to 2018, which makes lead batteries more recycled than any other product in the US today.

Moran argued that the data “reinforces that lead batteries are a smart, sustainable choice to support the growth in renewable energy storage and green transportation,” with the BCI claiming that more than 70% of the “world’s rechargeable power” comes from lead acid devices.

The BCI study, including methodology and statistics is available here. The BCI exec vice president’s arguments echo the words of a representative of Trojan Battery Company, who told Energy-Storage.news back in July of last year that the company still sees a role for lead acid batteries, which are cheaper in capital cost if not lifetime running cost, than lithium-ion, for providing solar storage in emerging markets.

Meanwhile, various sources have said recently that not only is lithium-ion more ‘recyclable’ than many people think, the stock of used or partially spent lithium batteries and associated waste will have a high enough value that many providers may be “fighting over volumes”, lithium industry economy consultant Hans Eric Melin of Circular Energy Storage recently wrote in a blog for this site. Added to that, lithium-ion batteries can be monitored and controlled at cell level, which many commentators have said is an advantage for operators over lead acid as it gives a clear window into battery performance and therefore lifetime.

Energy-Storage.news has also recently featured Canada's Li-Cycle, which recycles high proportions of materials from lithium batteries, including cobalt, from a process around shredding the battery packs, and UK-based Aceleron, which has begun repurposing 'second life' lithium battery waste for use in home solar systems at low-cost, marketing them first in Kenya.

Furthermore, while lead acid is itself recyclable, in places such as emerging markets in Africa, the supply chains for recycling are not in place, meaning that some, like utility start-up Powerhive, have reported seeing “countless piles of dead lead acid batteries”, having often been reused several times and by now leaking toxic material.