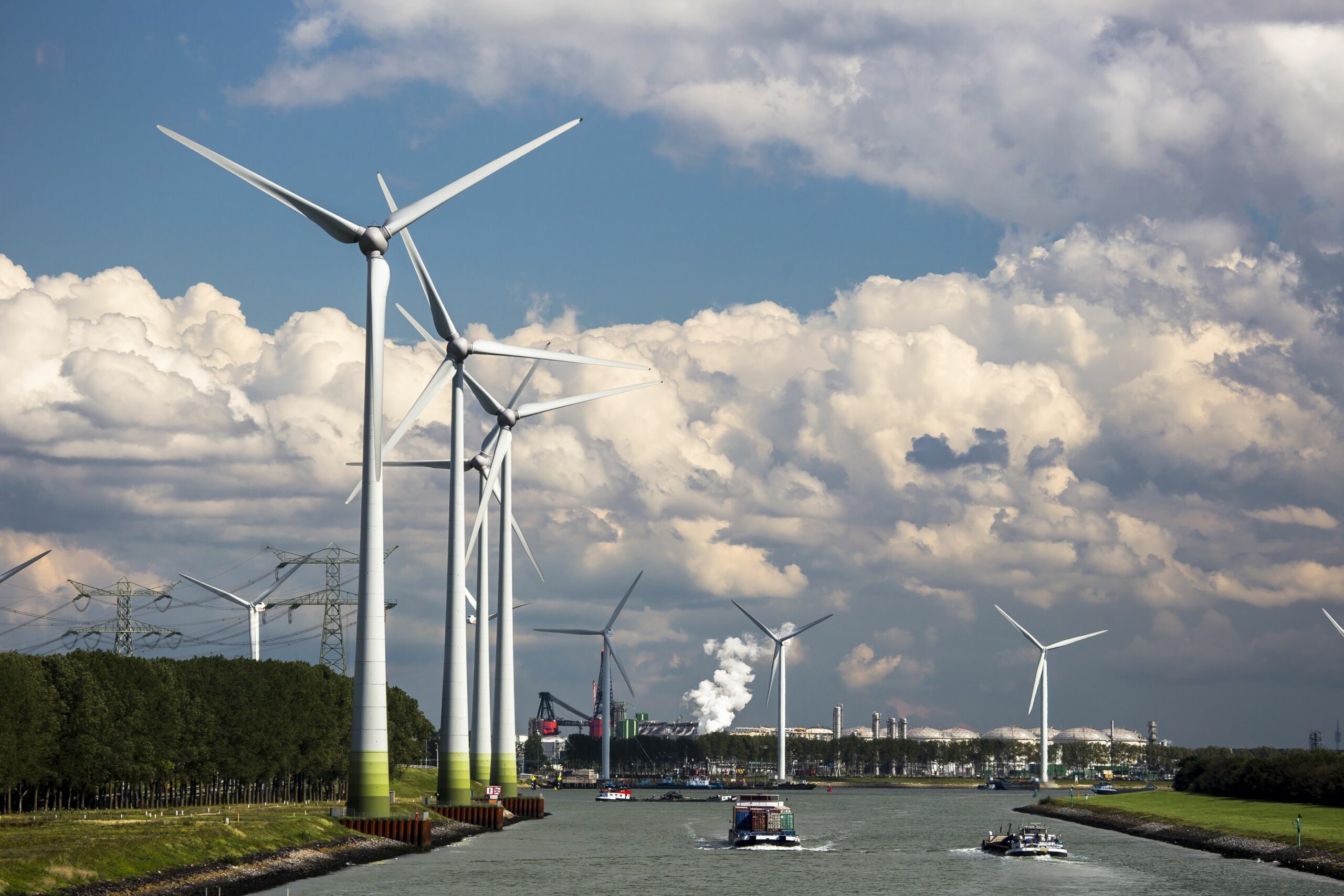 The 24MW wind farm, which can produce 68GWh of energy per year. Image: Greenchoice / Spectral.

Updated: A 10MW battery energy storage system (BESS), which will allow a 24MW wind farm to keep generating energy even in times of oversupply, officially went into service today near Rotterdam, the Netherlands.

The old stereotype of Holland as a country of windmills holds particularly true in this northerly region, where the old kind of windmills have been commonly used for centuries. The modern wind farm, on the Hartel canal, can produce 68GWh of electricity each year. When winds are high, this can mean the farm produces more electricity than the local network demands.

As it is, “the wind turbines might have to be turned down in order to prevent oversupply in the system,” Maurice Koenen, manager of sourcing and portfolio management at developer Greenchoice said.

“The wind energy can be stored in the batteries and delivered to the energy network at a later time. On top of that, the battery system can deliver smart energy services which help keep the European network in balance at 50Hz,” Koenen said.

A Spectral energy representative informed Energy-Storage.news following original publication of this story that the megawatt-hour capacity of the battery system – which will provide both load shifting from the wind farm and frequency regulation services – is 10MWh and that the system was supplied by electrical equipment and system integration company Alfen. A similar use case for a BESS was found at Prinses Alexia Windpark in the central Netherlands, where a 3MW wind power-integrating energy storage system using BMW car batteries, also delivered by the Euronext Stock Exchange-listed Dutch company Alfen.

While it is claimed to be the largest battery system connected to a wind farm in Holland, it is thought to be equal in size to Holland’s existing largest standalone battery storage facility, a 10MW AES project connected in January 2016. At the time of that system’s connection, transmission network operator Tennet was quoted as saying that batteries were an “excellent alternative” to conventional power plants in providing balancing services, especially in complement to growing penetration of renewables on the grid.

At the distribution level, Energy-Storage.news has also heard from other sources that distribution network operators in the Netherlands are also keen to explore a number of flexibility options for their networks that include energy storage. One source claimed that each single regional DNO could be upgrading several substations a year at present, a costly process that often requires the use of noisy temporary diesel genesis and one that could be done more effectively using battery storage instead of, or more likely in combination with, diesel or other backup. 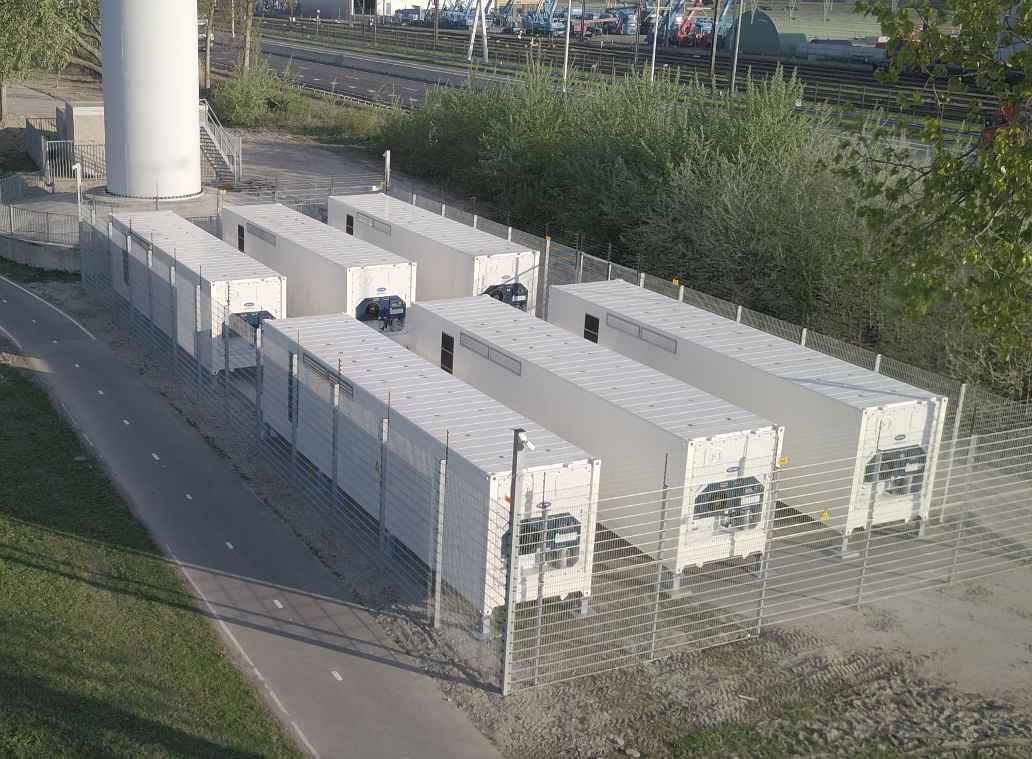 Battery containers at the foot of one of the eight wind turbines. Image: Greenchoice / Spectral.

‘The same level of reliability that we’re accustomed to’

“As we shut down the coal and gas power plants, we will need to coordinate millions of distributed energy systems, such as rooftop solar, wind, and batteries, in order to ensure that electricity can be supplied with the same level of reliability that we’re accustomed to,” Spectral’s CEO Philip Gladek said on the eve of the new battery system’s launch.

“The solution we’ve implemented at Hartel is a prime example of this working principle – we control the batteries and wind turbines in unison, adding a layer of intelligence which allows the combined system to positively contribute to the balance of the broader European network.”

The unveiling of the Hartel Canal wind farm battery comes just after Dutch grid operators announced that a platform through which they will be able to procure solutions for congestion events on their networks will be made available. In other words, flexibility services from energy storage systems or demand response aggregators could be called upon via a software platform called GOPACS (‘Grid Operators’ Platform for Congestion Solutions’), which echoes the recent launch in Britain of a Distributed Resource Desk by transmission network operator National Grid.