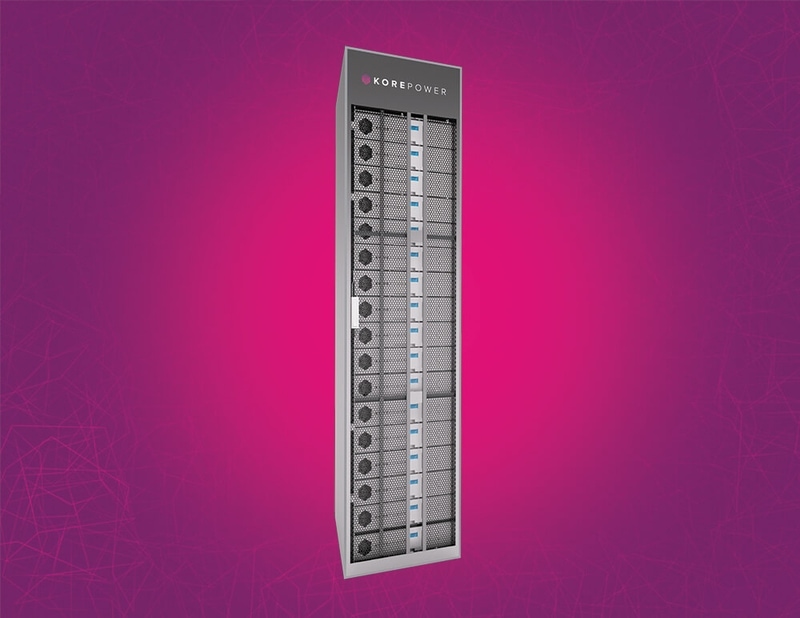 KORE Power has edged closer to the launch of its Mark 1 battery cells after the company landed a handful of product safety certifications.

Earlier this week the manufacturer confirmed that it had successfully achieved the UN 38.3, UL 1973 and IEC 62619 certifications, placing KORE on track to fulfill its first customer orders later this quarter.

Testing of the Mark 1 module and rack will now begin later this month in order for the units to conform with UL 1973, UL 1998, UL 991, UN 38.3 and IEC 62619 tests, all of which relate to the use of batteries in stationary energy storage, battery management software and the actual transportation of lithium-ion batteries.

KORE also confirmed it was now in the final stages of selecting an accredited certification body to complete testing of its Mark 1 product in accordance with UL 9540A safety certification – which relates to thermal runaway fire precautions.

But in the meantime the company intends to begin shipping modules to regions that do not specifically require the UL9540A certification, including the US, Europe, India and Australia.

Lindsay Gorrill, chief executive of Idaho-based KORE, said that completing the first round of product certification testing represented a “major growth milestone” for the firm, stating that the certification would allow it to prove the safety and efficacy of its batteries and begin to fulfil orders.

In September last year KORE set its sights high, aiming to have 6GWh of annual production capacity of its high-power nickel manganese cobalt (NMC) battery cells up and running by the end of Q1 2020.