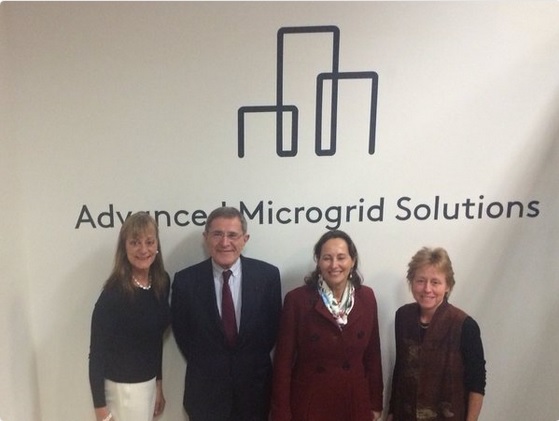 Welcome to Part 2 of our in-depth talk with Nancy Pfund, managing partner at DBL Partners, a venture capital firm specialising in companies and start-ups that offer both rewarding financial returns and positive social impacts. There have been some serious clean tech companies in DBL’s portfolio. As well as being one of the earliest backers to Tesla and SolarCity, to utility-scale solar tracker company NEXTracker to Off-Grid Electric, which deploys solar in rural Africa; to others in energy storage like Advanced Microgrid Solutions and Primus Power.

Following a discussion about the gradual spread of energy storage and related cleantech across the US, from initial progress concentrated in leading regions such as California – From a manufacturing point of view as well I guess because Tesla assembles cars in California and they’re producing batteries out of the Gigafactory in Nevada. I guess it’s another nice social benefit of this technology to foster that manufacturing side of things?

We really care about creating quality jobs here in the US and that was one of our main motivations, for our first investment in Tesla many years ago, is that we thought there’d be an opportunity to revitalise and grow the car manufacturing industry in the US for 21st Century needs. That has turned out to be the case, so with storage in the early days, of course everything came from Asia, that’s where the battery market was thriving and continues to thrive. We will increasingly see domestic production because of the ability to do it in a cost effective way, with all kinds of savings relating to transportation and international regulatory obligations so there are a lot of reasons to build the domestic US battery manufacturing business and it has a huge positive impact in terms of employment and migrating people from the 20th Century energy job profile to a 21st Century one.

There’s going to be so much demand for energy storage between electrification of transport and stationary storage that we’re going to need plants in a lot of different places, which is good news. This is going to be a full employment act for battery manufacturing.

When you first invested in Tesla, you knew there was this aim to turn around transportation but could you see them coming this far, both in transport and in energy storage?

With every investment you make you hope it’s going to be a gamechanger and make great returns but also change the world. We had that belief going in, we knew it was risky and we went through many years, it was a very difficult evolution for the company but of course now it’s legendary. We did believe very firmly from the get-go, not only in the electrification of transportation vision that Tesla had, and we wanted our company to be successful but we also wanted it to change the industry in terms of its social impact. We want Detroit, Germany, Japan and China to make EVs and so that took a little longer than the immediate rise of Tesla but it’s happening in a very emphatic way. So that’s been a huge win but really the combination of solar and storage was part of the original plan! I know people may find that hard to believe but we invested in SolarCity very soon after investing in Tesla, we’d been in the solar market, we knew that storage was going to be important and the companies started working on this many, many, years ago.

So while it looks like this is a new idea, a new vision on the part of Tesla, it really isn’t. It’s been part of the plan from pretty much the beginning of the company.

Once you electrify transportation and people have electric cars and are charging them, then it sets up a huge incentive to green grids, to power your car off solar and put in storage to optimise your energy footprint from the roof to the garage.

DBL Partners was also among investors in NEXTracker, before the PV tracking firm was sold for a US$300 million exit. Image: NEXTracker.

We’ve seen a big portion of the success of US solar has been in the Investment Tax Credit (ITC) mechanism, which gives buyers a form of subsidy. Other countries like Germany, the UK and Japan boosted their solar industry with feed-in tariffs (FiTs). There seems less expectation that there will be a subsidy-driven market for energy storage in most territories, but are things like ITCs and FiTs crucial, or just nice to have?

Certainly the ITC has played a critical role in growing the solar industry in the US by creating the ability in the first five to seven years to use tax equity to finance the leases. And it’s brought in billions of dollars of private capital to finance the growth, it’s a huge success story. Now that the industry is bigger and more mature, we’re moving to loans, banks are coming in, there are other ways to finance now but there certainly weren’t in the first years. It’s not a coincidence that the places that do have supportive policies for storage are going to be the early adopters. California has significant storage mandates, there’s the SGIP rebate, Massachusetts is doing similar things, Hawaii has some programmes. So you will see supportive policies driving the industry in those regions.

Now, a lot of people feel it would be great to have something like an ITC for storage and there have been discussions about that. In this political climate it’s very unclear if that would be feasible, but the good news is that it’s not 100% necessary because you’ve got huge states like California with supportive policies that create the model and then as you’re scaling – and this is assisted by the growth of the EV industry that’s driving down battery prices – you’ll get costs in line over the next few years so that they become compelling on their own vis a vis alternative approaches. We do need supportive policies that show the true cost of the peaker plant approach, for example, and it’s becoming widely known that we’re seeing a lot more methane leaks from gas infrastructure than we thought. While it’s been viewed as a bridge [to lower emissions], it’s not as solid a bridge as we thought. As that becomes known and it becomes harder to build and justify more gas peaker infrastructure, it will help storage as well, because the comparison will be more favourable.

For companies like DBL it’s like looking at those innovations from an early stage investor interest but will we see more institutional investors get involved?

Absolutely. We have visitors from all of the big finance firms all the time wanting to know more about these companies and where will they go next. So I think that there’s a huge amount of interest in this and you’ll see this become – I mean, even now the investment firms are writing reports about it and visiting the companies so it’s all going to be good. 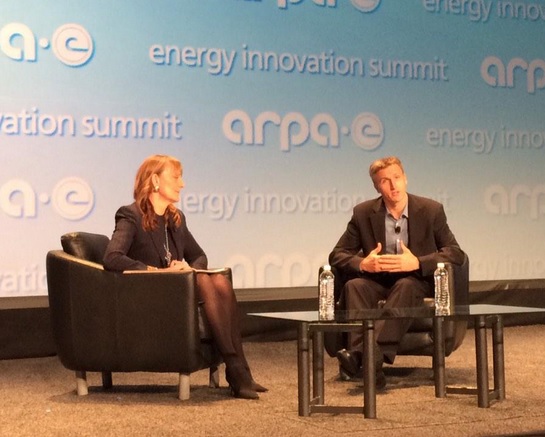