Intersolar overdrive: Energy storage at the Europe edition this week 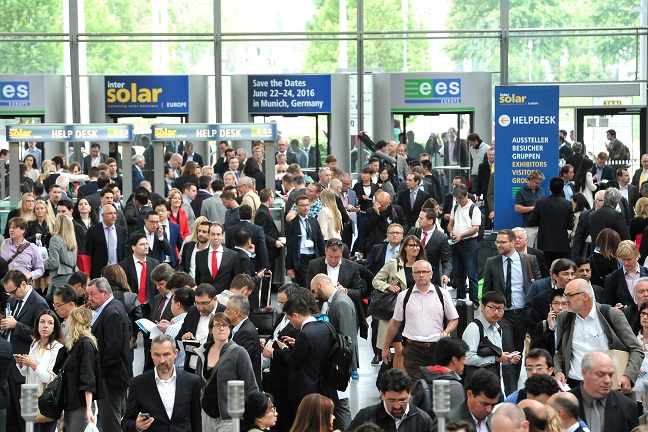 This week the editorial teams of Solar Media’s international brands, PV Tech and Energy-Storage.news, will be among those travelling to Munich for the Intersolar Europe trade show, which once again includes the electrical energy storage Europe (ees Europe) event.

Our reporters and editors will be among the tens of thousands of visitors trawling the exhibition floor and attending conference sessions throughout the show which takes place from 20-22 June at Messe Munich.

Part of what’s exciting about trade events of course, is not knowing exactly what will happen. We await to see which big solar players are making energy storage a more central part of their business already, and who’s waiting to see what others do and how low costs can fall before they get involved. Brief meetings and snatched interviews might bring us rumours or comments that turn the industry around before the day is finished.

So we look forward to seeing what there is to learn at the show. In the meantime, here’s a brief selection of some of the launches and events that have been previewed to the media:

Fraunhofer ISE – The solar industry technology and market expert advisory and research institute has greatly expanded its work in the field of stationary energy storage. While much of this work has been focused on lithium-ion batteries to date – as seen in our fascinating 2016 interview with Fraunhofer storage dept head Dr Mathias Vetter – at this year’s Intersolar Europe, Fraunhofer ISE said it will be showing off a “battery stack prototype for stationary applications” in addition to silicon carbide three-phase inverters, new approaches in solar cell manufacturing and other innovations. According to the institute, the prototype is based on an aqueous chemical solution with low-cost materials.

BYD – With football fever surrounding the World Cup right now, it’s perhaps apt to mention that Chinese electric vehicle and stationary energy storage maker BYD recently signed up as ‘official electric vehicle partner’ to London soccer team Arsenal. The company will also be showcasing its range of lithium battery energy storage systems, which has just been expanded, with a subtle change of brand name from ‘B-BOX’ to ‘Battery Box’ and a broader range of available sizes, configurations and applications.

SolarPower Europe – Continent-wide trade association SolarPower Europe is playing host to a forum on what it calls the next European ‘Industrial Revolution’ – the digitalisation of solar and storage. The likes of Maros Sefčovič, European Commission vice president will be joined by CEOs, CTOs and other senior executives from across the industry to examine what must be done to accelerate manufacturing of the next generation of clean energy technologies and highlight what initiatives the Commission is taking, including through a newly-formed Battery Alliance and Clean Energy Industrial Forum.

Siemens – Among the incumbent big players in energy and technology, Germany-headquartered engineering giant Siemens has been prolific in its energy storage market involvement in recent months and years, including the launch of Fluence, a joint venture with AES Energy Storage. The company has also supplied control platforms to numerous big projects Energy-Storage.news has reported lately. At Intersolar Europe / ees Europe, Siemens promises to launch two new offerings: partnerships in microgrids and in distributed energy systems (DERs). No further information has been given in advance so speculation has been rife.

Saxony-Anhalt – One thing that always stands out when attending trade shows in Federal Germany is that local state governments and initiatives are usually well represented among speakers and invited guests. Exhibitors from the federal state of Saxony-Anhalt are bringing novel solutions such as ‘flying monitoring’ of PV farms with infrared camera-equipped drones and new cabling solutions for power lines. Also on display will be HYPOS – Hydrogen Power Storage & Solutions East Germany e.V. Involving more than 100 partner companies, the German Federal Ministry of Education and Research funded project will set up a window display of the hydrogen industry in central Germany. As we saw at Energy Storage Europe earlier in the year, long-term storage with hydrogen and other power-to-x technologies are under serious consideration in Germany at present.

Other well-known names to be trailing launches and new products include lead-acid solar battery specialist Trojan Battery, showing off a new deep cycle battery range and showcasing recent microgrid projects in Africa; Dutch energy system company Victron Energy is bringing its new MultiPlus-II battery inverter-charger, suitable for on- or off-grid; SolarEdge will show off its new Virtual Power Plant solutions and more; SMA will bring its newly expandable solar storage inverters; while we have already mentioned the likes of Hanwha Q Cells (coincidentally also a Saxony-Anhalt headquartered company) with its new storage systems and Voltstorage, which is showcasing a residential flow battery system.

There’s a lot to see in a short space of time, as well as the famous hospitality and the occasional break to watch a World Cup match. We’re looking forward to hitting the show floor as it opens on Wednesday morning! 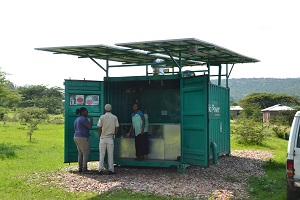