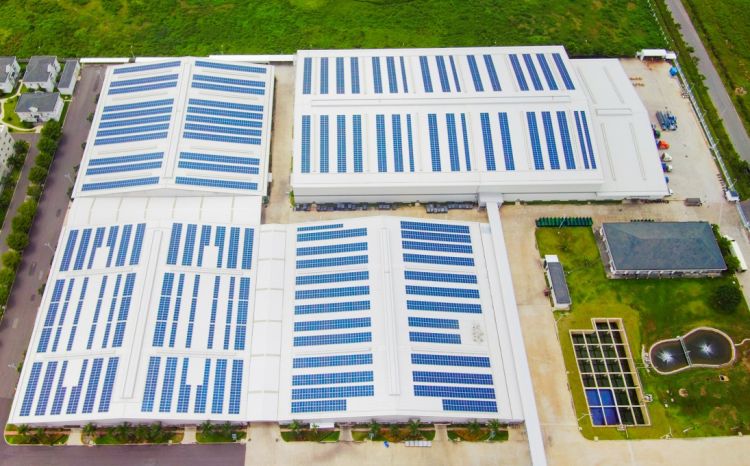 Energy storage can make a “positive contribution everywhere” in Southeast Asia, but the industry needs to be proactive in helping market regulators to understand the best ways to facilitate its role in their energy systems.

At a panel discussion held today at the Solar and Storage Finance Asia event, Alexander Lenz, APAC regional CEO for Aquila Capital said that with grids in Southeast Asia less interconnected than in other parts of the world and the share of variable renewable energy growing in the energy mix, energy storage presents excellent opportunities to help keep networks stable and integrate higher penetration of solar and wind.

Giving three examples, he said that the Philippines and Indonesia are both countries with large numbers of islands and dispersed populations, while Vietnam has recently deployed about 16GW of solar in just one year through a commercial feed-in tariff programme. Energy storage, most typically using batteries, can give those regionalised grids the flexibility to avoid constraints and keep the supply of electricity resilient.

However, there still needs to be a regulatory environment that will enable energy storage assets to generate revenue streams which will give investors certainty, while grid operators need to understand how energy storage can benefit their networks. Over these two issues, there is still a “big question mark,” Lenz said. His company Aquila Capital manages investments primarily in wind, solar and energy storage on behalf of institutional investors and opened an office in Singapore last year with a view to capturing opportunities in the region.

Frameworks still based around the legacy of centralised, fossil fuel generation

Fellow panellist Franck Bernard, CEO of Nippon Koei Energy Europe, said that it is not clear yet what sort of direction policymakers and regulators will choose when it comes to creating supportive frameworks for energy storage. Countries in Southeast Asia could go for either a merchant-structured approach, creating different market products for services like frequency regulation that energy storage assets could compete to provide, or go for “purely public-supported solutions”.

Japan-headquartered Nippon Koei has developed and deployed, as well as invested in battery storage projects and companies from front-of-the-meter to microgrids and virtual power plants in various locations around the world and Bernard cited the UK as an example of a good market where a fair and transparent merchant opportunity has developed. This was characterised, he said, by “stakeholders that believe in the market and a regulator that is doing its job”.

At present, Alexander Lenz said, the situation is reminiscent of the renewable energy space in the first decade of this century, when mechanisms to support solar and wind were not in place in either policy or regulation in much of the world. Grid codes and policies in Southeast Asia are still very much geared towards centralised models based on thermal generation, meaning they do not provide the necessary regulatory framework to support batteries.

Vietnam is a “wonderful example” of this, he said. When the recent feed-in tariff for solar was established, the expectation was that around 850MW would be awarded but ended up an order of magnitude greater. This is partly because the strategies of the government Ministry of Industry and Trade (MOIT) and state-owned major power company EVN which dominates the market, were not in alignment.

“Which led to the fact that, all of a sudden they had 16GW, and weren’t prepared for that. Now that the market has the problem that it has, due to this relatively rapid growth of renewables, there’s still no sign of sound policymaking to deal with that problem,” he said.

“For example, the latest (national) Power Development Plan didn’t have anything on storage.”

Lenz said that it would be the “ideal situation” to attract the investors that have already become comfortable with working in Vietnam’s renewables sector and understand how its banking system works, to invest into the grid-connected battery space. He called it a great opportunity but said that it still isn’t happening because there is a “disconnection” between the different agencies that govern the market.

To break down this barrier, and the other major barrier, which is lack of bankability for energy storage technologies and projects, the industry needs to show the same proactivity that it did during the early days of solar and wind. This means proposing solutions to the different agencies in different countries and working with them to find the best ways to support their energy transition; not just towards renewables and decarbonisation, but also away from ageing fossil fuel infrastructure that grows increasingly less reliable.

Rajesh Mehta, sales director for the APAC region with technology provider Honeywell, pointed out that there are certain solar PV plants in Vietnam that are facing curtailment of their produced energy. Surplus solar energy is going to waste and in order to maximise asset utilisation, energy storage is an easily deployable technology which can take away that risk of curtailment.

Solar and Storage Finance Asia 2021 continues tomorrow (8 July), while all sessions are available to view on-demand on the event portal. Find out more here.

Honeywell's Rajesh Mehta will be discussing the Asia-Pacific region's potential for energy storage in a sponsored webinar with Energy-Storage.news next week (14 July). Register to join the free event here.