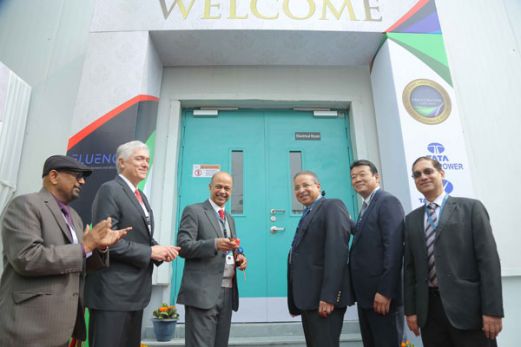 The Commission issued a document last week from New Delhi, which explained the necessity of providing a regulatory mechanism for ancillary services “in the interest of reliability, safety and security of the grid”.

The commission has recognised that energy storage and demand response, which are digitally controllable and dispatchable energy and power resources, can respond rapidly and accurately to the need to maintain grid frequency within close boundaries of the 50Hz at which it operates. Primary Reserve, Secondary Reserve and Tertiary Reserve ancillary services will be created, as well as others that are within the scope of the Grid Code.

The Central Electricity Regulatory Commission (CERC), has now invited comments and suggestions on the draft regulation from stakeholders and interested parties, which should be submitted to it by 30 June 2021 at the latest.

With Primary Reserve a function which is immediately triggered by a sudden change in frequency and should be controlled at individual generation asset level, the draft regulations include more details on procurement, assessment and compensation for Secondary and Tertiary Reserve, which are open to entities with energy storage or demand response resources connected to the transmission system at inter- or intra-state level.

There is a 1MW minimum response block requirement for Secondary Reserve Ancillary Services opportunities, and resources need to either put power into the grid or draw power out within 30 seconds of receiving a grid signal. Resources must be capable of providing their entire capacity obligation within 15 minutes and sustain for at least a further 30 minutes beyond that.

Tertiary Reserve Ancillary Service (TRAS) participants meanwhile need to be able to respond and provide frequency regulation within 15 minutes and sustain it for at least 60 minutes. TRAS can be used to replenish secondary reserve resources that have been deployed continuously for 15 minutes for more than 100MW, as well as in response to other Grid Code-specified events.

The document, which explains full procurement procedures, payment mechanisms and levels and much more, can be found on the CERC website here.

It has been a process in active development for several years, and Dr Walawalkar said that IESA itself has been working with stakeholders to make it reality since 2013, with efforts that included gathering input from IESA member companies that have already provided ancillary services in markets around the world. Opportunities in the US, European Union and Australia have already demonstrated that ancillary services can enable energy storage to capture additional revenue streams that will help to fast-track grid-scale storage deployments, he said.

A few changes should still be made to the regulations, for example, Primary Reserve should also be opened up to energy storage in the new ancillary services market, Walawalkar said. IESA has learned from those global experiences that adopting regulations and market structures to incentivise performance “ultimately saves more money at system level and improves grid reliability”.

“We are working on IESA recommendation to ensure that the ancillary service regulations proposed are not incremental and only cover half measures,” Dr Walawalkar said.

“We will continue to work to ensure these draft recommendations are finalised ASAP and we are already in talks with appropriate agencies for large scale storage projects that can take benefit of these new regulations. Energy storage is going to be the key enabler for meeting India’s ambitious renewable energy targets as well as new green hydrogen mission currently under consideration.”

The IESA president also pointed to the Indian national government being currently focused on growing domestic manufacturing of “advanced” battery cells, including the recent approval of a Production Linked Incentive (PLI) scheme and plans to set up 50GWh of battery cell manufacturing for energy storage and electric vehicles. In light of this, Dr Walawalkar said, IESA expects CERC “to be bold and take prudent steps to ensure that the regulatory framework will enable India to get to the forefront and not be seen a reluctant follower”.

Energy storage will also be important for other kinds of manufacturing that India’s Union government wants to foster, enabling better power quality and reliability for manufacturers, he said.

India's grid-connected battery energy storage industry has yet to gain a foothold, with the country's first large-scale battery demonstration project, a 10MW system in Delhi, inaugurated in 2019. In March this year power distribution company Tata Power-DDL commissioned a grid-connected 528kWh battery storage system, also in Delhi, which is designed to mitigate peaks in demand on the local distribution network in a densely populated area which is seeing electrical load growth rise quickly, while providing other applications. At last November's India Energy Storage Week conference a representative of power project company AES argued that large battery systems could play a much-needed role in preventing blackouts such as one that disrupted transport networks in Mumbai and left millions without power in October 2020.