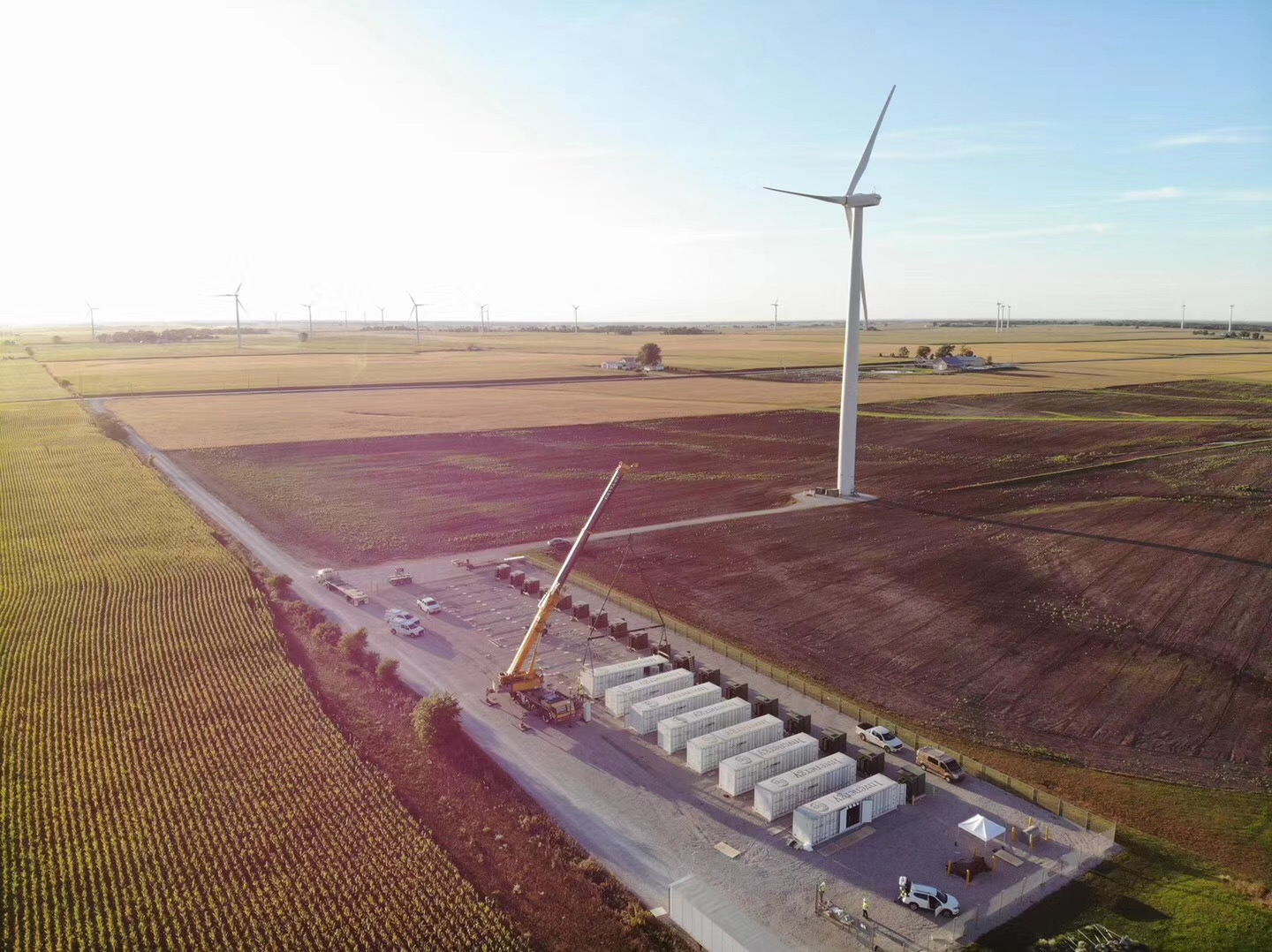 Containerised battery system at one of the two new ‘twin’ 36MW / 36MWh projects, one in Illinois, the other in West Virginia. Image: Sinexcel.

Technology provider Sinexcel has announced the successful commissioning of a 72MWh pair of lithium iron phosphate (LFP) battery energy storage projects in Illinois and West Virginia in the US, to deliver frequency regulation services to the PJM Interconnection service area.

Energy-Storage.news has also reached out to solar, wind, natural gas and energy storage developer Invenergy, which was involved in the projects, for more clarity on its role in the project, from designing the co-location alongside local wind farms, to execution, to ongoing operations. Invenergy previously brought online a 31.5MW energy storage facility back in 2015 at the Grand Ridge Energy Storage project in La Salle County, Illinois. Energy-Storage.news reported at the time that that site was connected to a 20MW solar array, 210MW wind farm and a then already-existing 1.5MW energy storage system. Invenergy also launched a dedicated business division, Invenergy Edge, for management of energy resource fleets, last year.

Sinexcel said that the containerised ESS units include integrated power conversion systems (PCS), fire suppression, HVAC and other balance of plant equipment and have been designed with built-in redundancy to ensure they can operate at and deliver full nameplate capacity. The short duration energy storage systems will be co-located and paired with onsite renewable energy generation and play into PJM Interconnection’s fast regulation market.

Sinexcel also said the LFP systems can “effectively handle a rigorous 24/7 operation with multiple daily cycling requirements”. The sites can be remotely monitored and operated, Sinexcel said, reducing employment costs for the project’s owner, which is a “global independent power producer (IPP),” according to a September release from Energport.

Energport previously said that the systems are able to meet that customer’s requirement for high availability and strong performance under the technical requirements of the PJM market. The market was one of the first anywhere in the world to value the ability of battery storage to provide frequency regulation ancillary services through a “pay for performance” competitive market structure.

However, with more than 250MW of batteries now installed, it is thought opportunities in that market are becoming quickly saturated. As of late 2019, a PJM document highlighted that there were around 4GW of hybrid renewables and storage and around 2GW of standalone storage in the interconnection queue – along with around 100GW of natural gas paired with renewable resources without energy storage.

More recently in 2017, the interconnected market’s design was reconfigured to be more stringent in a way that had battery storage asset owners and developers concerned about their ability to continue competing, including stipulating a mix of fast (i.e. battery) and slow (non-battery) assets at certain times. With US federal regulator FERC looking to reconfigure its wholesale market design to allow energy storage resources to participate fully through its 'landmark' FERC Order 841, PJM's rules on run-time for assets competing in those new opportunities are currently under scrutiny.

For now, however, Energport said back in September as installation work began that its customer was pleased with the supplied storage systems’ performance scores under existing market design in the service area under PJM’s RegD criteria, which applies to fast-responding frequency regulation assets, as opposed to the other category, RegA, which is for slower-responding frequency control assets and applies to “traditional” resources such as gas generators. 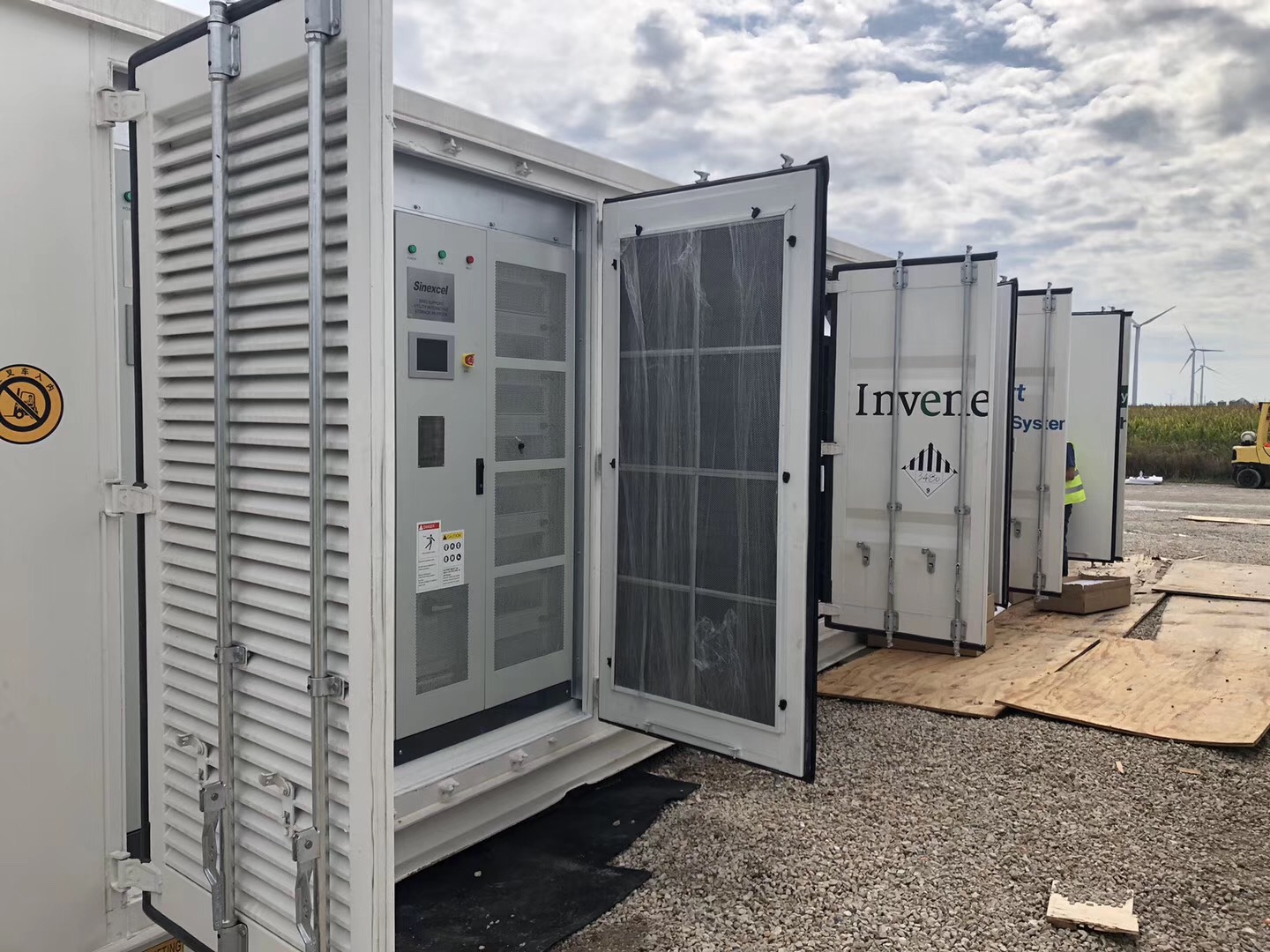