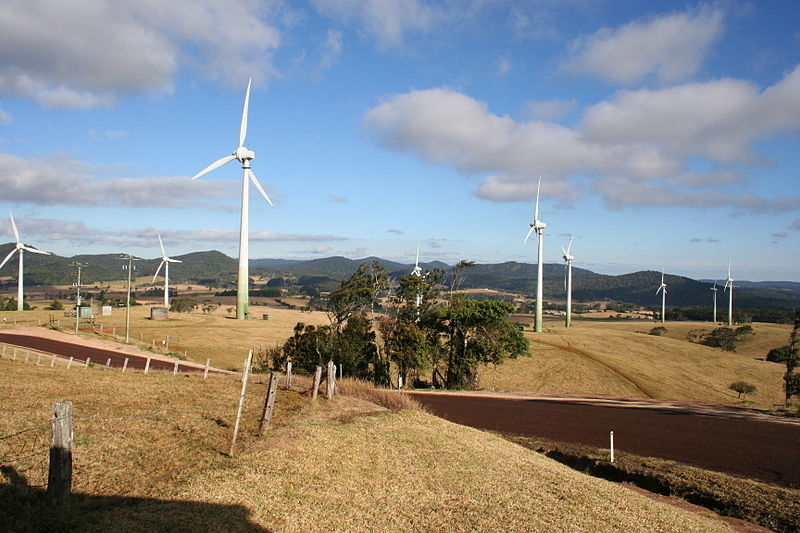 A wind farm in Queensland, Australia. The Powering Queensland plan aims to both develop significant amounts of renewables and improve access to power from existing facilities.

Ahead of Thursday, when Expressions of Interest will start being received, a tender for 400MW of renewables and 100MW of energy storage has already attracted ‘huge interest’ in Queensland, Australia.

The local government, headed up by Queensland premier Annastacia Palaszczuk, announced yesterday that more than 200 businesses have already registered an interest in participating in ‘Renewables 400’.

The programme, part of the Powering Queensland ‘integrated plan’ put together by Palaszczuk’s administration, calls for the award of contracts to companies building 400MW of large-scale renewable energy projects and 100MW of energy storage alongside them. Powering Queensland is receiving some AUS$1.16 billion in funding from the government and is meant to help foster job creation and investment as well as contributing to decarbonising, cleaning and securing energy supply in the state. Palaszczuk has previously said that her government would support plans that prioritise local jobs and businesses through the tender.

As well as some focus on securing natural gas supply, building new transmission lines to 'unlock' access to some 2,000MW of renewables and developing a clean energy hub for Queensland, the programme confirms the regional government’s commitment to a “50% by 2030” renewable energy target.

The 400MW renewables/100MW energy storage tender will be held as a reverse auction, to ensure the lowest prices for development and construction. Successful bidders for renewables projects will receive contracts from the Queensland government guaranteeing fixed price purchases for some or all of the power they generate, which is hoped will give project developers or investors the financial certainty to go through with their projects. It was not clear from Queensland government statements how the energy storage systems would be compensated, but similar mechanisms are expected to be used.

By Monday, Queensland’s acting energy minister Curtis Pitt said “201 businesses” were already registered and more could have done so before the 5pm cut-off that day. These businesses included “project developers, investors and local small businesses,” according to Pitt. Expressions of Interest open on Thursday, 31 August.

“As part of the Renewables 400 process, and to support the accelerated deployment of this technology, the Queensland Government is undertaking a specific process to secure up to 100MW of energy storage prior to 2020. We all agree that energy storage technology will play an important role in the transition to higher levels of renewable energy and we are keen to see the benefits of this new investment flow into the Queensland economy,” Pitt said.

“Not only are we encouraging investment in Queensland, but we’re also supporting diversity in renewable generation supply which is an important for our future energy security.”