How large-scale storage will facilitate the EV revolution

By 2040 there could be up to 500 million electric vehicles (EVs) globally, 36 million of which will belong to UK drivers. These EVs are going to transform the way we transmit, consume and interact with energy and will have a drastic impact on domestic and global energy networks.

The UK’s current network would not be able to handle an influx of electricity guzzling vehicles at that level, so large scale energy storage infrastructure is going to become increasingly essential over the coming years.

Electric vehicle adoption will be pivotal in kicking off sector coupling between transport and energy infrastructure. That will be aided by the development of technologies like vehicle-to-grid charging and Internet of Things platforms, which will enable the smart management of assets to facilitate a low carbon network.

However, as these shifts in demand and supply take hold, it will become increasingly difficult for already congested areas of the grid to balance the added pressures of widespread EV charging. This is where large scale energy storage will be critical.

By providing a buffer to ease the transmission of electricity along congested lines, large scale storage can prevent grid overload and enable a smoother transition to decarbonise both the energy and transport sectors.

Wärtsilä and Pivot Power are partnering on a project to deliver such a solution. Wärtsilä will deliver 100MW of energy storage to provide essential capacity for Pivot Power’s rapid EV charging hubs. In a world first, grid-scale storage and EV charging are combining forces. Wärtsilä’s two 50MW energy storage projects will be the inaugural sites in what Pivot Power is planning to extend into a 2GW grid storage and high-volume connections network.

Large scale storage enables more streamlined grid transmission through its ability to store power closer to the source of generation and transmit power closer to the point of the consumption. The two projects will provide essential grid support in Cowley, Oxford and Kemsley, Kent, and will enable EV adoption across both areas without resulting in unnecessary stress to the local grid.

This deal is one of the first projects at this scale to combine electric vehicles with energy storage. By trailblazing low carbon solutions such as this, Wärtsilä is demonstrating that decarbonisation across the transport and energy sectors is possible today .

We expect this innovative solution will become extremely popular going forward, both in the UK and overseas, as businesses and governments consider strategies that will drive the transition to a decarbonised transport sector.

However large grid scale projects such as this still require the right policy mechanisms help to them get off the ground. The double taxation on storage disincentivises companies from investing in and building large scale storage globally.

The UK government is actively trying to remove this barrier. Ofgem has been running public consultations since 2017 in the hope of introducing legislation to change the taxation of energy storage, but we need to see those changes brought in and governments around the world must follow suit and resolve the issue.

If the UK government is serious in its ambitions to implement low carbon energy and transport solutions, it also needs to upgrade the current network to incorporate emerging storage technologies. It can begin this process by changing the grid code for storage.

At present, grid codes can only identify either generators or consumers. Adding energy storage into this mix will acknowledge the value it brings to the energy system. Once the grid code is updated, changes to the taxation of that energy can be introduced. By reducing taxes and surcharges on energy storage it becomes much easier to trade on the markets, enabling more of these pioneering projects to thrive.

It will take a combination of investment, policy and consumer behavior change to fully decarbonise the transport sector. Innovative projects such as the Wärtsilä and Pivot Power deal are futureproofing the network to enable the widespread adoption of electric vehicles, ultimately driving the positive changes required to reach net zero. 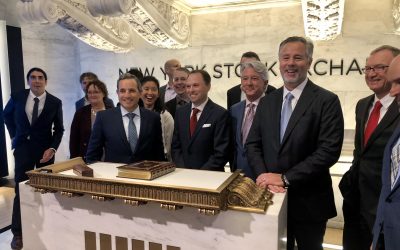