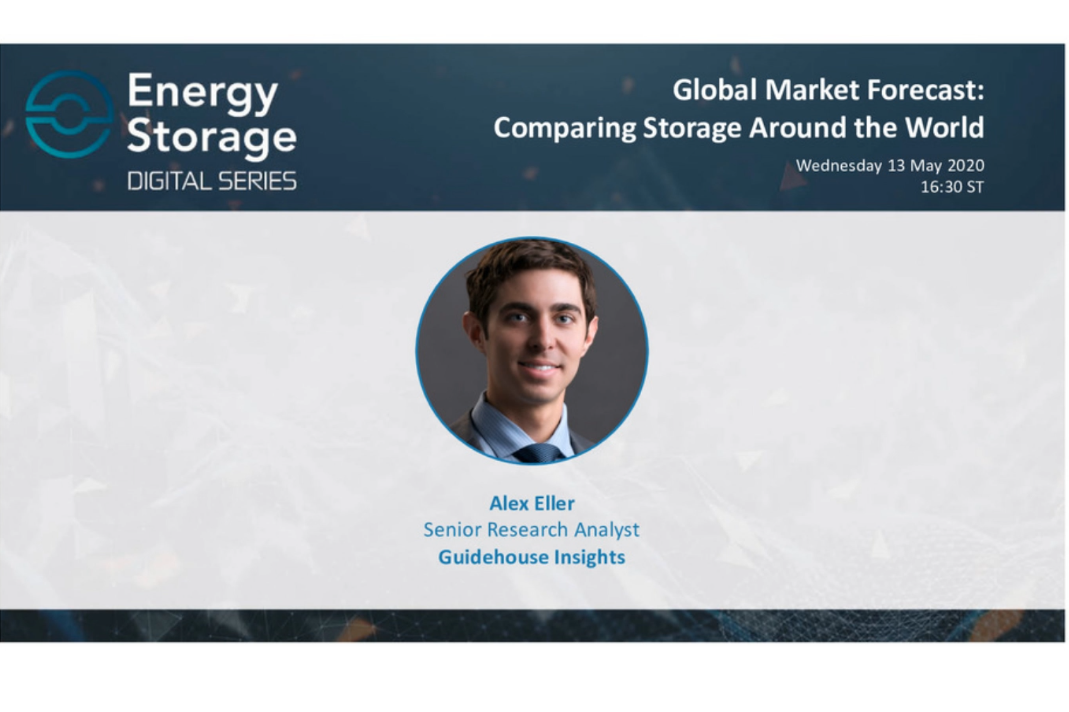 Lithium-ion cell prices will fall by around 46% between now and 2029, according to new analysis from Guidehouse Insights, reaching US$66.6 per kWh by that time.

Published a couple of weeks ago, the Energy Storage Pricing Trends report from Guidehouse Insights (formerly known as Navigant Research), primarily focuses on large format lithium-ion batteries that are used in both grid storage and electric vehicle (EV) batteries.

Alex Eller said yesterday that the most substantial price declines are expected to be seen in the next five years, “before decline rates gradually reduce”. Today, cell prices are in a range of between US$98.6 per kWh for the lowest and around US$192.3 per kWh, averaging out at US$122.9 per kWh. By 2024, this average base price will drop to US$86.2 per kWh.

“In the next 5 years the primary driver of cell price declines will be the rapid growth in the scale of global manufacturing capacity,” Eller said.

“At least 100GWh of new Li-ion manufacturing capacity has already been announced around the world, with more likely to come by 2024. This growth will drive much higher volumes of Li-ion cell production which benefit greatly from economies of scale.”

‘Equilibrium in supply and demand after 2024’

Beyond 2024, Eller said, it’s likely that those rapid cost declines will slow down, with supply and demand beginning to “reach equilibrium” – long-term, the raw materials commodity costs involved will dictate a floor price, the Guidehouse analyst said.

The Guidehouse report looked at Li-ion cells, which as Alex Eller said “form the building block of battery packs for both EVs and grid storage projects”. These cells are connected into modules, which “are then connected to form complete packs” before being integrated into a vehicle or into racks to form grid energy storage systems (ESS).

“Li-ion cells are the key input for batteries in both market segments and have a major impact on the prices for end users to purchase battery packs,” Alex Eller told Energy-Storage.news.

Meanwhile, recent analysis by another firm, BloombergNEF (BNEF), found that the levelised cost of energy (LCOE) for ESS using lithium-ion cells has already fallen in 2020 to a benchmark of US$150 per MWh for storage with four hours of discharge duration. This equated to a drop of US$37 per MWh from the previous year alone and a fall of 76% from 2012, when battery storage was in its infancy as a commercialised technology. 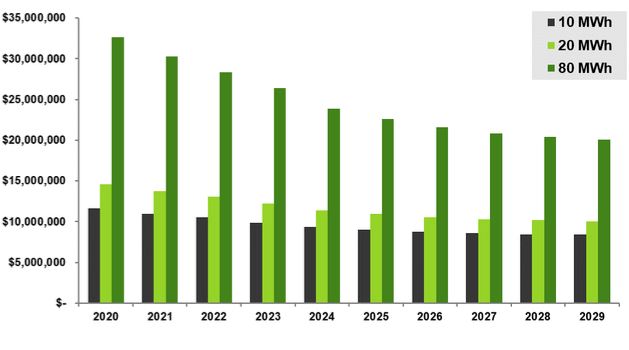 Total installed cost for utility-scale lithium-ion battery system pricing, looking at a 20MW system with 10MWh, 20MWh and 80MWh duration. This is a base case based on global averages. Image: Guidehouse Insights.

Guidehouse’s Alex Eller presented a half-hour session on global market trends at the recent Energy Storage Digital Series week of online conferences hosted by our publisher Solar Media. During that session, Eller said that utility-scale storage remains the biggest segment of the market globally, although new project activity is still concentrated in a small number of markets worldwide. The growth of renewable energy remains the single biggest driver for utility-scale energy storage opportunities.

Although it is considered too early to model the impact of the COVID-19 crisis in full, Guidehouse expects a decrease of around 10% to 20% for this year in activity, although the firm does not expect a major decrease in its 10-year forecast.

At complete system level – as opposed to battery cell or pack level – Alex Eller said that it is important to consider the impact that duration will have on project costs. The higher the duration of a lithium-ion energy storage system and therefore the higher the number of megawatt-hours, the higher the costs.

However, as battery packs are the ESS component expected to see the greatest reduction in cost over the next few years, longer duration projects will see the largest decrease overall in project costs through to 2029. In other words, a bigger project’s cost will decrease at a faster rate than a smaller one. You can still sign up to watch Guidehouse’s session – and all of the other discussions and webinars from the week of 11-15 May – at the Digital Series through the on-demand area of the event’s website for a few more days, where Alex Eller shows how project costs will pan out from now to 2029 for a 20MW project with 10MWh, 20MWh and then 80MWh of storage respectively.

While residential and commercial and industrial (C&I) systems are more expensive per kWh than their front-of-meter counterparts due to economies of scale, Eller notes that standardisation is happening much more quickly behind-the-meter, particular for residential energy storage and costs for that segment are coming down “very, very quickly,” with C&I costs also expected to come down.

You can still register for free to watch the full week of online panel discussions and webinars from the Energy Storage Digital Series as on-demand videos, but hurry, the opportunity will expire at the end of this week.