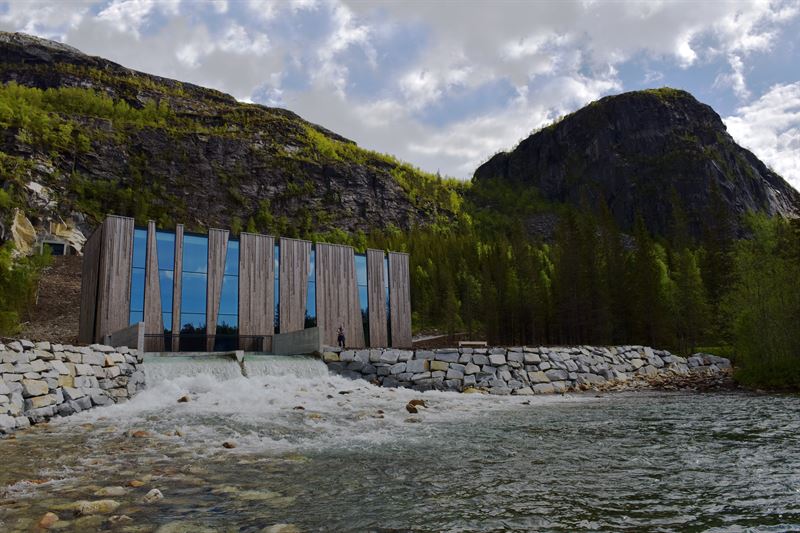 FREYR CEO Tom Jensen also said the company will source its energy from 100% renewable sources including hydroelectric, while the startup also plans to use locally sourced raw materials. Image: FREYR.

With dozens of massive new lithium-ion battery factories planned or already under construction in Europe, Panasonic and Equinor are investigating the potential for a “green battery business” in Norway.

Japanese technology company Panasonic said today that it has signed a memorandum of understanding (MoU) with Norwegian state majority-owned Equinor (formerly Statoil) and industrial group Hydro – also of Norway – for the potential endeavour.

The news comes only a few months after startup company FREYR said it had secured around US$14 million in pre-construction financing for what would be the country’s first gigawatt-scale lithium battery manufacturing facility.

Panasonic, which makes lithium-ion batteries at its own facilities as well as in partnership with Tesla, said that it will work with Equinor and Hydro towards the summer of next year to make an assessment on the European market for lithium-ion batteries “for electric vehicle and other applications” as well as the business case for locating in Norway.

The trio will not commit to any decisions until the assessment has been conducted, while the strategic partners are also considering the potential for establishing an integrated battery value chain and co-locating supply chain partners.

“We are pleased to enter into this initiative to explore implementing sustainable, highly advanced technology and supply chains to deliver on the exacting needs of lithium-ion battery customers and support the renewable energy sector in the European region,” Panasonic executive VP Mototsugu Sato said.

“We believe that battery storage will play an increasingly important role in bringing energy systems to net zero emissions. By pooling our different areas of energy expertise, our companies will seek to create a battery business that is profitable, scalable and sustainable,” Cook said.

FREYR is targeting “rapid development” of an initial 2GWh fab to begin construction next year, with an eventual two phase plan to build a further 34GWh of production. The company has already signed deals for local supply of renewable energy, raw materials, equipment, technology and frameworks for project management support during construction, along with automation processes.

FREYR said this week that it has signed a framework agreement with 24M, which claims its cell design and production processes allow for low-cost and modular manufacturing processes. 24M’s proprietary process uses electrodes 3-5 times thicker than in other lithium-ion batteries and the company believes it can reduce the cost of manufacturing by as much as 50% over competitors.

24M was spun out of A123 Systems in 2010 and has been working to develop and commercialise the semisolid electrode technology. At the beginning of this year, a deal was signed with Japanese ceramics, electronics and solar tech manufacturer Kyocera for 24M to supply batteries and related technologies for a range of residential energy storage systems.

The deal with FREYR will see the Norwegian company pay upfront and licensing fees to produce and cell battery cells, with licensing and service agreements currently being finalised by the pair. In late October, FREYR also signed an MoU with silicon-based advanced materials company Elkem for commercial supply of anode active materials (AAM) to the first factory under development.