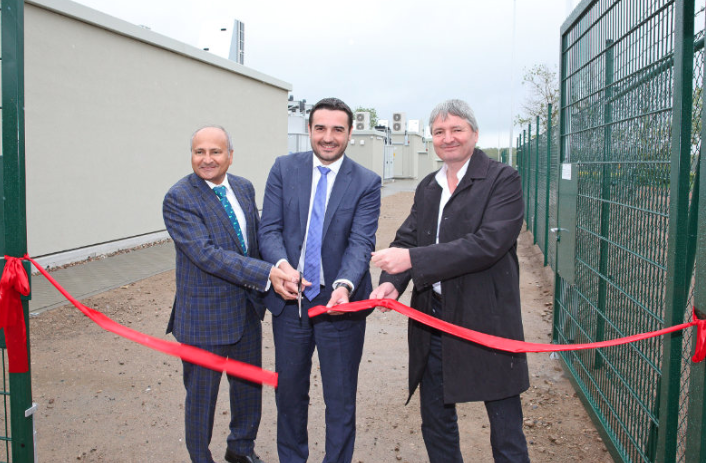 Three companies have inaugurated a 22MW battery energy storage system at Cremzow, in the German state of Brandenburg, in order to provide frequency regulation services to the country’s Primary Control Reserve (PCR) market.

Batteries have been an important introduction to the PCR market and they already provided around 200MW – amounting to roughly 31% of the market.

By providing grid balancing services and helping to back up energy supply from renewable energy sources, the latest battery system demonstrates that batteries are “profitable without subsidies”, said Jörg Müller, CEO of ENERTRAG. The battery is able to deliver its stored energy within 30 seconds and will also act on reducing curtailment of power from renewables.

Indeed, the developers are also mulling the possibility of connecting the battery to Enertrag's wind farms, so that excess wind energy can be used to charge the energy storage system.

“The Cremzow project demonstrates how storage is increasingly becoming an integral part of renewable energy systems due to its enabling role in making them more reliable, flexible and stable,” said Antonio Cammisecra, head of Enel Green Power. “Leveraging on our expertise in the storage segment and the fruitful collaboration with our project partners, we launched this innovative storage system which allows us to contribute to the stability of the electricity transmission network around the clock in Germany, the heartland of the European PCR market.”

The battery system is owned by a special purpose vehicle in which EGP Germany holds a 90% majority stake and Enertrag the remaining 10% stake. Meanwhile, Leclanché was the engineering, procurement and construction (EPC) contractor for the project.