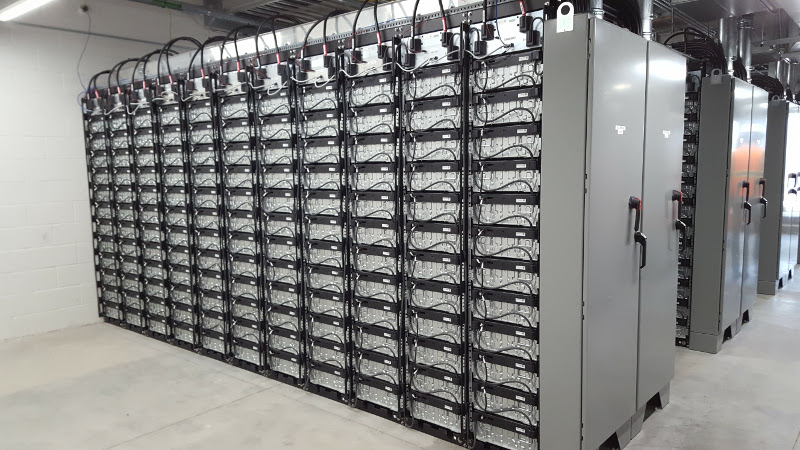 The 20MW / 80MWh Pomona battery energy storage facility, in operation in California since a fast-track process brought it online in partial response to the 2015 Aliso Canyon gas leak, has been bought by Ormat Technologies.

Ormat Technologies announced last week that its affiliate company Ormat Nevada Inc closed the transaction to acquire Pomona from AtlaGas Holdings for US$47 million total consideration, which it said was net of working capital and other adjustments worth around US$3.1 million. Geothermal and recovered energy generation company Ormat said this brings its energy storage portfolio to 73MW / 136MWh of existing assets in operation.

Ormat has been developing as well as acquiring energy storage assets for some time, to add to a 933MW generation portfolio, while the company claims to have engineered, manufactured and constructed 3,000MW gross capacity of power plants to date, which are either under its ownership or were projects executed for utilities and developers in a number of different countries.

The company’s emphasis on energy storage appears to have stepped up not only in response to commercial opportunities for battery projects, but more recently also has been seen by Ormat as a means to offset a slowdown in its other key industry segments. In late June, Ormat Technologies then-CEO, Isaac Angel, said that there had been a decrease in the company’s product backlog “affected by the continuation and increasing severity of the COVID-19 global pandemic”. A “significant product sale contract in the coming months in a different market,” was no longer expected.

“In light of this current situation, we are continuing our efforts to expand and expedite our growth in the electricity segment and energy storage segment,” Isaac Angel had said, before stepping down as CEO at the beginning of July.

Last week, new chief executive officer Blachar said that the Pomona acquisition “is an important addition to our energy storage segment, and it strengthens our activity in the California market, which is the largest and most attractive market in the US for renewables in general and for energy storage in particular”.

Blachar called the energy storage market “one of the most rapidly growing parts of the energy sector” and said Ormat “continues to expand its presence and capabilities” in the sector. Ormat began its move into the segment with the purchase of energy storage and demand response project developer Viridity Energy in 2017, while its most recent own project to come online was the 10MW Rabbit Hill battery system in Texas, which went into commercial operation providing ancillary services and energy optimisation in April.

Pomona: A ‘world record’ fast-track deployment back in 2016

After the four month-long gas leak in October 2015 brought some of California’s energy system to suffer weeks of blackouts, then-Governor Jerry Brown had declared a state of emergency. The shortfall of capacity available resulted in two of its investor-owned utilities, San Diego Gas & Electric and Southern California Edison, running an expedited process to get more than 100MW / 250MWh+ of energy storage online by the end of January 2017 at the latest.

Pomona was one of those systems, brought online under the ownership of infrastructure company AltaGas at one of its natural gas sites and designed, delivered, manufactured, installed and commissioned by turnkey storage systems and software provider Greensmith Energy – now part of Finnish integrated energy solutions company Wärtsilä. At the time it went into operation, just before the end of 2016, Greensmith claimed that the four months it took from conception to switch-on was an industry record.

It has been in commercial operation since 31 December 2016 under a 10-year resource adequacy agreement with Southern California Edison, guaranteeing that energy will be available to the utility as needed but has also joined ancillary services and energy markets run by the California Independent System Operator (CAISO).

“As such, storage is a key part of the energy transformation, and Ormat continues to utilise its expertise, resources, and access to capital to build presence within the energy storage sector, in key target markets, including California, and continues its evolution into a leader in renewable energy.”