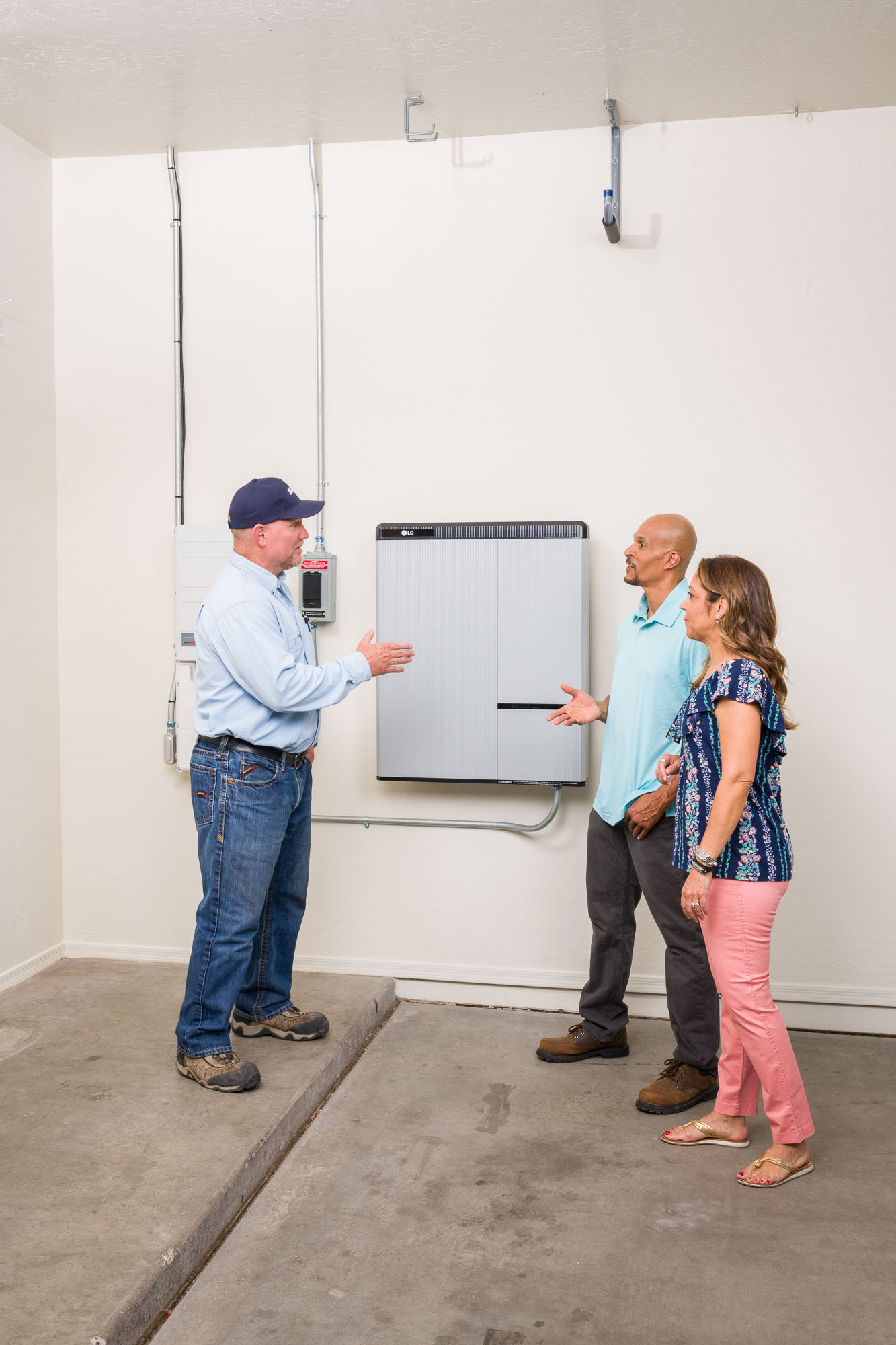 Since the beginning of May, SRP has also been offering households up to US$1,800 in support for 4,500 battery energy storage systems on a first-come-first-served basis. Image: Salt River Project.

The project will serve as a trial and demonstrator of energy storage’s use in mitigating demand-driven peaks on local grid networks, acting as peaking capacity. The four-hour duration storage system will charge from an SRP distribution substation. A joint statement issued by SRP, AES, Fluence and AES’ selected EPC partner Mortenson said the project “will help SRP assess how best to scale up future energy storage projects across its 2,900 square-mile electric service area”.

Although it is not located at a solar or wind farm facility, the project nonetheless is expected to aid the local network in integrating variable renewable energy resources. Arizona is currently on the verge of setting itself an enormous 3GW energy storage target and a new ‘Clean Peak Standard’ for the energy system is on the horizon.

The news follows SRP’s announcement of the just-completed Pinal Central Solar Energy Center a couple of weeks ago, where a 20MW PV plant and 10MW battery system are integrated. SRP will buy energy from Pinal Central under a 20-year power purchase agreement (PPA) with that project’s owner NextEra Energy Resources. Meanwhile, SRP and AES-Fluence have signed a 20-year agreement for the utility to use the Advancion Chandler battery system. The community based, not-for-profit utility has around a million customers in its service area.

At the end of February, Energy-Storage.news interviewed Fluence market director Dr Marek Kubik about the JV, what it can do for AES and Siemens and the positive economic and environmental outcomes that can be achieved with energy storage. You can see the on-camera discussion, which took place at this year’s Energy Storage Summit in London, below.