Global system integrator Fluence and utility Münch Energie are developing a solar-plus-storage plant with 34MWh of storage in Merseburg, Germany.

The two assets will share a grid connection and will be directly connected to the electricity grid via a specially built transformer station, enabling Münch Energie to participate in the secondary reserve market (aFRR), a relatively new ancillary service market in West Europe.

The project was one of the winners in May’s Innovation Tender issued by the German Federal Network Agency (Bundesnetzagentur). Projects which pair solar PV with another renewable energy asset are eligible, and all or most winning projects are solar-plus-storage, and winning projects receive a fixed premium per kWh of energy dispatched into the grid.

Energy-Storage.news contacts have, however, criticised the Innovation Tender’s requirement that the storage asset only charge from the PV. Even Norwegian hydropower company Statkraft, which is bidding for projects, said on-record that this was not the most optimal solution while BESS developer Tricera Energy said it was a big disadvantage.

By 2028, the market regulator plans to award contracts of up to 4GWh to the developers of distributed energy storage systems under the Innovation Tenders according to Fluence’s press release. This roughly matches up with Tricera’s estimate that around 400MWh of batteries would be tendered every half year in the coming years.

The Fraunhofer Institute for Solar Energy Systems says that Germany will need 84GWh of additional BESS capacity to achieve a renewable mix of 80% by 2030, on top of things like pumped hydro. It currently only has around 600MW of grid-scale (1MW-plus) BESS online, although considerably more residential and smaller commercial & industrial-located (C&I) capacity.

Services like aFRR will continue to be an important driver of revenues for grid-scale battery storage projects, but the overall grid ancillary services’ limited market size in Germany means wholesale energy trading is certain to grow in the value stack in the coming years. 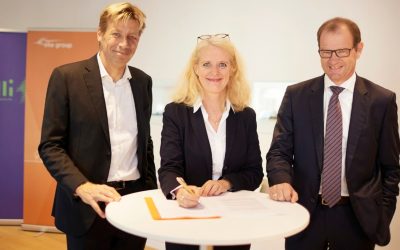