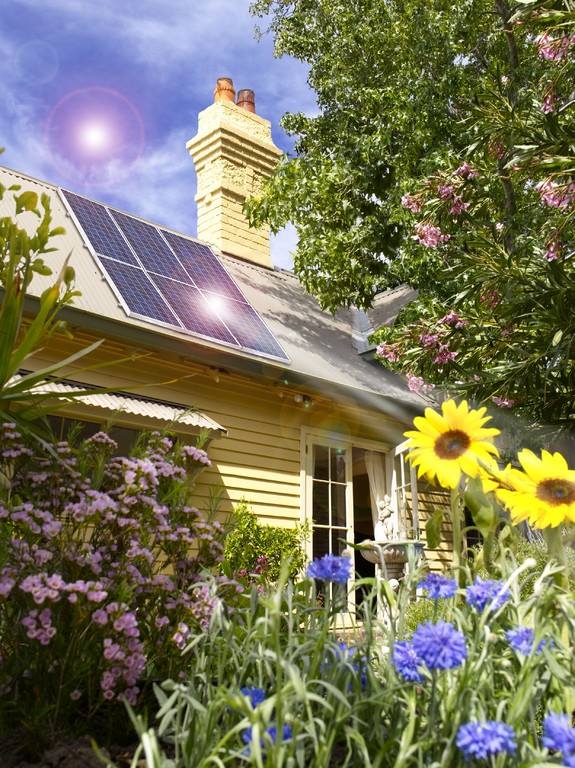 While there is already high demand and a ‘straighforward financial equation’ for home solar-plus-storage, VPP programmes such as Origin’s in Victoria will offer additional incentives and benefits. Image: Origin Energy.

The Australian state of Victoria has been given a “taste of what’s possible” with the launch of utility Origin Energy’s first virtual power plant (VPP) project to date.

The VPP will aggregate some 650 home solar-plus-battery storage systems to provide capacity to the grid, particularly at times of peak demand. Origin, a utility which delivers energy to around 4.2 million customers in Australia and recently completed work on a grid-scale battery project combining energy storage with a natural gas peaker plant, will manage the VPP once installation is complete.

Up to 5MW of electricity generated and stored onsite at the customers’ properties will be accessible by the system and will play into the National Electricity Market – the wholesale market structure which governs electricity spot market sales across Victoria, Queensland, New South Wales, South Australia and Tasmania.

It will be supported financially by the Microgrid Demonstration Initiative of the Victorian government, with an unspecified amount of funding awarded through a competitive process. The whole initiative is worth AU$10 million (US$7.18 million) in grants to assist the development of AU$37 million+ of microgrid projects, with more announcements expected in this month and next.

Although as recently as June of this year Australia’s national Chief Scientist Alan Finkel had said in a special report that in fact, the “financial equation is straightforward” for home battery storage, meaning the technology is both affordable and a reasonable investment, in the case of the Origin Energy VPP trial, Victoria residents will enjoy further help to get themselves hooked up to an advanced solar-plus-storage solution.

While it’s been technically possible to link battery systems together as VPPs for some time and indeed trials have been conducted throughout the world in regions as diverse as the UK, Japan, Germany, the US and Canada, it’s only been a fairly recent development that the technology is being deployed hundreds of systems at a time as Australia’s solar and storage industries have grown. This includes a big VPP project involving Tesla battery systems in South Australia which could reach up to 50,000 systems.

Advocacy group Environment Victoria welcomed the new trial and its funding, and pointed out that in South Australia, customers had “jumped at the chance” to get involved in that state’s VPP, although the group’s public policy and advocacy manager said it was really just the beginning of tapping the VPP concept’s potential.

“Today’s announcement is a first step on the path to building a large-scale Virtual Power Plant for Victoria. It gives us a chance to test new ideas and help customers become more familiar with new technology. But today’s announcement is only a taste of what’s possible,” Dean Rizzetti said.

Elsewhere, there are a small handful of other examples of customers being offered financial incentives by utilities to join VPP or similar aggregated offerings, such as Green Mountain Power in the US state of Vermont which offers customers discounts or no-money-down deals on Tesla Powerwalls if the customers allow the utility to use the batteries as a grid resource. Others such as the UK’s Moixa and Reposit Power offer customers payments in return for their batteries being used for capacity, frequency regulation and other network services, while another UK company, Solo Energy, has recently claimed that a modest VPP trial in a remote Scottish island community could pave the way for its own “no-money-down” solar-plus-storage offerings.

Read ‘Virtual reality: VPPs in a break with tradition’, in the ESN-curated ‘Storage & smart power’ section of PV Tech Power, Solar Media’s tech journal for the global downstream solar PV industry. Subscription and download are free of charge, although registration details are required.