‘Feasible, cost-effective’ to replace 2,300MW of Long Island peakers with energy storage by 2030 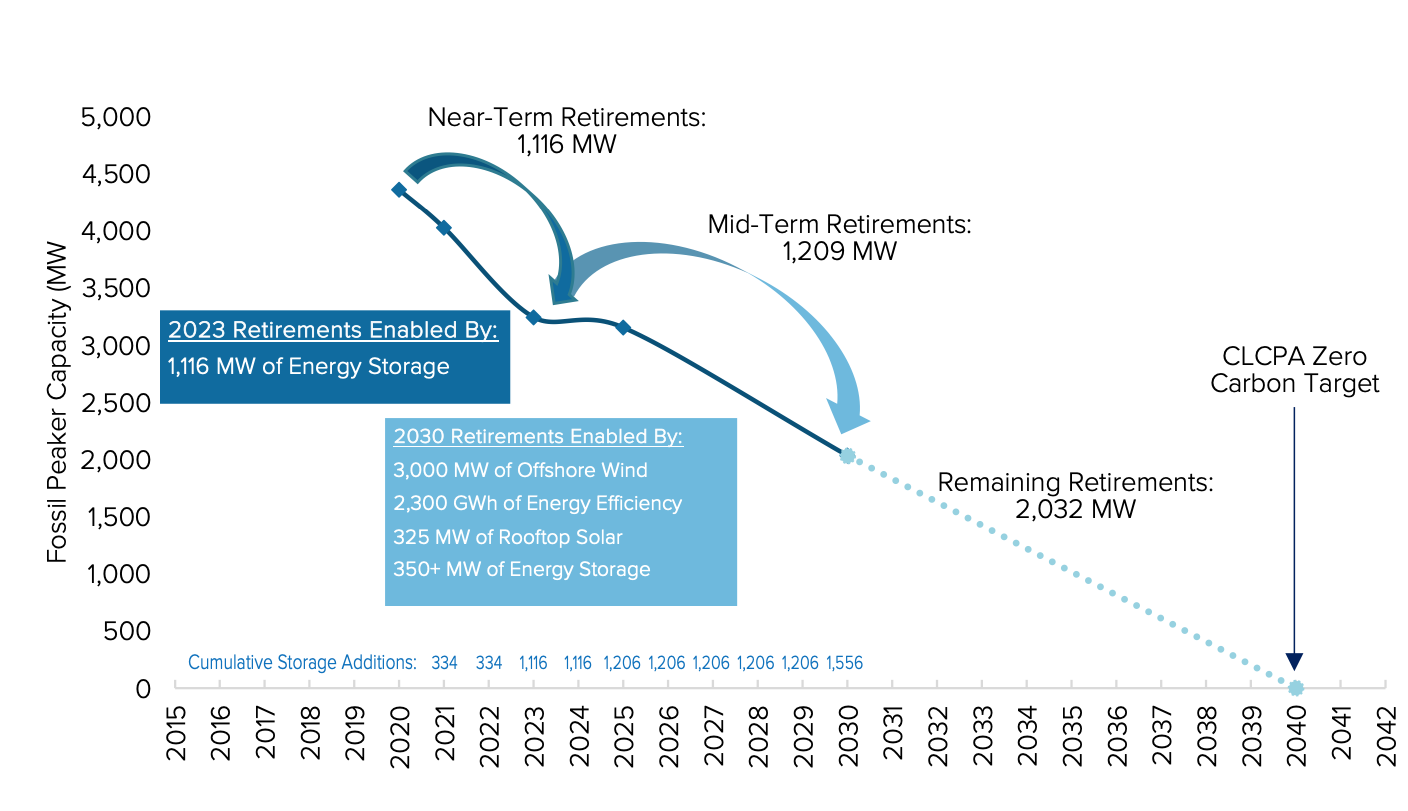 It would be “feasible and cost-effective” to retire more than a gigawatt (GW) of gas and fuel oil peaker plant capacity on New York’s densely populated Long Island within three years, according to a new study.

Long Island is home to 4,357MW of peaker plants, which operate at an annual capacity of just 15% or less, but cost the customers of Long Island Power Authority (LIPA) nearly half a billion dollars a year in maintenance costs.

The new study by Strategen Consulting finds that over a quarter of that capacity, 1,116MW, could be replaced by 2023 using energy storage and a further 1,209MW by 2030, as New York scales up its deployments of solar, offshore wind and energy efficiency measures to meet the state’s target of carbon-free energy by 2040.

Not only is that a feasible aim, Strategen said, but the deployment of energy storage as peaker replacement could save LIPA customers nearly US$400 million, while helping put the island on track to meet those state-wide goals, which are part of New York’s Climate Leadership and Community Protection Act (CLCPA).

The New York Battery and Energy Storage Technology Consortium (NY-BEST), a coalition pitched somewhere between a trade association and a technology acceleration support agency, commissioned Strategen Consulting to figure out a plan through which expensive and polluting peaking capacity in Long Island could be retired and replaced with low carbon technologies.

The amount currently paid in maintenance costs equates to nearly three times the rate for peaking capacity in New York’s Independent System Operator (NYISO)-run markets, while Long Island is already one of the areas of the US subjected to extreme weather events including hurricanes known to be exacerbated in intensity and frequency by climate change.

According to Strategen, this peaker replacement plan using energy storage is a “low-hanging fruit” in the island’s energy transition. As their name suggests, peaker plants only come into action when demand for electricity on the grid is at its highest, but the facilities can be among the most polluting resources on the network. Many in the energy storage and renewable energy industries have highlighted that batteries and other storage can perform this role just as well, without the pollution and the costs of fuel and maintenance. Long Island is also where several gigawatts of planned offshore wind power plants in New York will interconnect to the state's grid, offering an opportunity to contribute to charging the batteries with renewable energy at low marginal cost.

The 2,300MW of LIPA's peaker fleet considered by the Strategen study emit 2.65 million tonnes of carbon dioxide each year, nearly 2,000 tonnes of nitrogen oxides and 639 tonnes of sulphur dioxide, causing pollution which the consultancy estimates incurs a societal cost of more than US$160 million each year.

Deaths, hospital admissions and emergency department visits would be reduced by cleaning up the utility’s peaking capacity fleet and as alluded to the in the quote above, a disproportionate amount of that capacity is currently hosted in regions of low-income or minority populations, designated as Potential Environmental Justice Areas.

As LIPA long-term contracts with peaker plant operators are yet to expire and local emission control regulations are yet to come into effect, it would take until 2023 for 782MW of peaking capacity to be phased out, but 334MW could be “retired and replaced immediately,” Strategen said.

Strategen picked out low capacity factor units for replacement consideration, with that 1,116MW of power plants typically only dispatching for eight or fewer hours, and for fewer than 15% of total hours in the year. With much of the fleet on Long Island ageing and often already passed the normal expected replacement lifetime of 40 years, the cost of servicing plants could rise to an estimated US$716 million a year by 2030.

The consultancy points out that peaker plants are being replaced with energy storage in locations including Hawaii, California, Massachusetts and New York already. One project under development in New York’s Ulster County was redesigned after local community objections to not include natural gas and instead went for a 20MW energy storage system, while another project in the state has seen 14 out of 16 peaker plants retired and the plant’s owner is going to replace all of the peakers with 318MW of battery storage.

Meanwhile, customer deployments of behind-the-meter battery storage in Long Island are being supported with incentive payments of US$250 per kWh of storage installed for residential or commercial systems of up to 5MW, through US$55 million of funding pledged by state Governor Andrew Cuomo over three to five years.

The study comes shortly after utility New York Power Authority (NYPA) said in October that it is looking into ways to replace 461MW of peaker plants in its service area with options including “battery storage and low to zero carbon emission resources and technologies”, teaming up with a coalition of five environmental justice groups. Research from BloombergNEF published earlier this year found that the cost of battery storage has fallen to the point where the advanced technology can be competitive with some – though not yet all – new-build peaker projects.

Strategen’s full study can be downloaded from the company’s website.