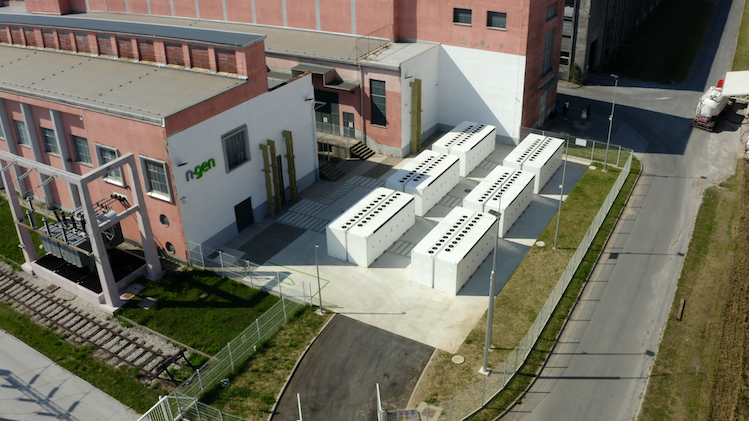 Europe’s cumulative electrochemical energy storage installation capacity has gone past the 5GWh mark and this year is likely to see installations almost double from 2020’s figures.

Last year featured some bright spots although the industry was negatively impacted by the COVID-19 pandemic and 2020’s annual installation figures of 1,700MWh across the continent were a marked improvement on around 1GWh of installs during 2019, according to the latest edition of the quarterly ‘European market monitor on energy storage,’ produced by industry group European Association for Storage of Energy (EASE) together with industry analysis and research group Delta-EE.

The report forecasts that around 3,000MWh of installations will be completed in 2021, driven forward by national targets and commitments to renewable energy as well as the opening up of opportunities across various grid services markets. Delta-EE analyst Joao Coelho said in a webinar to present the report’s key findings that since 2016, there has been “continuous growth” in the number of installations and installed capacity.

Europe’s cumulative installations have rocketed from about 0.55GWh of electrochemical storage in 2016 to 5.26GWh by the end of 2020, and if this year’s performance is as strong as predicted, will take cumulative installs past 8.2GWh. The front-of-the-meter (FTM), utility-side segment of the market contributed more than 50% of installed capacity. That trend of FTM deployments dominating the market looks set to continue in 2021, with revenue streams opening up and various countries strengthening their renewable energy commitments as they work toward 2030 targets.

By comparison, analysis firm Wood Mackenzie Power & Renewables found that in 2020, the US industry brought online about 1,464MW / 3,487MWh of new energy storage, more than was deployed in the six preceding years put together. In separate research, Wood Mackenzie has previously said that while Europe outpaces both China and the US for renewable energy capacity growth, it is much further behind in recognising the importance of energy storage in that transition. Incidentally, another research firm, Guidehouse Insights, has said that it expects the Asia-Pacific region, largely driven by China's renewable energy sector, to be a bigger market for utility-scale energy storage than North America as early as 2023.

This week, Energy-Storage.news reported that Germany’s residential energy storage market continues to grow, with cumulative capacity reaching about 2.3GWh across more than 300,000 households. The ‘European market monitor’ likewise said that Germany is expected to continue holding a dominant share of the residential market and reported that around 616MWh of installs were made in that segment, but also points out remarkable growth patterns in the Iberian market.

With Spain lifting a controversial punitive tax on households that consume their own solar-generated electricity rather than feed it into the grid during 2020, the Spanish residential battery market leaped tenfold from about 4MWh in 2019 to 40MWh in 2020. There are also regional subsidy schemes for solar PV and storage that had an impact. By stark contrast, neighbouring France saw its residential market strongly contract about 75% from 2019 to 2020, largely due to COVID lockdowns, with only about six thousand systems installed last year.

At front-of-meter, Britain is likely to remain one of the biggest markets, building on about 941MW that was installed in the UK in 2020. A recent webinar hosted by our in-house expert team Solar Media Market Research described 2020 as the “Year of the battery” in the country and a large number of projects are likewise coming online this year. Delta-EE and EASE have predicted that Italy and Ireland will be the markets to enjoy the highest percentage of growth this year. Italy’s grid operator TERNA is opening ancillary services market opportunities and Ireland has already done so. Projects are starting to come online, including a 100MW battery project in Ireland for its DS3 grid services market.

Also of note will be the Nordic countries, which are deploying storage as renewable energy projects such as wind power in Finland come online and Sweden hybridises some of its hydropower plants with batteries as well as seeking out batteries as a means to alleviate grid congestion and the lack of proximity between generation and load. Large-scale front-of-meter battery projects across the continent are growing in duration, generally speaking.

“We are anticipating growth in the sector will accelerate as improved access to markets, particularly for behind-the-meter storage, and the increasing ability for batteries to stack value from multiple markets, add to government support from ‘green recovery’ packages,” Delta-EE’s head of energy storage and flexibility Jon Ferris said.

At a bigger picture level, the European Union (EU) COVID-19 Recovery Plan is likely to deliver investment of public funds into clean energy technologies, with energy storage a beneficiary. The plan could be worth as much as EU1.8 trillion and around 37% of funding has to go towards climate investment and reforms. Those plans will be approved by April this year for project implementation by 2026.

While the EU Green Deal and Clean Energy Package continue to be among priorities of EU policymakers, with everything from battery supply chain regulation to climate targets and strategies on hydrogen on their way, the Clean Energy Package implementation is extremely varied across EU Member States and a clear strategy supportive of energy storage roll-out is still missing at EU level, EASE policy lead Brittney Elzarei said in the webinar. Several Members of European Parliament said too last year that batteries, hydrogen and other energy storage should be a “key topic of energy policy” for the EU, as they worked on a report on the role of storage in the network.

Another major barrier to building a business case for energy storage in Europe is the continued existence of double-charging regimes for using the grid in many countries including Germany. In other words, energy storage systems have to pay once for drawing power from the grid and then pay again to put power into the grid, but the report acknowledges that reform of these network charging regimes is an active policy area across Europe.