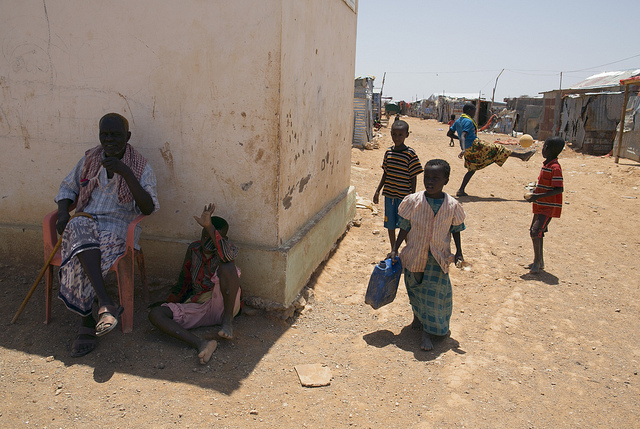 French energy storage developer and system integrator Electro Power Systems (EPS) has hailed the speedy execution of a microgrid’s expansion in Somalia, which has just been completed in less than 30 days.

An existing microgrid at Garowe, northeastern Somalia close to the East African coast, has had three wind turbines and energy storage systems fitted to it. The plant now helps the local region meet 90% of its electricity demand from renewables and energy storage, EPS claimed. The microgrid serves more than 50,000 residents of Garowe itself, with around 100,000 people in total connected to the grid via more than 12,000 connections.

The project was initiated by the utility National Energy Corporation of Somalia (NECSOM), with the first phase completed and connected in February 2016. The microgrid at that time added 1MW of solar PV generation capacity and 1.4MWh of energy storage to diesel gensets already in use at the site. According to EPS, since the completion of that portion of the project, electricity demand has risen in Garowe, necessitating the expansion.

NECSOM again contracted EPS for this expansion effort, with 0.75MW of wind turbines and 400kWh of additional energy storage combined with 3.1MW of generators. In total the project could save 1 million litres of diesel fuel annually.

EPS claimed the project expansion was possible in such a short time due to the ‘plug and play’ flexibility of the company’s technology, including the EPS-branded HyESS (Hybrid Energy Storage System). Settings for the system’s ‘intelligent microgrid management’ did not need alteration, or the energy management system.

Electro Power Systems has been making a name for itself with the execution of several off-grid or grid-forming projects in remote or energy isolated regions. The company claimed this strategy drove it forward to achieve financially “outstanding results” in early 2016, citing “major success” in off-grid solutions. The company was also involved in delivering microgrid and energy storage capabilities to a 500kWp microgrid in Lasanod, also in Somalia and not far from Garowe.

In April EPS received €30 million (US$31.88 million) in an equity-linked financing deal with the European Investment Bank (EIB) to its Italian subsidiary, EPS Italy. The money was said to be used for growth, continued research, development and innovation (RDI) activities and further commercialisation of the company’s hybrid-storage solutions and microgrids.