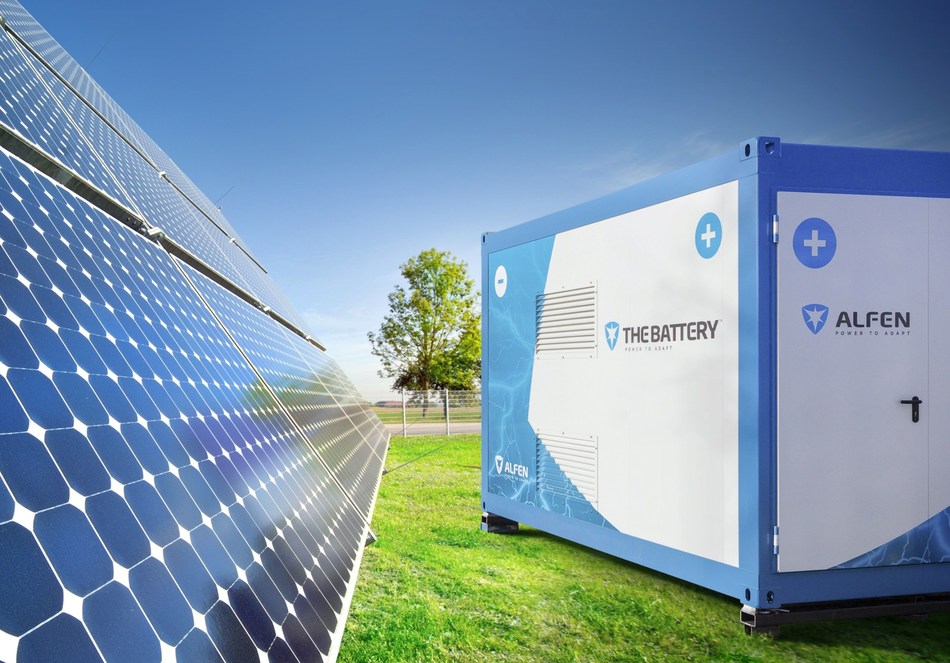 A distributed smart grid that can “heal” itself in the event of system components failing has energy storage and energy management software at its core, grid-scale system integrator Alfen has said.

The Dutch company has just launched Cellular Smart Grid Platform (CSGriP), which allows a range of distributed energy resources (DERs) to be integrated into one network. Alfen claims that in the event of a grid outage, the various modular blocks of resources that can be added to the platform are able to function “autonomously”, keeping power supplies running in unaffected portions of the grid setup.

Alfen, which in the past few months has begun work on the first grid-scale lithium-ion energy storage system to be commissioned in the Czech Republic and repeated a similar feat in Belgium, said CSGriP essentially separates the grid out into smaller “cells”.

In the event of failures that cause outages, the individual building blocks of the platform are able to restart generation sources connected to it and allow the generators’ output to continue being delivered to individual customers without disruption. Alfen claims that using the system could significantly reduce the “duration and size of central grid power outages”.

System deployed at Dutch centre for sustainability and innovation

One system using the CSGriP platform is already in use, at ACRRES (Application Centre for Renewable Resources) in Lelystad in the central Netherlands. The national centre for applied research in green and clean energy technologies has a 1,200 hectare test site.

At Lelystad, the Alfen CSGriP system is being trialled for its ability to integrate wind, solar and biogas energy and to then sell that power on to consumers. It uses a 0.5MW energy storage system and what Alfen calls a “complex algorithm used for local energy management”, both of which were delivered and designed by the Dutch company.

Alfen appears in particular to be eyeing the potential of the modular platform in rural electrification projects, connecting the billions of people in the world who lack even basic access to electricity with modern, decentralised renewable energy solutions. Taking such platforms to remote communities, Alfen said, would allow those communities, often in less-developed or less wealthy parts of the world, to gain modernised access to electricity without the costly buildout of centralised, fossil fuel-based transmission and distribution (T&D) infrastructure.

“We have vast experience with local micro-grids in the well-developed regions, but are also increasingly asked to put our experience with storage, power grids and energy management into practice in other areas in the world, enabling them to leapfrog towards the energy system of the future,” Alfen energy storage specialist Evert Raaijen said.

The project at ACRRES is being supported with a subsidy for an unspecified sum of money from the Netherlands Enterprise Agency (RVO), a national scheme which supports projects from a number of societal perspectives including sustainability and innovation.

Alfen, which makes grid equipment like substations and distribution network equipment like electric vehicle (EV) charge stations, also partnered with groups including DNV GL, Delft University of Technology, grid operator ALLIANDER and ACCRES itself on the deployment at the testing centre.

“Unique about this solution is that the local cells are intrinsically stable through self-adjustment of supply and demand based on the frequency of the electricity grid,” Alfen’s Evert Raaijen said.

“This makes the grid truly self-healing in cases of central grid outages. The self-healing mechanism based on frequencies truly sets it apart from many IT-related smart grids that require relatively vulnerable data and ICT connections for balancing local grids.”

Various providers of energy storage-focused grid solutions have begun offering innovative products that are designed to take the strain out of operating a more modern, distributed grid – recent projects in the US and in Germany, for example, have delivered modular grid assets that can “black start” large-scale generators that come offline unexpectedly.