Energy Storage Digital Summit: The importance of fire safety for the growth of storage in New York 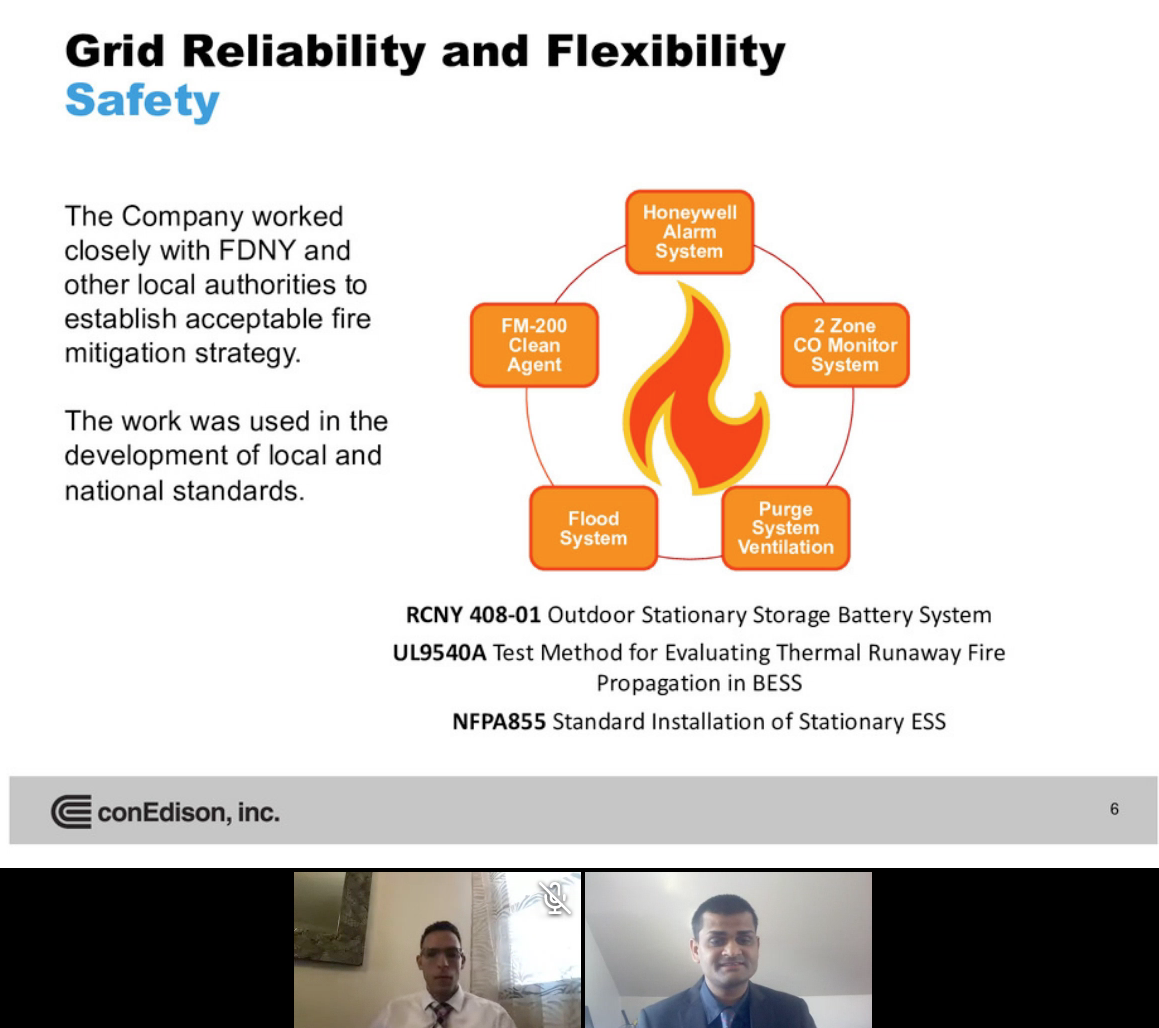 The importance of fire safety for the development of energy storage in New York City quickly came to the forefront of discussion, during the Energy Storage Digital Series.

New York State and in particular its densely-populated urban centre has among the most stringent fire safety and building code regulations in the world. On Monday, the opening day of our week-long online conference, Dirk van Ouwerkerk, senior VP of energy storage development at US solar and energy storage (and solar-plus-storage) project developer Soltage pointed out that this had led to a “complete pause” on energy storage projects between 2015 and 2018.

While development has now returned at pace with some significant projects deployed in the past year or so in New York State and in NYC itself, van Ouwerkerk said that the resumption of the pause had been centred around developing codes of best practise and enforcing adherence to standards – particularly UL9540, which is basically a burn test for stationary storage. Other states, jurisdictions and international geographies may follow New York's lead, Dirk van Ouwerkerk said, and that documents around UL9540 and other standards New York has adopted are “good guidelines”. He added that the City University of New York (CUNY) website has some useful accessible online resources related to those standards and guidelines.

Fellow panellists on the session, which was called Timeline to Building a Safe Energy Storage Project, included Hecate Energy's general counsel, Holly Christie, who said that when it comes to safety, energy storage developers need to engage with communities including first responders in the event of emergency: “It’s easier to plan for the worst, way before the worst happens”.

Ins ensuring the fire safety of storage systems for New York, Kamaludeen pointed to the five-pronged procedural and technical approach Con Edison has been taking. This includes use of a Honeywell Alarm System, a two zone CO monitoring system, purge system ventilation, a flood system and FM-200 Clean Agent. This approach was utilised at the company’s first storage site in the New York City area, a 2MW site in Queens. In a highly congested area like New York City, concern over fire safety is thrown into particularly sharp focus, Kamaludeen reiterated.

“As you integrate assets like this into the distribution system, you are basically [doing it] in someone’s back yard, so you can imagine the pushback you get,” explained Kamaludeen.

He continued that much of this pushback is due to a lack of understanding about the technology, not get from local residents but also from the Fire Department of New York (FDNY).

Part of this has been the lack of regulations, with the Queens battery developed before there were specific standards around battery safety in New York.

Prior to the end of 2019, the stacking of energy storage systems along with putting these systems in buildings was not allowed according to Kamaludeen. But a recent FDNY order around outdoor stationary energy storage activity “left the door open to entertain stacking, or indoor storage facilities,” he continued.

“But what the requirements you need to comply with are, is currently unclear.”

The vast majority of energy storage systems in New York City currently are containerised, due to these previous regulations. This could now change thanks to this new order, helping to facilitate the growth of storage in the city.

While Kamaludeen mentioned he hadn’t seen a particular grow in the interest in energy storage since the FDNY order, he believes this is due to the current lack of clarity. The high upfront cost of project, in particular permitting, will mean that till there is greater clarity about what is and isn’t allowed, there is unlikely to be a surge in applications. In the near future though, this will hopefully change, Kamaludeen said.

The Energy Storage Digital Series is taking place 11-15 May 2020, online. “New York’s leadership in standards and codes: from NFPA to International Fire Codes” will be among the topics discussed at this morning's (14 May 2020) session of the Digital Series, “Storage in Urban Environments”, taking place at 9:00am Eastern Time (2pm BST). You can still register free to watch and take part here, and you can also view sessions you may have missed on-demand with the streaming service.