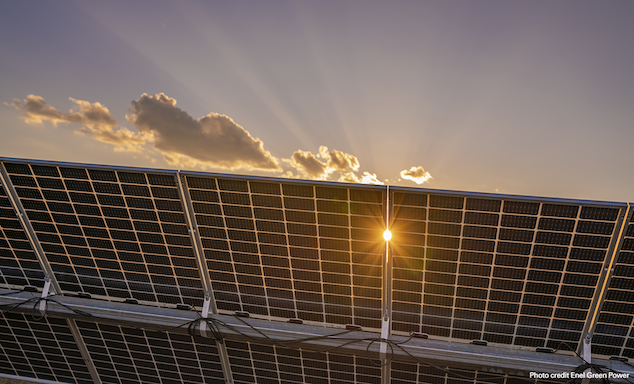 Construction has begun on more than a gigawatt of large-scale renewable energy projects with battery storage attached in Texas, by Enel Green Power North America, the regional renewable and clean energy arm of European utility Enel.

The parent company said earlier this month that it has begun building out two solar-plus-storage facilities and one wind-plus-storage facility in Texas, while it is also retrofitting battery storage to existing wind and solar projects in the state. The company also announced that it is constructing two large-scale wind farms, one in Illinois and the other in Ohio with outputs of 200MW and 140MW respectively.

The news follows the March announcement that construction had begun on Azure Sky wind-plus-storage project in Throckmorton County, Texas, pairing 350MW of wind generation with “approximately 137MW of battery storage” and with cereal company Kellogg's signed up as an off-taker for 100MW of its output through a long-term power purchase agreement (PPA) deal. Azure Sky was Enel’s first large-scale wind project with a battery and the company’s third renewables-plus-storage hybrid in total so far, all three in Texas.

The newest announced projects with battery storage are:

Enel said that it now has around 2GW of generation capacity under construction across six Texas projects and about 600MW of battery storage, while the freshly announced Roseland project will be its biggest solar-plus-storage project in North America to date. The company said all of the projects mentioned above have off-taker agreements in place for a portion of their output.