Approval has been granted for construction of a large-scale battery energy storage system (BESS) at the site of an existing fossil fuel power plant in New York.

The company plans to put a total 350MW of battery storage at Astoria Generating Station in the borough of Queens and at its Golwanus and Narrows power plant sites in Brooklyn.

Eastern Generation is calling the three energy storage plants collectively the Luyster Creek Energy Storage Project, starting with the one at Astoria.

New York State Public Service Commission found that the project will help reduce the state’s reliance on fossil fuels including oil and gas-fuelled peaker plants, which often run for only a few hours a year but are among the most polluting resources on the grid.

They are also expensive to maintain and subject to fuel cost volatility, and various efforts are ongoing around New York to retire and replace peaker plants with renewables and storage, notably in Long Island, which has 2.3GW of peakers, including some that run on kerosene, out of the state’s total of about 6GW.

The Commission said the Astoria battery project is expected be operational by 2024, and will trade in the wholesale market, generating revenues on a merchant basis rather than through long-term contracts.

Eastern Generation CEO Mark Sudbey, the entire Luyster Creek Energy Storage Project trio could be completed and commissioned by 2025, “if market conditions permit and proper economic incentive investments are made by the state,” Sudbey said.

The state has in place a 6GW energy storage deployment target by 2030 to enable 70% renewable energy penetration on the grid by that year.

Existing, decommissioned and planned-for-retirement fossil fuel sites offer an opportunity to develop battery storage, one of the primary reasons being the available land and more importantly grid interconnection agreements as well as being easier to permit for construction on. A couple of such projects have already been built in California already and several are planned in Australia too.

There is also an environmental justice angle to the siting of the new battery plant: New York City’s fossil fuel power plants are disproportionately located in or near poorer or disadvantaged neighbourhoods and communities of colour.

Case in point was Charles Poletti Power Plant, on a site adjacent to Astoria Generating Station in Queens. A natural gas and oil-powered peaker plant named after a former governor of the state was among New York’s biggest sources of pollution before it was decommissioned in 2014.

The land it sat on is owned by the New York Public Power Authority (NYPA), a public-benefit corporation which supplies around a quarter of the state’s electricity.

NYPA is leasing the necessary land to utility Con Edison, which in turn has contracted Hanwha Group-owned developer 174 Power Global to build. Approval for that was granted by the New York State Public Service Commission last July, as reported by Energy-Storage.news.

NYPA is itself looking to replace its own fleet of peaker plants with cleaner alternatives, with the expectation this will involve battery storage. The utility issued a request for proposals (RfP) in April.

As of the end of 2021, the New York Department of Public Service said 1,230MW of storage was deployed, contracted or awarded in New York, but noted that there were 12GW of new projects in interconnection queues.

“Energy storage is vital to building flexibility into the grid and advancing Governor Hochul’s ambitious clean energy goals,” Commission chair Rory M. Christian said as the permitting decision for the Astoria project was announced on 16 June. 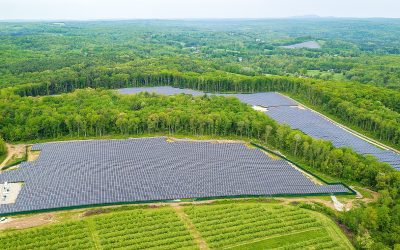