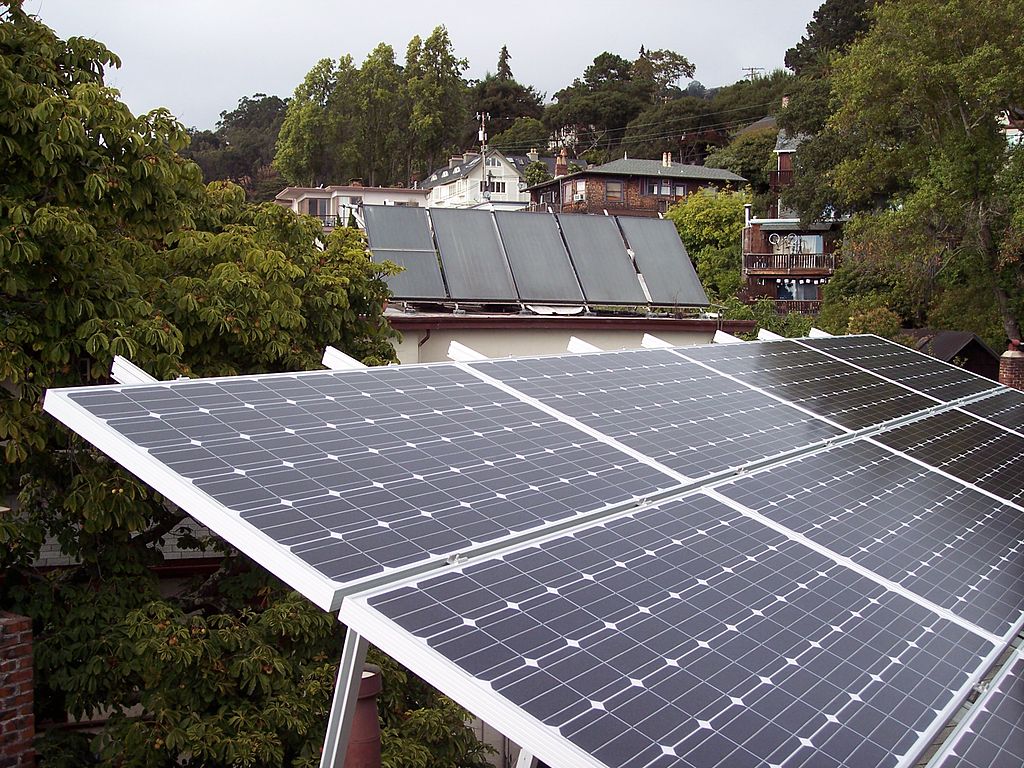 Many with solar panels in the state have been caught out by the fact that when the grid goes down, they cannot access the power generated on their own homes. Image: wikimedia / user Firstcultural.

With Public Safety Power Shutoffs increasingly common in California to prevent the spread of wildfires, many are calling for more residential solar plus storage to help keep the lights on.

The Californian wildfire season has been devastating, with some 53,354 acres burned according to the California Department of Forestry and Fire Protection. This autumn, its estimated that three million state residents were left in the dark for days, as part of Public Safety Power Shutoffs.

Shutoffs are being enacted by utilities Pacific Gas and Electric (PG&E) and Southern California Edison in order to minimise the spread of the fires. They have also been exacerbated by PG&E facing bankruptcy due to charges brought against the company for its role in previous fires such as the Camp Fire which killed 85 people. On Saturday, the company agreed to pay a US$13.5bn settlement to victims.

Many with solar panels in the state have been caught out by the fact that when the grid goes down, they cannot access the power generated on their own homes. As such, many are turning to solar plus storage solutions.

One of the companies hoping to benefit from the surge in demand, as well as help Californians to have a safe and reliable power source is OutBack Power Technologies. The EnerSys company is offering the states residents 24% off its Manufacturer Suggested Retail Price on three energy storage packages till March 2020.

“Solar system owners in California with net-metering agreements are learning the hard way that when the grid goes down, so do their panels,” said Sanjeev Choudhary, Vice President of Renewable & Industrial Energy Storage Systems of EnerSys.

“Preemptive shut-offs due to wildfires are the new normal for California, and residents across the state realize they need to take direct control of their power if they want electricity when they need it. We feel deeply for people in the state affected by these fires, and understand rebuilding takes time, which is why we are offering our discount until March of next year.”

Other companies are also seeking to take advantage of the growing need for solar plus storage in the state, including SimpliPhi. The company – that touts the safety of its lithium iron phosphate systems at various scales from residential to commercial – has called the shutoffs a “draconian” measure that fails to address the real problems.

Startups along with big names such as Sonnen, Enphase, Sunrun and Vivint  are looking to make a mark in California, as these shutoffs become the new normal. These include Mission Critical Energy, Startup BoxPower and Neovolta.

The California Public Utilities Commission has made changes to the state’s Self-Generation Incentive Program in order to ease the rollout of renewable technologies. It will pay out over half a billion dollars to technologies including large and small scale energy storage, with the aim of reducing the state's reliance on the grid as well as increase renewable generation.