A newly-announced battery gigafactory in the US from startup SPARKZ will make batteries suitable for grid storage and will be built in the heart of Appalachian coal county in West Virginia.

The official announcement was made last Friday during a visit to several sites in the US state by US Secretary of Energy Jennifer Granholm and Secretary of the Interior Deb Haaland.

Together with West Virginia Senator Joe Manchin, they unveiled various measures aimed at reinvigorating the local economy and retraining and retooling the workforce away from fossil fuels.

US$5 million funding for an initiative to develop a US battery supply chain workforce was probably the biggest announcement made on the policy front: the Department of Energy’s initiative seeks to create a “coherent national approach” to this issue, it said.

The DOE will support training pilot programmes to grow unionised and well-paid labour in the energy and automotive industries, convene with industry and labour leaders and coordinate with the Li-Bridge public-private partnership to advance US lithium battery manufacturing, as well as with the Federal Consortium for Advanced Batteries (FCAB) which has been formed by government agencies.

Meanwhile SPARKZ, which claimed to have developed a cobalt-free, solid state lithium battery technology, said it will build its gigafactory in West Virginia and is now determining final site selection from two potential locations.

The DOE said SPARKZ’ promised investment into workforce development and training will be significant, including a partnership with the United Mine Workers of America to directly train up West Virginians that transition into the “new energy economy”.

Although the company did not give an indication of the expected production capacity of the factory, it said 350 workers will be initially employed as it commercialises the battery tech and the factory should open during this year.

Reducing the US reliance on China for nearly the whole lithium-ion battery value chain at present is considered a motivating factor behind the plant’s development.

Little info is given on SPARKZ’ website about its technology, although the company got a US$2.6 million grant from the California Energy Commission in 2021 to develop it and a pilot production facility and R&D centre were opened in that state’s Silicon Valley near the beginning of this year.

The batteries are lithium iron phosphate (LFP), but are claimed to be twice the energy density of comparable products made in China and the technology is exclusively licensed from six patents held by the DOE’s Oak Ridge National Laboratory, an R&D partner to the company.

“Sparkz is re-engineering the battery supply chain by eliminating cobalt and setting our sights on making other battery components in America to end China’s dominance,” SPARKZ CEO Sanjiv Malhotra said.

“The Biden Administration’s efforts to support economic revitalisation in energy communities is extremely important for workers and job creators like us as we scale to full commercial production. America’s clean energy future will reach its potential when we innovate and manufacture the next generation of energy storage domestically.”

The US lags behind Europe in kickstarting its domestic battery manufacturing efforts, but it has been a stated priority of President Joe Biden and his colleagues for some time. Funding for close to US$3 billion to support this was announced recently, among other measures taken.

Another LFP-making startup, American Battery Factory, recently claimed that it could have a network of US gigafactories up and running within two years.

Makers of lower range electric vehicles (EVs) are starting to favour LFP because of its cost, longer lifecycle and perceived safety advantages, while energy storage system integrators have been adopting it for longer, particularly as the stationary storage sector is not as sensitive to energy density concerns as the automotive trade.

Politically-minded clean energy observers might take heart at Manchin enthusiastically welcoming the gigafactory and other energy and economic transition plans for his region and praising the bipartisan Infrastructure Investment and Jobs Act which is enabling them. He also highlighted his support for a West Virginia Hydrogen Hub.

The Senator has more recently been noticed as the obstructive force preventing Biden’s equally bipartisan Build Back Better legislation, which includes significant funding and tax measures to support clean energy, from passing.

“At every stop, we heard from West Virginians who reminded us of the enormous sacrifices our coal communities have made to keep the lights on and power our nation,” Manchin said of Granholm and Haaland’s visit.

“I was especially excited about the new initiatives and developments we announced to help diversify and strengthen the West Virginia economy by creating new and good-paying jobs and revitalising our communities.”

West Virginia governor Jim Justice on the other hand, who has spoken in the past of his will to keep coal plants running even if they no longer prove economical, went a little off-message at the event, with a comment that “harnessing the power of our coal, oil and natural gas, and by embracing an all-of-the-above energy strategy, West Virginia can help put America back on a pathway to energy independence”. 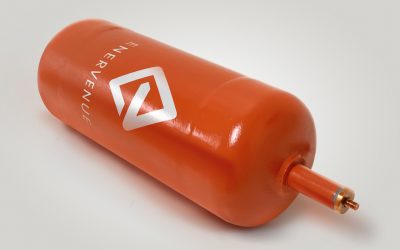 July 7, 2022
Enervenue has already got 5GWh of customer orders for its metal-hydrogen battery for stationary storage.