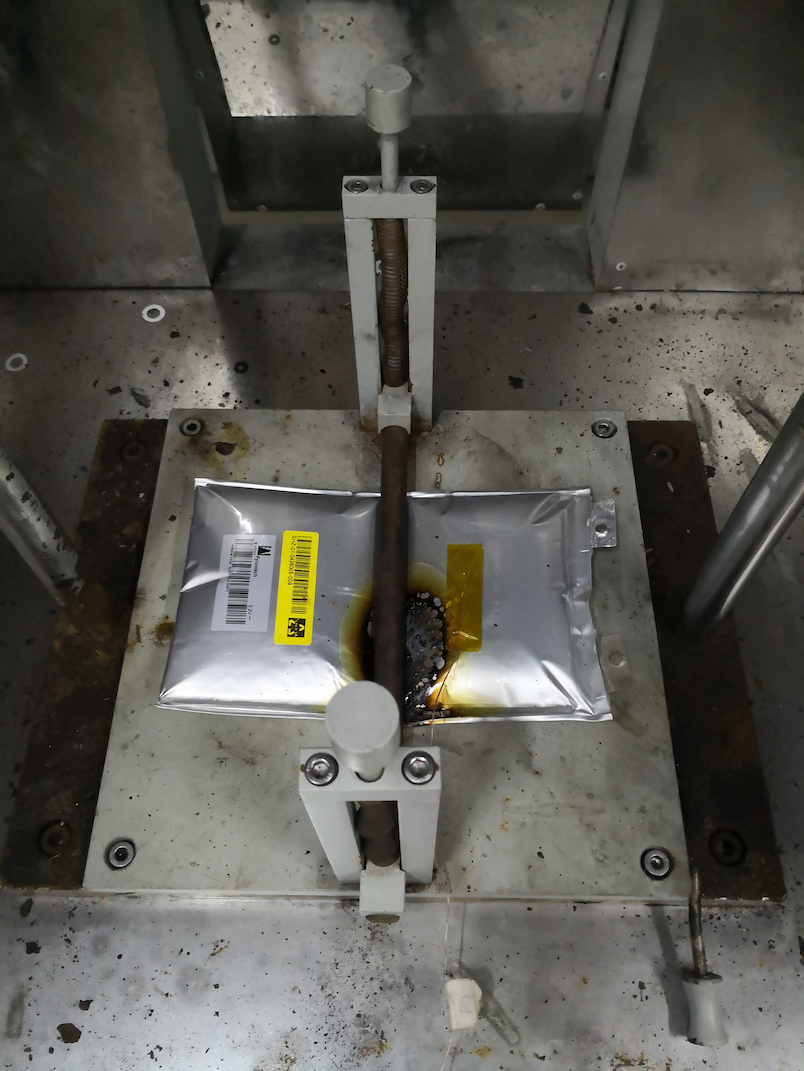 Lithium iron phosphate (LFP) chemistry batteries’ perceived safety advantage over their ‘rival’ nickel manganese cobalt (NMC) may be overstated and claims to that effect stand in the way of “transparent discussion”, Energy-Storage.news has heard.

Both chemistries are used in stationary energy storage systems, with the more energy dense NMC batteries currently being used more commonly in electric vehicle (EV) applications. Many providers and customers are beginning to choose LFP cells however, with one of the main reasons being that LFP cells require more heat before thermal runaway events are caused.

Christina Lampe-Onnerud, CEO and founder of Cadenza Innovation, said that while in principle there are “slightly different triggers” that can cause either cell type to cause fires, either cell type can also be used safely. Lampe-Onnerud said that this is because it is ultimately not the LFP or NMC cathode that burns in a thermal runaway event, it is the organic electrolyte.

Cadenza Innovation has developed a lithium ion ‘Supercell’ architecture that the company claims can prevent a cell that has gone into thermal runaway from propagating and spreading fire into adjoining cells – with the company recently receiving UL 9540 A certification that appears to back up the claim.

According to the CEO, that was done using cells with “the highest nickel content,” and the battery design architecture is agnostic to whether LFP or NMC is used. In other words, Lampe-Onnerud said, it does not matter which cell type is used, as much as the control strategy for using it safely, but the choice LFP is increasingly being “spun as a silver bullet solution” to the thermal runaway problem.

“If we just had a transparent discussion, we would say lithium ion as a chemistry can use the entire first row of transition metals [on the periodic table]. So iron is in there. Manganese is in there, nickel is in there. They will all have a slight difference how quickly or on what trigger, they go into thermal runaway, but let's just not fool ourselves. They are all energy materials.”

There may however, be other differentiators that will split the market further between the chemistries. While Powin Energy’s executive VP Danny Lu recently told Energy-Storage.news that safety is one main reason his company is supplying systems built with LFP cells from Chinese manufacturer CATL, he also said that this meant that Powin was not reliant on constrained EV supply chains during 2018 and 2019 as many others in the industry had been. Production in big volumes from a well known name such as CATL also meant Powin had a tailor-made solution for stationary storage at a locked-in price.

While the industry as a whole owes a more than 85% reduction in the cost of lithium batteries since 2010 to the growing demand for EVs, the demand for NMC batteries from the EV sector meant that the stationary storage industry suffered well-documented supply shortages.

While there was a shortage of NMC batteries in the storage market, there were plenty of LFP batteries available – with capacity mostly in China,” Gupta said.

The fact that cobalt is not needed for LFP batteries may well be another big differentiator, and while the early big volumes of batteries produced for the EV industry meant cost reductions for NMC, its rival chemistry can also benefit from a rapid scaling up too, Energy-Storage.news heard from Bo Normark, industrial strategy executive at EITInnoEnergy, a European innovation accelerator and investor.

“The automotive sector is actually going towards NMC because to have the high energy density, they can produce at low cost because they had such enormous big volumes [of production]. But as you're seeing recently now, LFP has popped up, not least in China because LFP can be even lower cost than NMC and you don’t need cobalt. So again if you look at stationary storage, it’s quite likely that LFP – produced in very big volumes – can have a very low cost and be extremely competitive,” Normark said.

Normark said that safety is perhaps likely to be less of a differentiator than cost over time in battery cells. As Christina Lampe-Onnerud also said, the safety of a system is more critically down to the battery management systems, which Normark said are becoming “very, very advanced”.

“So think that [safety question] will be solved, I don’t think it will be a determining factor at the end of the day. It will be more about cost and you will be more and more differentiated between the power and energy cells.”

“Our view is that NMC and LFP will both play a role in energy storage and so having a system that has the capability to use one or the other is important,” Perusse said on the launch of the Fluence Cube modular solution.

“There’s obviously tradeoffs for which applications you use it for, degradation profiles, running profiles, so all of those play a part in the selection, but we’re seeing even suppliers starting to offer, some suppliers offer both and the system itself is designed to take either of those two.”

Read 'Safety and efficiency first in solar-plus-storage', a technical feature article from experts at VDE on many of the factors that need to be considered in safe lithium-ion system creation, here.