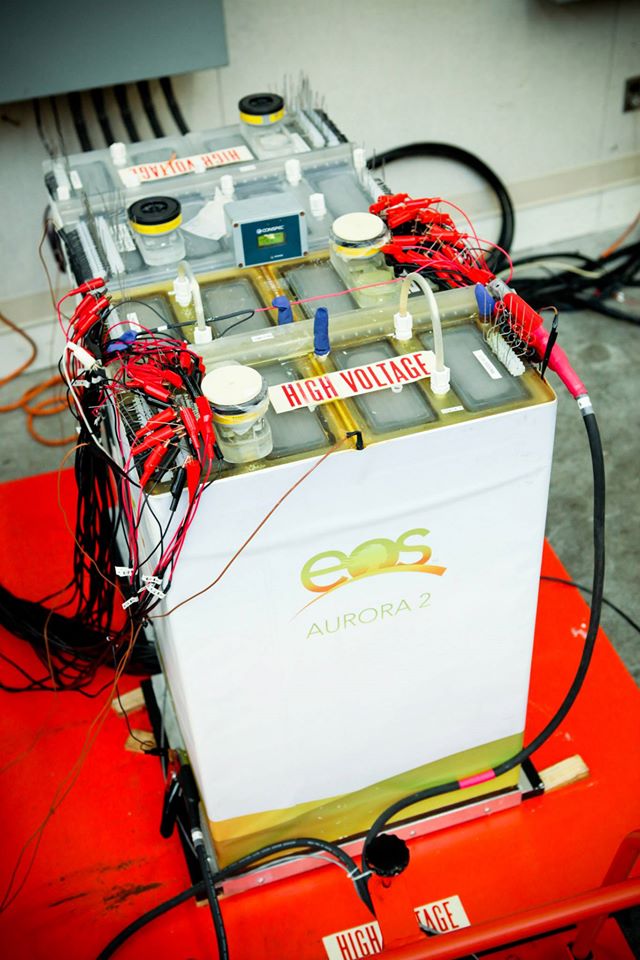 The value of a front-of-meter battery energy storage system in California could be doubled or even trebled, by adding more than one revenue stream to the project, a new report says.

Prepared for novel energy storage battery and system maker Eos Energy Storage and funded in part by the California Energy Commission (CEC), the report, published yesterday by consultancy Brattle Group, attempts to “accurately quantify the benefits of multiple value streams” for battery projects in the US’ most advanced market for the technology. It found that “significant” value could be added by system designers and operators widening their focus from single use applications.

CEC, which is trying to actively encourage and accelerate adoption of energy storage in California, has already been a sponsor to three demonstration projects utilising Eos Energy Storage’s zinc hybrid cathode batteries, the largest a 125kW / 500kWh system in Northern California. In part using this and the two other Eos systems, CEC is assessing the potential economic benefits for energy storage. The Brattle Group report, ‘Stacked benefits: Comprehensively valuing battery storage in California’, is part of this ongoing assessment process.

Modelling a large-scale energy storage system in California and running it through “sophisticated software”, Brattle claims its report is different to most others examining the economic value of energy storage in that it looks at the simultaneous delivery of multiple applications rather than assessing each application in isolation.

According to the consultants, the modelling software used was able to “accurately represent the dispatch of the battery subject to pre-defined operational characteristics” which can simulate closely the operation of a battery even in the case of what Brattle calls “difficult-to-quantify” benefits such as time-shifting solar production for arbitrage. The report looks at these issues in a way specific to California’s market conditions and system costs.

While it could cost between US$200 and US$500/kW-year to deploy a 1kW / 4kWh battery, the benefits, when stacked, could be around US$280 annually, Brattle said, although big variations exist between technology types and system configuration. At the uppermost level modelled, this could be around US$328/kW-year. The biggest values are to be found in three areas: avoided capacity cost, frequency regulation and in energy price arbitrage. It is important to note, however, that the authors said there may be different ‘depths’ of opportunity to these applications – for instance, while frequency regulation is the single most lucrative use of energy storage in most markets, it tends to be a market segment that becomes quickly saturated with providers, eventually lowering the value of the service and the availability of opportunities to participate.

The study recognises that certain streams could not be delivered simultaneously for market design or technical reasons, and so a commercially-licensed production cost market simulator, Power System Optimizer (PSO), was used to optimise the battery’s use across available multiple value streams.

Brattle found that the most difficult value to quantify is how much money can be saved in the avoidance of transmission and distribution (T&D) infrastructure upgrades by deploying energy storage, but said there is “increasing interest” in this use case in California and elsewhere. By looking at a marginal cost calculator provided by California’s Public Utilities Commission (CPUC), other states’ demand response filings and economic studies on energy storage, Brattle found that in a base-case scenario, some US$33/kW-year could be saved by networks.

Overall, Brattle Group said, the analysis indicates that stacking the benefits of energy storage could compare favourably to the costs of deploying the technology. The study also looked at policy and regulatory support for energy storage in California, as well as existing barriers.

In a 2015 study, sustainability group Rocky Mountain Institute found that battery energy storage could provide 13 different services to grids, with the technology becoming more useful the more 'distributed' it is across a network. Back at the beginning of that year, energy expert Melissa C Lott told Energy-Storage.News that benefit stacking could be a way for energy storage to overcome some “crippling challenges” and would likely be “critical to the value proposition of many storage systems”, going forward.