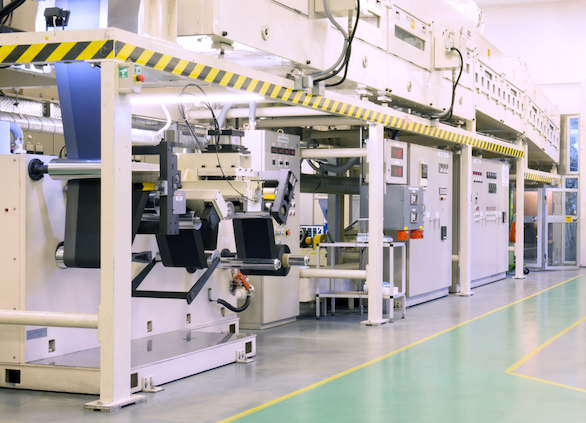 Britishvolt and partner AMTE Power signed a memorandum of understanding (MOU) in May for the factory plans. Image: AMTE Power.

South Wales is likely to be the location for the UK’s first lithium-ion 'gigaplant', as Britishvolt announces plans to combine the site with solar.

An initial 42 locations were considered, with two sites left in the running. Bro Tathan in South Wales is in the lead due to the Welsh government welcoming the project “with open arms and impeccable due diligence”, according to Britishvolt, as well as the region meeting criteria for import/export accessibility, availability of labour and skilled staff and being in convenient geographical proximity to customers and local industrial companies.

Alongside location, it was also announced last week that the two companies are to build a solar park alongside the factory to support the production of the batteries.

The battery manufacturer signed a memorandum of understanding with AMTE Power in May for the full cycle battery cell gigaplant, which is to have a production capacity of up to 35GWh.

The companies are aiming for a product launch date of 2023, with an initial £1.2 billion (US$1.5 billion) of investment into the site which they said will lead to around 3,500 jobs.

The site is to be one kilometer long and 30 meters tall and therefore requires 80+ hectares of land, meaning the gigaplant will have “one of the top three largest single footprints in Europe”, according to Lars Carlstrom, CEO at Britishvolt.

“We aim to deliver a scalable, onshore production and diverse portfolio of world-class lithium ion batteries, to support the unprecedented transition to electrification – primarily servicing the automotive and energy storage markets,” he added.

Start-up Britishvolt also said late last week that it has recruited a chief strategy officer with close to two decades of experience in the industry. Isobel Sheldon, a lithium-ion battery industry veteran most recently serving as director of business development at Britain’s government-backed UK Battery Industrialisation Centre which opened in 2017, will also be the Head of the Advisory Board to support the construction of the Britishvolt ‘Gigaplant’. Prior to joining the UK Battery Industrialisation Centre, Sheldon had held roles including at Johnson Matthey Battery Systems, where she had been engineering and technology director.

Sheldon said that the planned factory is “not only one of the most exciting green projects currently taking place in the world, for both the automotive and energy sectors, but will be of huge national importance as the UK Government looks to fulfil its green agenda and meet its Road to Zero (net zero by 2050) targets”.