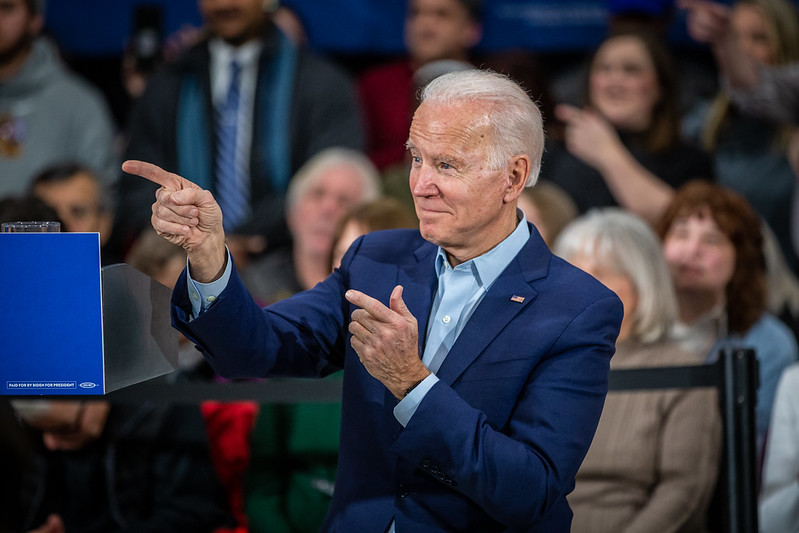 A plan proposed by US president Joe Biden to invest US$2 trillion in infrastructure has been praised for “prioritising energy storage and policies that support the industry’s growth”.

Unveiled by Biden alongside vice president Kamala Harris yesterday, the American Jobs Plan is part of the Build Back Better agenda, a strategy that Biden has referred to as an “updated social contract” to drive forward economic recovery post-COVID and repair structural weaknesses and inequalities in the “old economy”.

Its cost would be equivalent to about 1% of America’s GDP per year over eight years and was described in White House communications as consisting “principally of one-time capital investments in our nation’s productivity and long-term growth”. One of the chief mechanisms for paying for it that the administration has proposed would be a higher rate of corporation tax of about 28%.

“The American Jobs Plan is an investment in America that will create millions of good jobs, rebuild our country’s infrastructure, and position the United States to out-compete China,” a statement issued by the White House said.

While the wide-ranging plan focuses on everything from transport, clean drinking water, buildings and housing and manufacturing, a lot of which would have a positive direct impact on decarbonisation, it also includes a major set of provisions directly relevant to the clean energy industries.

As our sister site PV Tech reported yesterday, the bill would grant a 10-year extension to the Investment Tax Credit (ITC) and Production Tax Credit (PTC), tax incentive schemes currently applicable for clean power generation technologies and extend the scope of the ITC to include energy storage systems. Presently the ITC can be applied for solar, as well as for storage systems if deployed simultaneously at new-build solar power plants. There have been bipartisan efforts by lawmakers to get an energy storage ITC passed since 2016, most recently through the Energy Storage Tax Incentive and Deployment Act which was put forward by a group of politicians from both sides of the Republican-Democrat divide earlier this year. The plan would also dedicate around US$100 billion to building long-distance transmission lines to harness solar and wind resources and improve resiliency in the grid.

Jason Burwen, interim CEO of the US national Energy Storage Association said yesterday that building back better is an aim that requires the country to “deploy energy storage at an unprecedented scale.”

“President Biden’s American Jobs Plan would put us on that path.”

‘We stand ready to work with the Biden Administration, Congress, and state leaders to build back better with energy storage’

The ESA commended the White House for “prioritising energy storage and policies that support the industry’s growth in the American Jobs Plan,” Burwen said.

“Chief among those priorities is the investment tax credit (ITC) for energy storage, which will level the playing field with other clean energy technologies and accelerate storage deployments to the pace required to meet the president’s goal of a carbon-free electric system by 2035”.

Burwen and the ESA also applauded other “important parts” of the Plan, such as targeted grants to build or retool factories, which would promote increases in battery manufacturing capacity in the US and create a reliable and independent supply chain. The country’s near-total dependency on imports of materials and equipment for batteries and energy storage systems has already been a focus for the President since he took office in January.

Also praised was the inclusion of legislation to enable federal government purchasing of power to enable procurement of dispatchable, 24/7 clean energy resources, which Burwen pointed out energy storage would be key to delivering. Finally, the inclusion of commitments to enable communities vulnerable to climate disaster and pollution to invest in resiliency and to investing around US$35 billion in R&D for various clean energy technologies was also welcomed.

“We stand ready to work with the Biden Administration, Congress, and state leaders to build back better with energy storage.”

Jason Burwen has been the acting ESA CEO ever since former chief exec Kelly Speakes-Backman was recruited by the Biden-Harris Administration to join the Department of Energy’s Office of Energy Efficiency and Renewable Energy in January, another development that the clean energy industries have pointed to as a sign of the administration’s commitment on climate. Under Speakes-Backman's leadership and now Burwen's, the ESA has strongly advocated for the Investment Tax Credit being extended to standalone energy storage systems; they and their members have also spoken strongly in favour of making the ITC a direct-pay subsidy rather than the complex tax accounting mechanism it is now. The American Jobs Plan proposal includes this direct pay option.

Other developments taken as positive proof of the Biden-Harris' commitment to climate and energy equality have included the high-profile appointment of Jennifer Granholm as Energy Secretary, with Granholm in recent weeks saying the US needs to deploy massive amounts of renewable energy capacity in the next four years and pointing out the potential of flow batteries for grid storage, among other things.

As our colleagues at PV Tech noted yesterday, Biden’s American Jobs Plan is likely to face a rocky road to being implemented. Neil Bradley, executive vice president and chief policy officer of the US Chamber of Commerce called the plan “dangerously misguided when it comes to how to pay for infrastructure,” despite conceding that a “big bold programme” was needed to deal with the country’s “crumbling infrastructure”.

Nonetheless, Princeton University macro-energy systems engineer Jesse Jenkins said of the plan via Twitter that the “total impact looks transformative”; not just in the amounts of dollars committed but in the modelled impact that it would have on modernising US infrastructure to be more reliable and lower carbon intensity.

The plan, particularly the provisions for tax incentives that could unlock large sums of private investment, “could be up to the task of getting the US on track to 70-80% clean electricity by 2030, all while shifting a big chunk of the initial cost of this transition from ratepayer bills to the federal tax base,” Jenkins wrote.