Battery systems for microgrids on three continents on the way from Rolls Royce, Fluence, Duke Energy 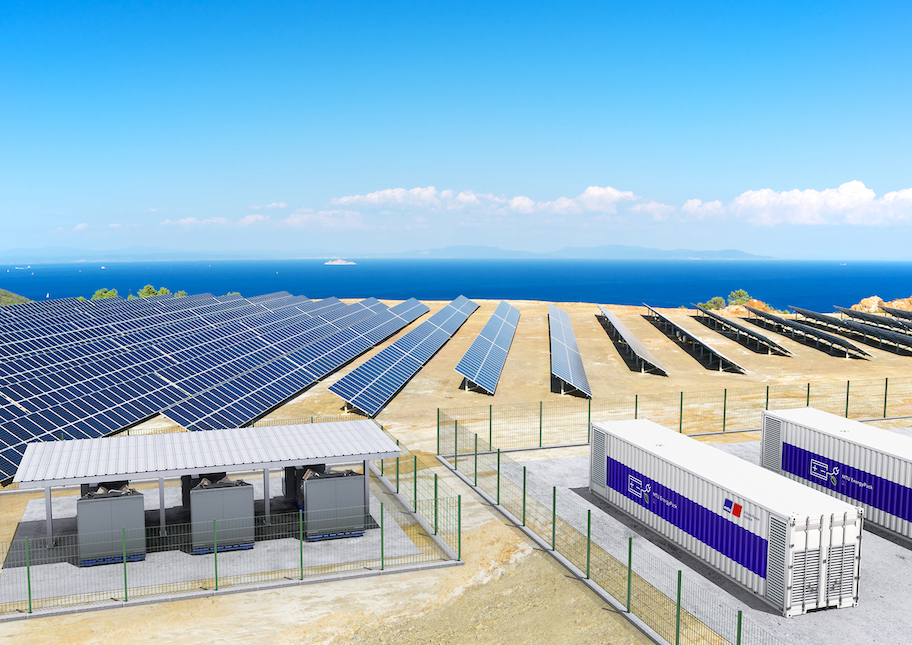 Microgrid projects on three different continents that include multiple megawatts of battery storage alongside renewable energy have been announced in the past few days from well-known industry players.

Fluence in Azores project in Mid-Atlantic

Having launched its 6th generation of battery storage products earlier in the year, Fluence will be supplying a 15MW energy storage system based on its new Gridstack modular solutions to a project on the Portuguese mid-Atlantic islands of the Azores.

The nine islands of the Azores archipelago have separated, isolated and autonomous energy systems. They all have a good potential for renewable energy projects and electric utility company Electricidade dos Açores (EDA) has contracted Siemens-Fluence to install the battery storage on the archipelago’s second biggest island, Terceira. The project is expected to be completed during 2021.

Installed alongside hydroelectric, wind and geothermal energy resources (see diagram below) the battery storage system will perform frequency regulation and voltage control for the grid, provide spinning reserve and store surplus renewable energy. Terceira is already running on about 20% to 30% renewables but around 6MW of additional renewable energy resources are expected to be added to the island’s grid in near future, bringing that figure closer to 60%.

A microgrid management system will be used to monitor and control the associated infrastructure. EDA chairman of the board of directors Duarte José Botelho da Ponte said that will enable an optimised operation strategy for the system, as well as the “optimal balance between production and consumption of energy” while increasing security of supply for the utility’s customers.

“With the storage technology in combination with the microgrid application, we aim to maximise the integration of renewable energy sources on Terceira. At the same time, we would like to ensure a power supply at the highest standards of quality and reliability,” Duarte José Botelho da Ponte said. 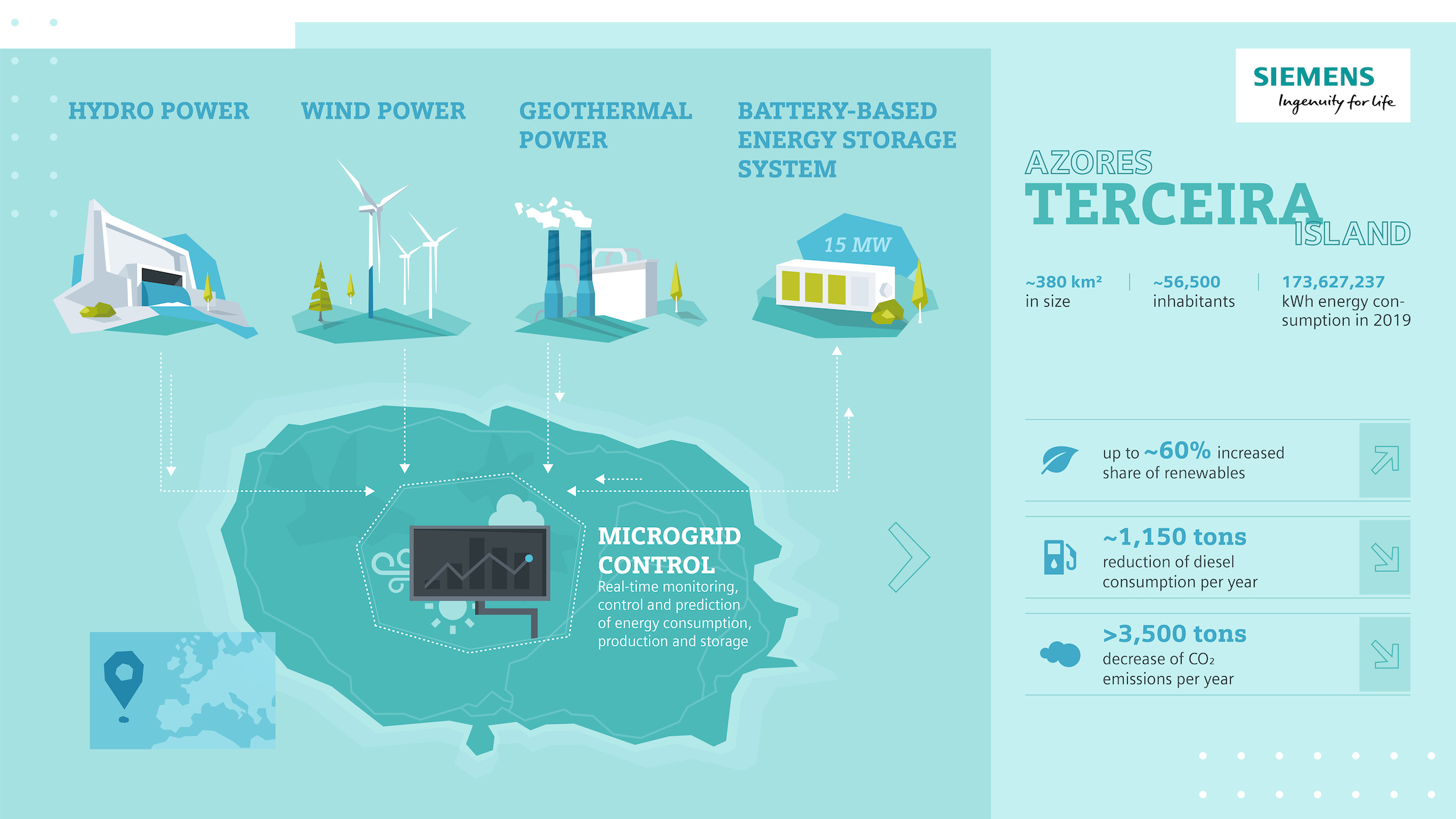 Rolls-Royce Power Systems will supply 4,268kWh of its MTU EnergyPack battery storage solutions to a project on Rarotonga, one of the South Pacific Cook Islands.

The island has a population of around 11,000 people and the three 40ft containerised battery systems will be integrated with a power plant run by a local utility. The batteries will provide power reserves, support the grid and support the increasing penetration of renewable energy. Expected project completion dates were not given by Rolls-Royce in a press release.

The batteries will be combined with solar PV as well as diesel generators. New Zealand energy solutions provider Vector Powersmart selected Germany-headquartered Rolls-Royce Power Systems as supplier following successful deployments of the latter’s MTU-branded storage solutions on two other projects: one also in the Cook Islands and the other at a holiday resort in New Zealand.

The Rolls-Royce group recently bolstered its microgrid capabilities with the acquisition of Berlin-headquartered microgrid developer Qinous. During 2020, the company has rebranded Qinous as Rolls-Royce Solutions Berlin and turned the now-expanded former Qinous HQ into its Microgrid Competence Centre.

Duke Energy and Ameresco working on project for US Army

Energy holding company Duke Energy and project developer Ameresco are partnering to provide a solar-plus-storage microgrid for a US Army facility.

A Special Forces training site at Fort Bragg, North Carolina, will receive a 1.1MW floating solar PV system alongside 2MW of battery energy storage. While the fort is grid-connected, the hybrid generation-plus-storage resource will provide supplementary power as needed, as well as providing backup in case of local outages. In other words the site can be islanded when required.

Ameresco said it has also been awarded the contract to carry out various energy efficiency upgrades at the site, which are expected to save the army utility costs of around US$2 million in their first year after installation alone. These include improvements to boilers, HVAC and lighting systems.

Duke Energy is securing third-party financing to fund construction of the solar-plus-storage facility, with the design-build contract awarded worth US$36 million. Construction should begin in November this year.