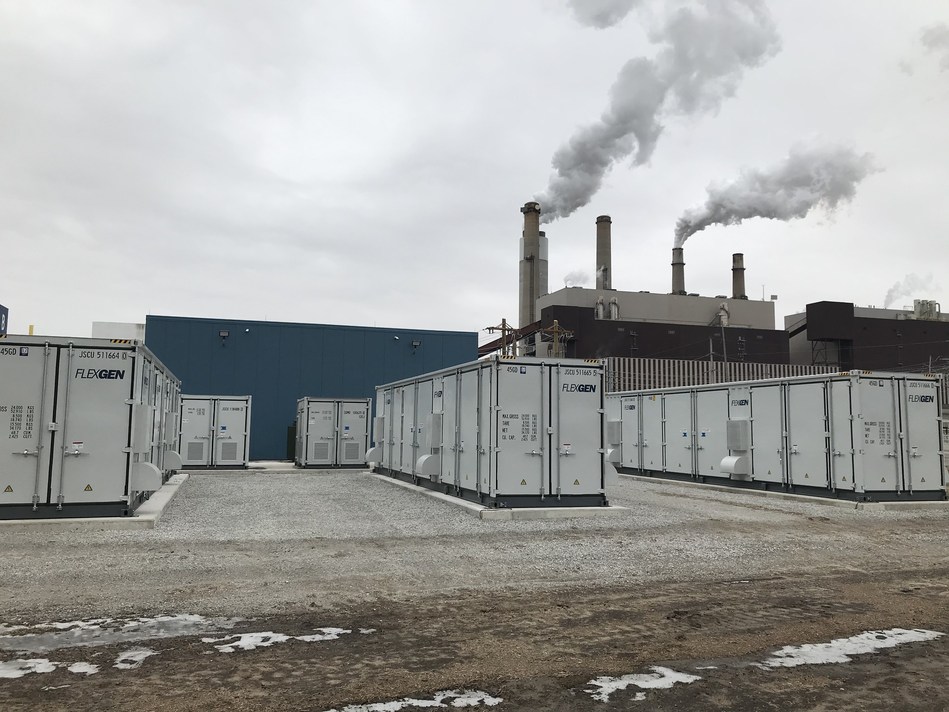 FlexGen, an energy storage system integrator that counts GE and Caterpillar among its backers, said this week that a lithium-ion battery storage system it was supplied was used by an Indiana utility to black start a 77MW natural gas plant.

Thermal power plants that go offline require black starting and the application is considered an essential service for the grid. While the theory of using batteries to perform this application, akin to “jump starting” a vehicle, was sound, grid-scale battery energy storage systems did not start actively doing so until around 2016, when Energy-Storage.news reported on projects in Germany and later in California that successfully proved the case in real-world settings.

As well as being zero emissions resources, FlexGen claims that batteries can perform the application at half the cost of diesel generators, coming online when there is a blackout to repower turbines. FlexGen said its proprietary software, called HybridOS can enable the functionality at any commercially available turbine. While energy storage systems have been used to black start power plants already, FlexGen claims its Indiana system black started a 112MVA generation set-up transformer (GSU), making it the largest black start of its kind of a transformer in the US to date.

FlexGen also in late June broke ground on a new 10MW battery energy storage system (BESS) site in Texas as well as kicking off commissioning of an energy management system (EMS) using HybridOS for an independent power producer (IPP) customer in California. That battery system will do energy time-shifting and voltage and frequency stability applications.

Energy-Storage.news reported in 2018 that the company was building what was at the time the largest storage system at a solar plant in Texas, a 10MW / 42MWh battery system at the 180MW Upton 2 solar project. Perhaps in a sign of how quickly the industry progresses as well as FlexGen itself, the company said this summer that it is in contention to supply a 400MWh BESS in Nevada. In addition to Caterpillar and GE, FlexGen is backed by oil and gas industry venture capital fund Altira.