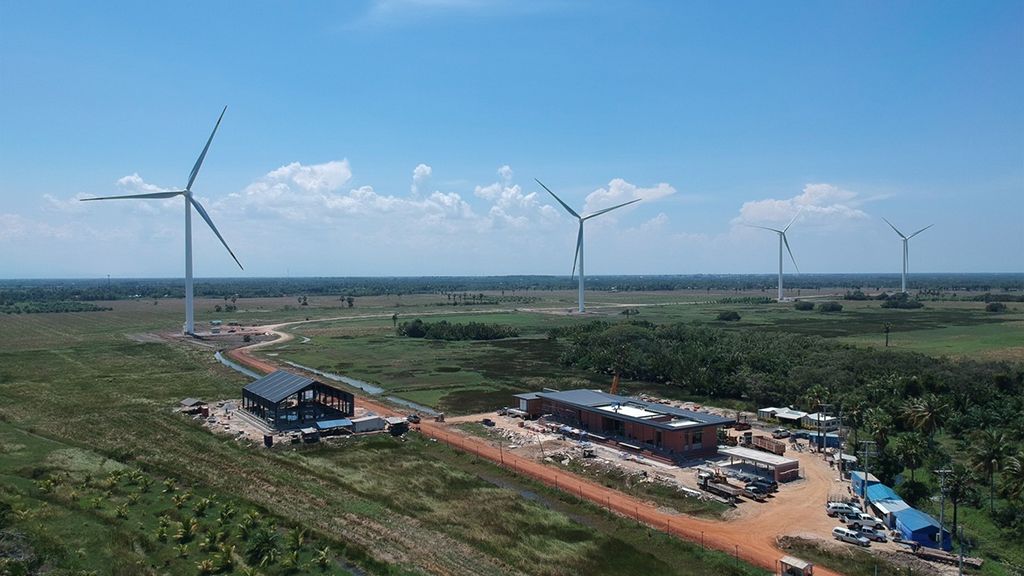 The Asian Development Bank (ADB) has signed a loan deal for its first wind energy-plus-battery storage project in Thailand, which is also the country’s first private sector initiative to combine the two technologies at scale.

The ADB told Energy-Storage.news this morning that it will lend THB235.55 million (US$7.2 million) for the construction of the Southern Thailand Wind Power and Battery Energy Storage Project, has added an “integrated” 1.88MWh battery energy storage system (BESS) to an existing 10MW wind turbine power plant. The addition of the BESS is being considered a pilot scheme that could go on to be replicated and scaled-up elsewhere in Southeast Asia. An ADB representative said the project “represents a number of firsts for ADB, particularly related to battery storage”.

While the majority of the turbines’ output will go straight into the local electrical grid, the BESS will store energy at times when the output exceeds the grid’s capacity to take it, increasing the amount of renewables that can go into the grid as well as helping to “ensure the stability and reliability of the renewable energy source,” the ADB said in its press release. The ADB representative confirmed today that the financing followed the project's completion.

The ADB loan includes US$4.75 million in concessional loan financing from the Clean Technology Fund of the international Climate Investment Funds, which has provided financing for development efforts relating to climate. Private Thai banking group Kasikornbank (KBank) will also provide a loan equivalent to US$7.2 million.

“This project contributes to Thailand’s Power Development Plan targets for clean energy and also demonstrates the potential of integrated renewables and batteries to provide clean energy for southern Thailand. This will enhance the resilience of the region’s electricity grid, provide energy security for communities, and support economic growth across the country,” Jackie B Surtani, ADB private sector operations department, infrastructure finance division director for Southeast Asia, East Asia, and the Pacific, said.

Thailand’s Energy Policy and Planning Office (EPPO) introduced its Power Development Plan in late 2018, revised from a 2015 draft to exclude two coal-fired power plants and is targeting sourcing around 18% of its power from renewables, mostly solar, by 2037.

ADB said that the project otherwise faced some bankability challenges, which the lending has helped it to overcome, while the investment is also aimed at proving the replicability and scaling-up of battery projects for Southeast Asia.

BCPG’s president Bundit Sapianchai said the project is “the first wind power plant in Thailand to adopt energy storage system technology as the solution to the intermittency of wind power”.

This will help enhance energy management efficiency and the resilience of energy grids,” Sapianchai said, adding that BCPG is “grateful to ADB for acknowledging the initiative of Lomligor Project in applying energy storage system technology to energy production and providing BCPG with such significant financial support including Clean Technology Fund (CTF) mobilisation for the project”.

Siemens Gamesa will supply a solution including its Hybrid Plant Controller central control system as a battery energy storage system is added to an existing 16MW wind power facility, located in an area with a “weak link to the grid”, the company said.

The coastal Mindoro town of Puerto Galera is also currently dependent on imported diesel fuel for this reason and, using a 6MW Siemens Gamesa lithium-ion BESS in combination with two 8MW wind turbines, the hybrid power plant will help reduce this dependence. The project is scheduled for commissioning during the second half of this year, while an additional 10MW wind power plant is also being considered for the site and awaits approval from the Philippines’ government.

While it remains subject to obtaining government permits, Siemens Gamesa has signed a 5-year maintenance contract for operations and the company said it will optimise the plant remotely using its own Energy Management Service. The project is to be built by a subsidiary of Berkeley Energy, a fund manager with develops, builds and operates clean energy projects, with a focus on emerging markets.