Detail of a previous AES Advancion installation. Image: AES Energy Storage.
An Arizona scheme to study the use of energy storage and smart inverters in integrating solar to the grid has contracted the deployment of 4MW of AES Energy Storage&rsquo;s lithium battery systems.

While regulators in the state are poised to rule next week&nbsp;on the value of solar to the network and consumers, ending what Energy-Storage.News&rsquo; solar sister site PV Tech reported today amounts to &ldquo;years of drawn-out discourse&rdquo;, execution of this project, for utility Arizona Public Service (APS) is already underway.

The 4MW of storage will be deployed as two separate 2MW installations of AES&rsquo; Advancion energy storage systems. They will form part of APS&rsquo; ongoing &lsquo;Solar Partner Program&rsquo;, which evaluates the possibilities for integrating a high penetration of PV on the grid.

The utility has already put 10MW of PV onto more than 1,500 customers&rsquo; rooftops through the programme. Participants receive a US$30 monthly bill credit for 20 years and do not have to pay for panels themselves. APS claims this will help inform them and other utilities around the country on how smart inverters and storage can play a&nbsp;part in lowering emissions, maintaining reliability of the system and best manage peak demand while renewable energy assets increase their share of generation.

AES&rsquo; Advancion systems will be located in the cities of Surprise and Buckeye and will be used to keep electricity service reliable and to meet times of high demand and high electricity prices. They will be among the first Advancion systems to be under utility ownership, with AES having opened up the platform to third-party ownership in 2015. There are some 120 customers with PV installed through the APS Solar Partner Program in the two cities.

APS said it expects energy demand in Arizona to rise 25% by 2025, and is meeting around half of that increase with renewable energy and energy efficiency measures.

&ldquo;The best renewable energy is the type a customer never thinks about. A light goes on, a load of towels gets washed and life goes on as reliably as ever before, all powered by the sun. This is the future APS looks toward as it studies energy storage,&rdquo; APS director for technology innovation Scott Bordenkircher said.

&ldquo;Using initiatives such as the Solar Partner Program, we are studying how best to deploy advanced technology to better integrate clean energy while maintaining reliability and cost effectiveness for our customers.&rdquo;

Installation of the two 2MW systems began in November, expected to be completed early next year. AES Energy Storage president John Zahurancik said they would offer the utility a &ldquo;powerful, flexible tool for their network as they procure more of their energy from renewable sources&rdquo;.

AES claims to have 436MW of interconnected storage, equivalent to 872MW of flexible resource either operating, contracted or in late stage development across seven countries. This includes some of the largest battery-based systems announced to date, which are in California and have been lined up to mitigate the effects of the infamous Aliso Canyon natural gas leak. 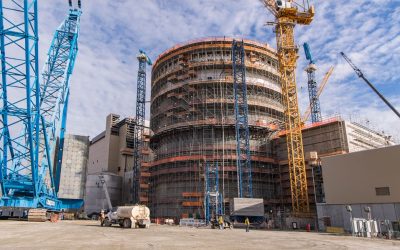