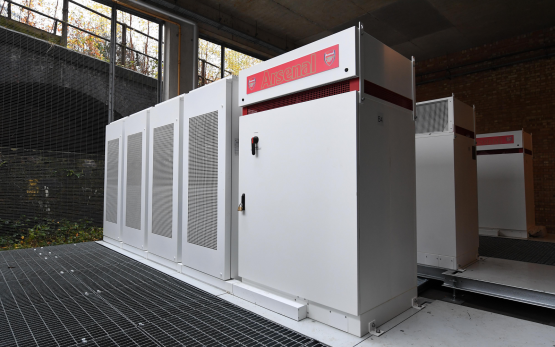 Manufacturer and integrator redT has been given a provision notice from Pivot Power to manufacture the 2MW / 5MWh of vanadium redox flow batteries as part of the Energy Superhub Oxford project, striking up a partnership with vanadium producer Bushveld Minerals to support the project.

The flow batteries are to be hybridised alongside lithium-ion battery storage, which is to be provided by Wärtsilä. Developer Pivot Power announced it had signed a contract with Wärtsilä for two 50MW lithium-ion batteries last month, one of which forms part of the Energy Superhub Oxford project and the other is to be located at a separate site in Kent, south of London.

Neil O’Brien, executive chairman at redT, said he was pleased to be able to move to the manufacturing stage of what he described as a “landmark” project for the company.

“Non-degrading, heavy-cycling energy storage has a key role to play in the decarbonisation of the world's major population centres, and I'm very proud that flow battery technology will play a key part in such an important project as the Energy Superhub Oxford.”

The vanadium electrolyte for the 2MW system is to come from vanadium producer Bushveld Minerals as part of a new vanadium financing partnership, co-owned by both redT and Bushveld.

It will take the form of a special-purpose vehicle structured to hold vanadium, then provide the option to rent the material to redT’s current and future commercial pipeline on a project by project basis.

Bushveld has made an initial commitment to support vanadium for approximately 15MW of vanadium redox flow batteries under this framework, with further details and developments to be announced in due course, redT said.

RedT has a pre-existing relationship with Bushveld through its merger with Avalon, which was first announced in July 2019, and is set to complete by the end of this month. Avalon previously provided Bushveld with a £2.9 million loan, as well as providing similar financing for redT.