Ameren to develop 30MW of solar-plus-storage in rural Missouri 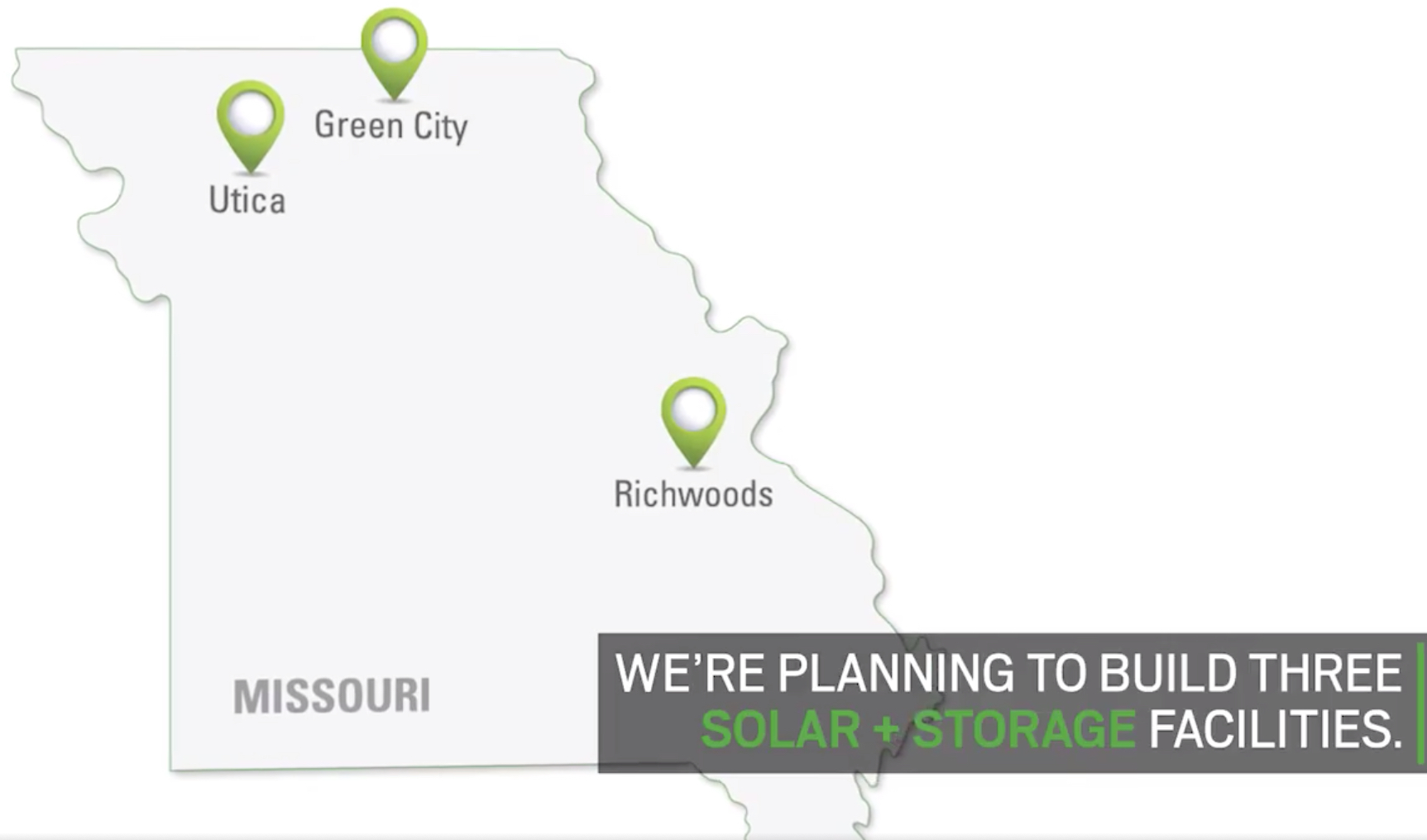 The three planned solar-plus-storage facilities, each to be of 10MW generation capacity. Image: Ameren Missouri promo video screenshot via Twitter.

Utility Ameren Missouri is planning three grid-scale solar facilities with energy storage, marking what is claimed will be the first ever instance of an energy company in the US Mid-West state powering its customers’ homes with batteries.

A release from the utility, a subsidiary of Ameren Corporation, said that it filed plans today with the Missouri Public Service Commission (MoPSC) for the building of three power plants, for which Ameren Missouri said it will invest around US$68 million.

The plants will be built in Green City, Richwoods and Uticah, dotted around the mostly-rural state, with each plant of 10MW solar PV capacity and an unspecified output and capacity of battery energy storage. Via Twitter, the company released a short publicity film which said the plan to build the solar capacity with batteries is an “innovative, cost-effective solution to help maintain reliable energy service in rural communities.”

“If an outage is detected, solar energy stored in batteries will help keep your lights on,” the video said.

In addition to beefing up energy security with upgrades on transmission networks to cope with severe weather, the plan includes a reduction of carbon dioxide emissions by 80% from 2005 levels by 2050, with interim targets for 2030 (35%) and 2040 (50%).

More than half of Ameren Missouri’s coal power plants would be retired over the next 20 years. Meanwhile, an ambitious wind energy target for the utility to own at least 700MW of new wind generation by the end of next year is paired with a more modest solar PV target – adding 50MW of solar generation by 2025 and then rapidly climbing to 100MW installed in the following two years.