A solar and battery storage project combining 13.5MW of solar PV generation with 8MW / 8MWh of batteries in rural Alberta, Canada, has been approved by the local provincial regulator, the Alberta Utilities Commission.

The Commission ruled in a proceeding published on 20 April that the CAN$25.6 million (US$18.2 million) Drumheller Solar & Battery Storage Project is “in the public interest having regard to the social, economic and other effects of the project, including its effect on the environment”. The project will generate around enough electricity to cover local demand in the nearby town of Drumheller.

It will be developed as a joint venture between developer Longspur Developments and local businessman Robert Bilton, connected to local electricity distribution company ATCO Electric’s 25-kilovolt distribution system and then to the Alberta Interconnected Electric System (AIES). It will include fixed-tilt axis solar panels, string inverters and containerised lithium-ion battery storage. The solar plant will send energy to the grid as well as to the batteries, which will be charged at times of low local demand and then can discharge to the grid during peak times. Longspur said this meant it will offset peak loads as well as “easing stress on the wider electrical system”.

While it will be connected to the local distribution grid, the onsite batteries will be charged solely from the fixed-tilt installation photovoltaic panels onsite and not from the grid. Meanwhile the plant will never output more than the rated 13.5MW capacity of the solar farm to the grid. The project will serve as a demonstration of the technologies involved and their suitability for the local area, part-funded with CAN$5 million by the local authority’s Emissions Reduction Alberta (ERA) programme, having won through a selection process in ERA’s Biotechnology, Electricity and Sustainable Transportation (BEST) challenge.

The project will be built on around 60 acres of former cattle grazing land owned by the Town of Drumheller, land from which the town does not currently receive any income. According to developer Longspur Developments, the project will earn the town around CAN$24,000 per year from land rent, while a community endowment fund will receive CAN$1,000 per megawatt of installed solar capacity annually. The local community will also receive long-term tax revenues from property taxes levied on the site. The project is expected to be commissioned by summer 2021, although Longspur said on its website that “final development timescales will be subject to various factors, including power market drivers”.

It’s thought to be one of the first major solar-plus-storage ‘hybrid’ projects in the Canadian province, Emissions Reduction Alberta’s BEST Challenge has also announced a couple of other solar and battery projects that it will support, as well as standalone solar and one major standalone battery storage project that will be used to defer costly transmission system investment.

The projects are deemed to either be classed as demonstration or implementations. Alongside these in the total 15 projects supported by BEST Challenge to date are a number of projects in other categories such as fleet vehicle electrification, bioenergy and even a project to reduce greenhouse gas emissions in the hydraulic fracturing (fracking) extraction of oil and gas. 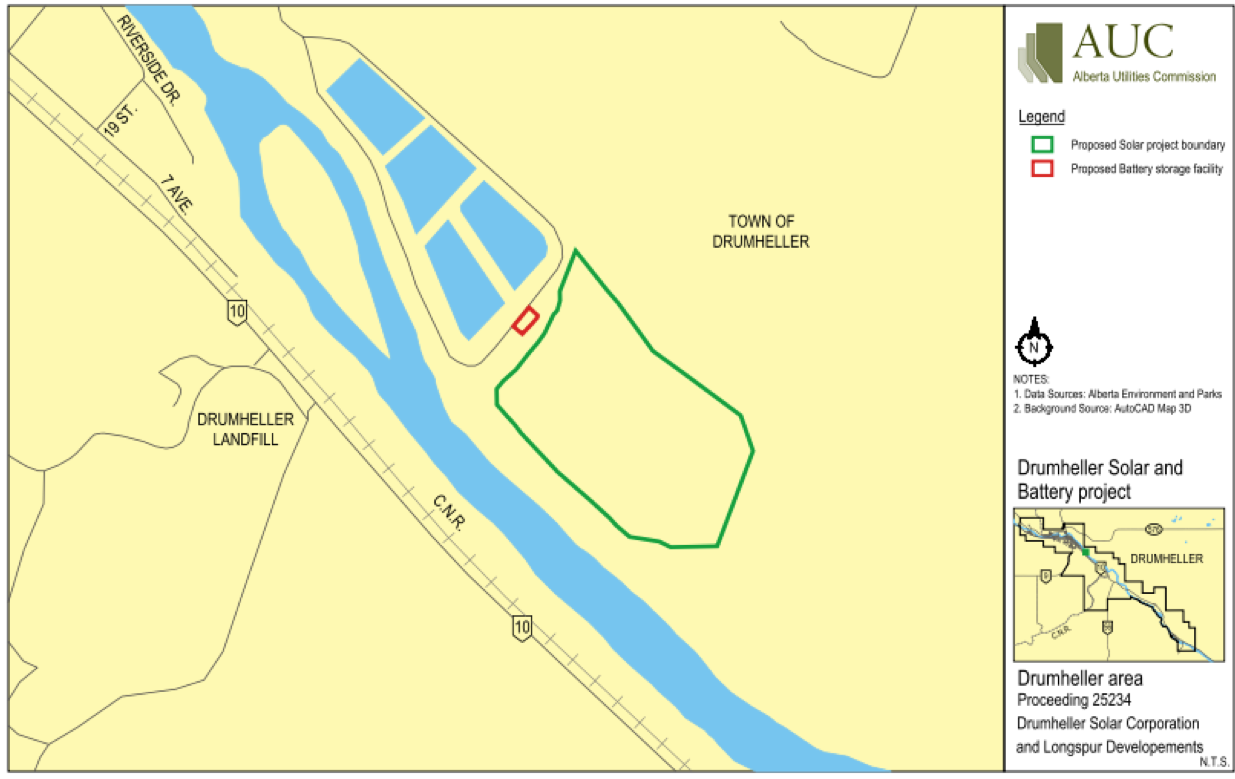