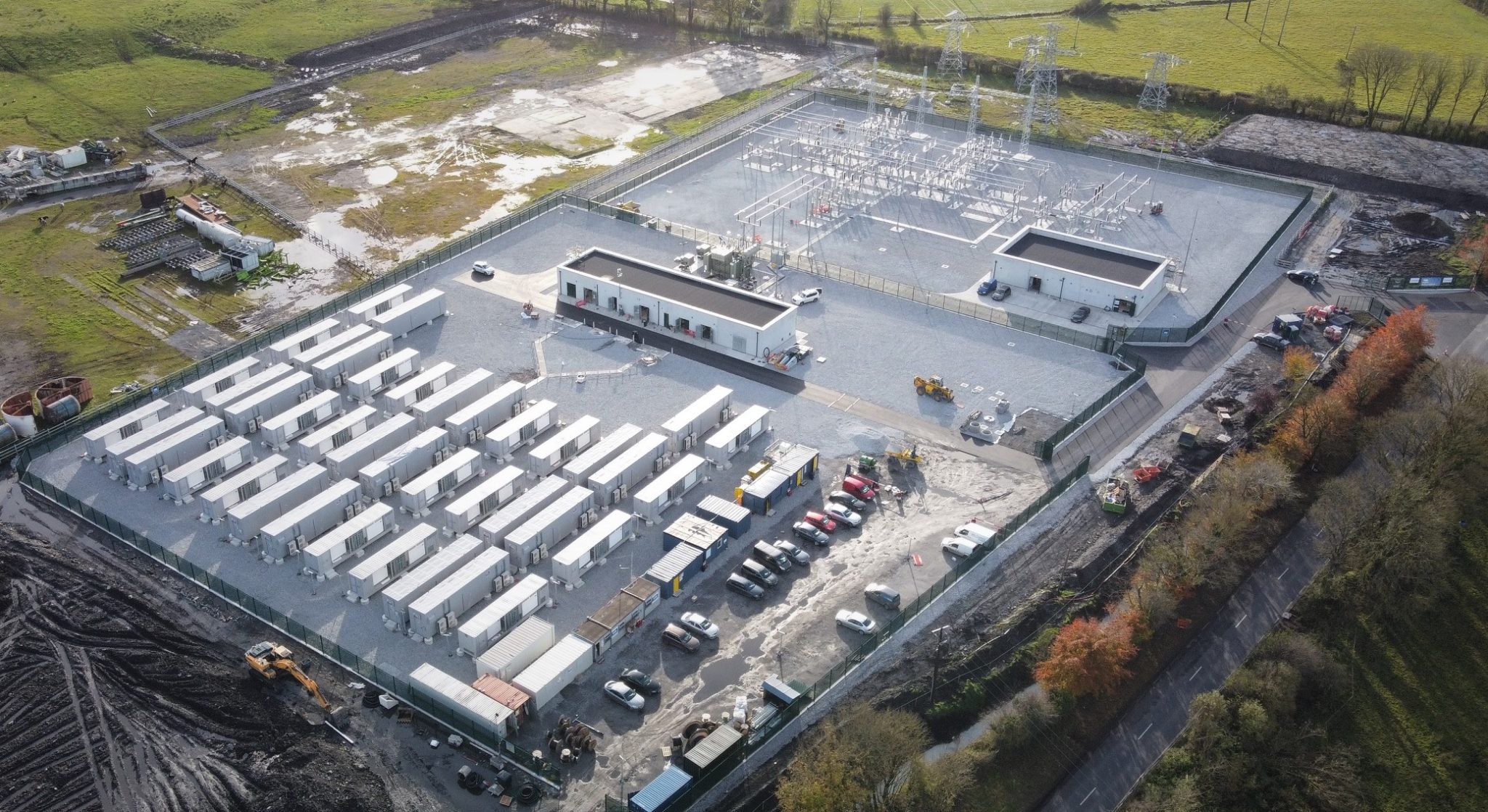 THe Lumcloon battery storage project, with the Derrycarney 110kV substation next to it. Image: Lumcloon Energy.

A 100MW battery storage facility in Co. Offaly in Ireland has this week been energised, having been developed as part of a partnership between local developer Lumcloon Energy and South Korea's Hanwha Group.

Writing on social media site LinkedIn, Irish network operator ESB Networks said it had enabled the connection and energisation of the project – situated in the Lumcloon townland – on behalf of Lumcloon Energy, describing it as a “great achievement for battery storage” in Ireland.

The project was first announced in 2018, with another 100MW project at Shannonbridge also unveiled. Together, the two battery energy storage systems (BESS) were set to involve a €150 million (£135 million) combined investment, creating 240 jobs during construction and 10 subsequent to the systems going into operation.

A Lumcloon Energy spokesperson told our sister site Solar Power Portal and Energy-Storage.news that the two companies are progressing the delivery of both projects and that Lumcloon is “pleased to announce the energisation of the Derrycarney 110kV substation where the Lumcloon BESS will deliver its fast response capability”.

Construction of the Lumcloon project began in 2019, with the design and build contractor being Duggan Brothers with Suir Engineering, Malachy Walsh and Partners. It is on track to become operational in Q1 2021, with Shannonbridge to follow soon after, the spokesperson added.

The battery is one to have secured a contract with Irish transmission operator EirGrid through its DS3 flexibility market, providing reserves to the national electricity grid. Of the 110MW available in the DS3 auction, 60MW was snapped up by London Stock Exchange-listed investment fund Gore Street Energy Storage Fund. This was split across two 30MW projects in the country, with Gore Street having recently applied to expand its portfolio in Ireland to 180MW.