Your most-read energy storage stories of 2017 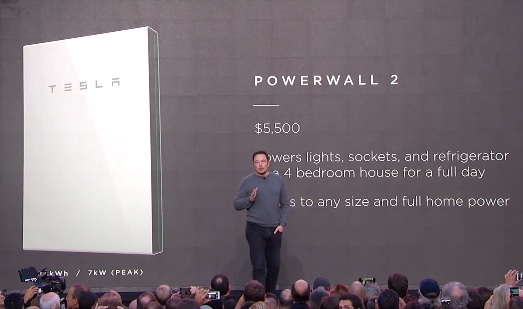 Tesla made headlines elsewhere with Model 3, the semi-truck and the South Australia 129MWh battery, but it wasn’t those stories that attracted the company the most attention on this site in 2017. Image: Tesla.

Well, we seem to say it at the end of every year, but 2017 seemed a lot busier than 2016, 2016 was busier and more exciting than the year before that, and so on! There have been some hints already on what the industry and its observers expect to see in 2018 and we do not doubt energy storage will continue in its rise to become a flexible cornerstone of the world’s electricity infrastructure.

In the meantime, let’s reflect on the top news stories of last year, as reported by Energy-Storage.News and based on readership statistics from you:

Aquion Energy, one of energy storage’s more intriguing propositions, taking an award-winning, non-toxic, recyclable and novel battery chemistry based on saltwater, was in the early stages of market-seeding and made its first big deployments when it declared for Chapter 11 bankruptcy protection in March.

Somewhat unexpectedly, the company was snapped up by Juline-Titans, a mostly-unknown investment group described as a “majority-American joint venture (JV)”. Of course, lithium-ion and to a lesser extent flow batteries form the vast majority of the world’s stationary energy storage market, but interest in Aquion perhaps demonstrates that the space is constantly looking to move forward.

2. Tesla 48MWh battery eliminates need to build undersea cable in Massachusetts for up to 22 years

A pretty significant project for a very small community. Energy-Storage.News reported in early November that the island of Nantucket, off the coast of Massachusetts, could save itself the expense and pain of building an undersea cabling network for better connection to the US grid network using a 6MW / 48MWh energy storage system.

Under the stewardship of prime minister Narendra Modi, India has raced ahead in its solar ambitions, as avid readers of PV Tech in particular will have noted. India Energy Storage Alliance chief Dr Rahul Walawalkar told Energy-Storage.News in July that there is likely to be more, much more, to come in energy storage and the combined solar-plus-storage sector. With the country aiming to support domestic manufacturing and enterprise as well as a clean energy transition, batteries could be churned out of one or more Gigawatt-scale factories before long, Walawalkar said.

‘Blockchain’ was on everybody’s lips this year as the most-talked about concept in commerce – and steps have begun to bring the distributed ledger technology into energy. Our story on energy storage system provider Sonnen partnering with grid operator TenneT to ‘virtually’ store and share renewable energy across Germany therefore easily made it into the top five stories of the year.

You can read more in-depth about this trial from Sonnen’s head of e-services, Jean-Baptiste Cornefert, along with a discussion of blockchain and energy storage from Younicos CTO Carsten Reincke-Collon, in the latest volume of PV Tech Power, here. 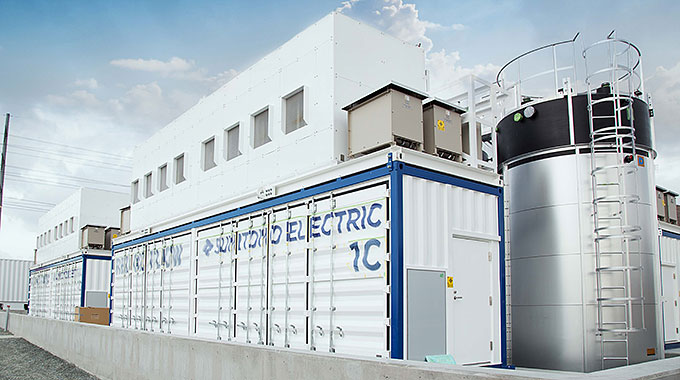 Another of the non-lithium, non-flow contenders made it into the top 10 news last year, as Eos Energy Storage claimed radical cost-drops for its zinc hybrid cathode batteries when paired with solar PV at utility-scale. Eos said its grid-scale Aurora-branded 1MW / 4MWh systems could be delivered at as much as 40% lower cost than an equivalent lithium system with four hours’ energy storage duration.

During the course of the year, we revisited this topic several times from different angles and with views from commentators across the industry. Just how bankable are flow batteries and will they – and other new technologies – start to eat into the +95% share of energy storage deployments held by lithium to date? This, the most-read story on the subject, looked at analysis by Navigant Research.

On some level, it almost doesn’t seem relevant whether or not a project is the biggest such project in the world of its type, at any given time in an industry gathering pace and scale as quickly as energy storage is. But let’s face it, it’s often a quick way to ignite interest when the world sees how quickly the size and scale of projects increases – something we’ve seen time and again in solar PV. A report on a planned mammoth project in Australia, one of several announced this year, made it into our top 10 for 2017.

If blockchain was this year’s big buzzword in technology, the ‘virtual power plant’ is another big concept not long ago thought to be well ahead of its time, too. Technology providers have been touting their ability to aggregate the capabilities of behind-the-meter energy storage systems to create larger network assets, for some time. This was the first instance Tesla Powerwalls were interconnected by a Vermont utility to create a “single resource of shared energy”.

9. SDG&E and Sumitomo unveil largest vanadium redox flow battery in the US

Sumitomo Electric, a division of the Japanese conglomerate Sumitomo, which has already installed a 60MWh flow battery system for renewable energy integration in its homeland also executed the largest US redox flow energy storage system to date this year. Delivered for California utility San Diego Gas and Electric (SDG&E), which will trial the voltage frequency control, power outage support and the shifting energy demand capabilities of the battery. At ‘just’ 2MW / 8MWh it is perhaps a drop in the ocean in the long run, but for now, it’s the biggest known system of its type in the US.

Your final selection for the top 10 sounded a cautionary note. US regional transmission network operator PJM Interconnection, which was one of the first such organisations in the world to allow fast-acting batteries to compete with conventional assets to provide frequency regulation to the grid, changed its rules for participation.

The changes are a little complicated, so we’d recommend you read the story in full but in a nutshell, the national Energy Storage Association argued that storage resources are now being ordered to draw power from the grid for prolonged periods of time, which ESA argues is inconsistent with the resources’ original design and operational parameters.