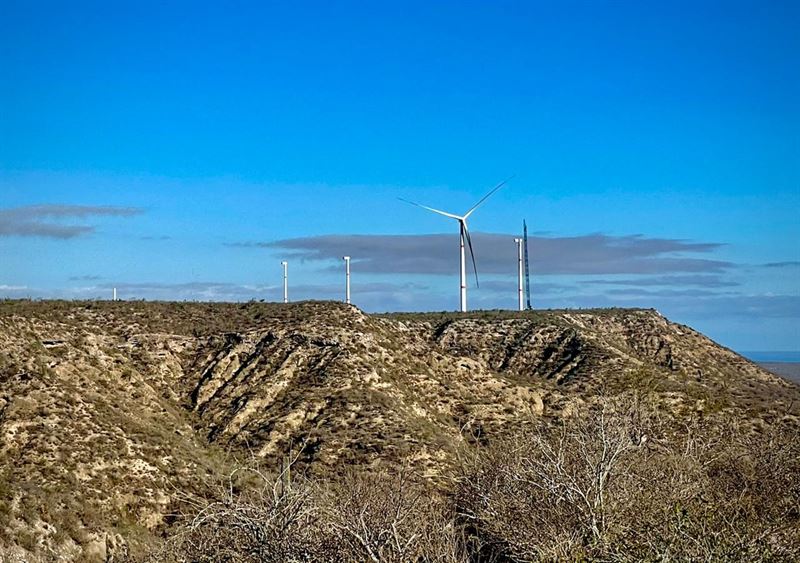 Wärtsilä Corporation has been contracted to install a 10MW battery energy storage system at a wind farm in Mexico, marking an expansion into the country for the energy solutions provider.

Eolica Coromuel Wind Farm, around 38km from the city of La Paz, is a 50MW wind energy project under construction by Eurus Energy America Corporation, a company in the Eurus Energy Group which operates wind and solar farms globally, owned by Japan’s Toyota Tsusho Corporation – part of the Toyota Group which includes the carmaker.

Initial construction began in January 2020, but in order to meet grid code requirements set by Mexico’s independent system operator, CENACE, Eurus placed an order in November with Wärtsilä for the grid-connected battery storage system component of the project. The batteries will control the wind farm’s ramp rate to the grid, while also providing frequency control and energy capacity services.

Wärtsilä will also provide long-term servicing to the system including remote monitoring, performance guarantees and replacing and repairing components. Wärtsilä called the battery storage system “project-critical” for the success of the wind farm. It will use the Finland-headquartered energy storage system integrator’s recently-launched GridSolv Max containerised lithium-ion battery storage and run on the company’s GEMS energy management software platform.

Mexico’s energy policies commit the country to reaching 30% renewables by 2021 and 35% by 2024, Eurus Energy America VP Nick Henriksen pointed out, claiming that the project “will help Mexico meet its renewable energy goals, and efficient energy storage is a key element for its success”.

The country might have to ramp up its ambitions as fast as the batteries can ramp the wind farm – which is very fast indeed. According to data quoted by the US Energy Information Administration taken from the BP Statistical Review of Energy 2020, in 2019, non-hydro renewables accounted for just 10% of electricity generation by fuel in Mexico (hydroelectricity accounted for 7%). Similarly, total primary energy consumption in the country in 2019 was just 4% from non-hydro renewables (and hydro just 3% in this instance too).

In a recent interview with this site, David Fernandes, country manager for Mexico at ON Energy Storage, an installer and project designer of commercial and industrial systems, said that Mexico’s electricity market and regulatory regimes were not favourable to energy storage. Fernandes said that while it is obvious Mexico has strong renewable energy potential, at the current rate of deployment, the country will miss both its international obligations to decarbonise as well as its national targets on renewable energy and Fernandes described energy storage as a key enabler of that rapid uptake of renewables.