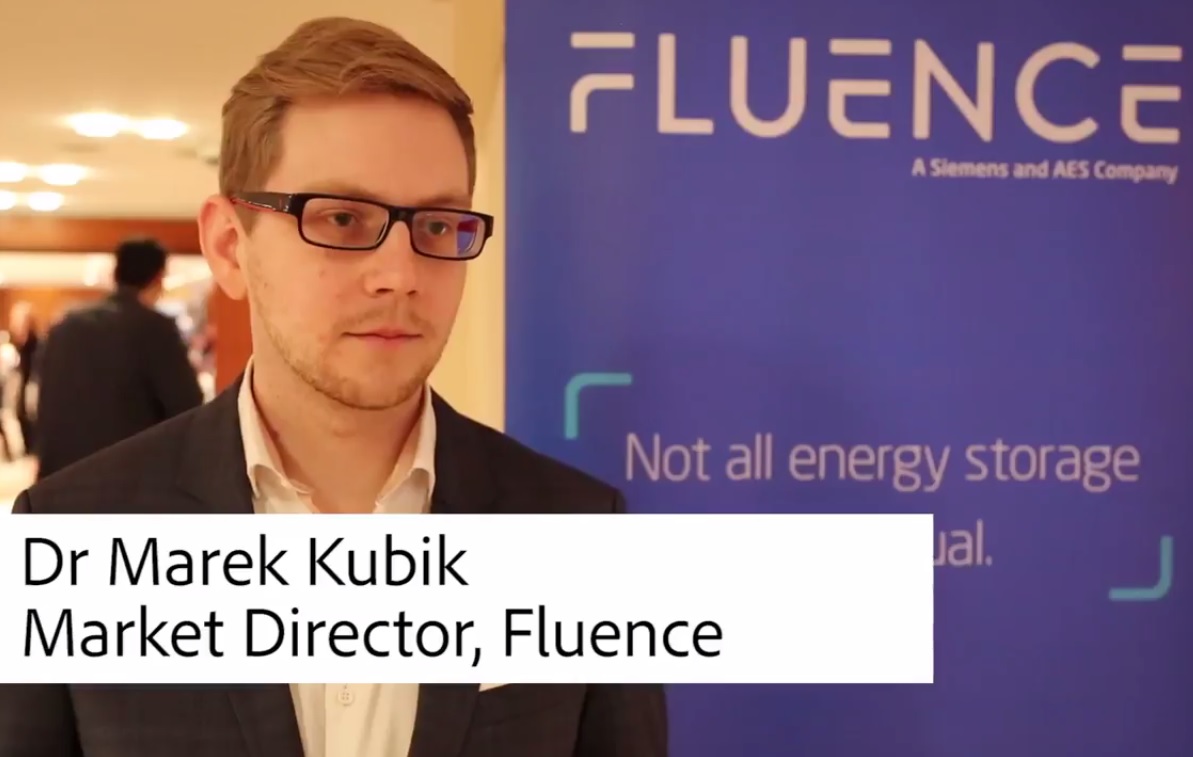 There is a perception that “batteries cannot be long life assets”, but it depends very much on how they are designed and used, Dr Marek Kubik of Fluence has said.

Kubik, responsible for strategic and market direction at the energy storage technology and financing solutions provider which was formed as a joint venture (JV) between AES Energy Storage and Siemens, spoke with Energy-Storage.News at the Energy Storage Summit in London last month.

Having blogged for the site recently on how energy storage can provide ‘digital inertia’ to grids, based on a real-world case study from AES’ Kilroot project in Northern Ireland, thereby reducing the need for thermal generation and aiding decarbonisation, we asked Kubik for his views on a range of topics.

This year at the Summit, the principle of ‘revenue stacking’, providing multiple services from a single battery system, was at the forefront of the agenda moreso than in previous years. Kubik said that in the UK so far, we have mostly seen “short duration, short life systems, often built around one single service,” but that expected changes in the way National Grid, the transmission operator, procures grid services could pave the way for providing “different services at different times”.

Multiple application use and scheduling of system tasks can also have a bearing on the lifetime of storage system assets, although according to Kubik, “people get hung up on the idea of degradation, thinking batteries cannot be long life assets”.

“There are ways of countering that and getting the performance for as long as you need it,” Kubik said.

Providing tech to clients that include developers, utilities or behind-the-meter customers, Fluence launched an energy storage platform, Sunflex, which is specifically designed for solar-plus-storage applications. While the value this can provide is still mostly to be found in solar-rich markets with strong incentives for right-time-of-day solar PV generation such as California and the Caribbean Islands, Kubik said solar firming is one of the “directions of travel [for the industry] that is clear and compelling.

In the interview, Fluence’s Marek Kubik discusses topics including: