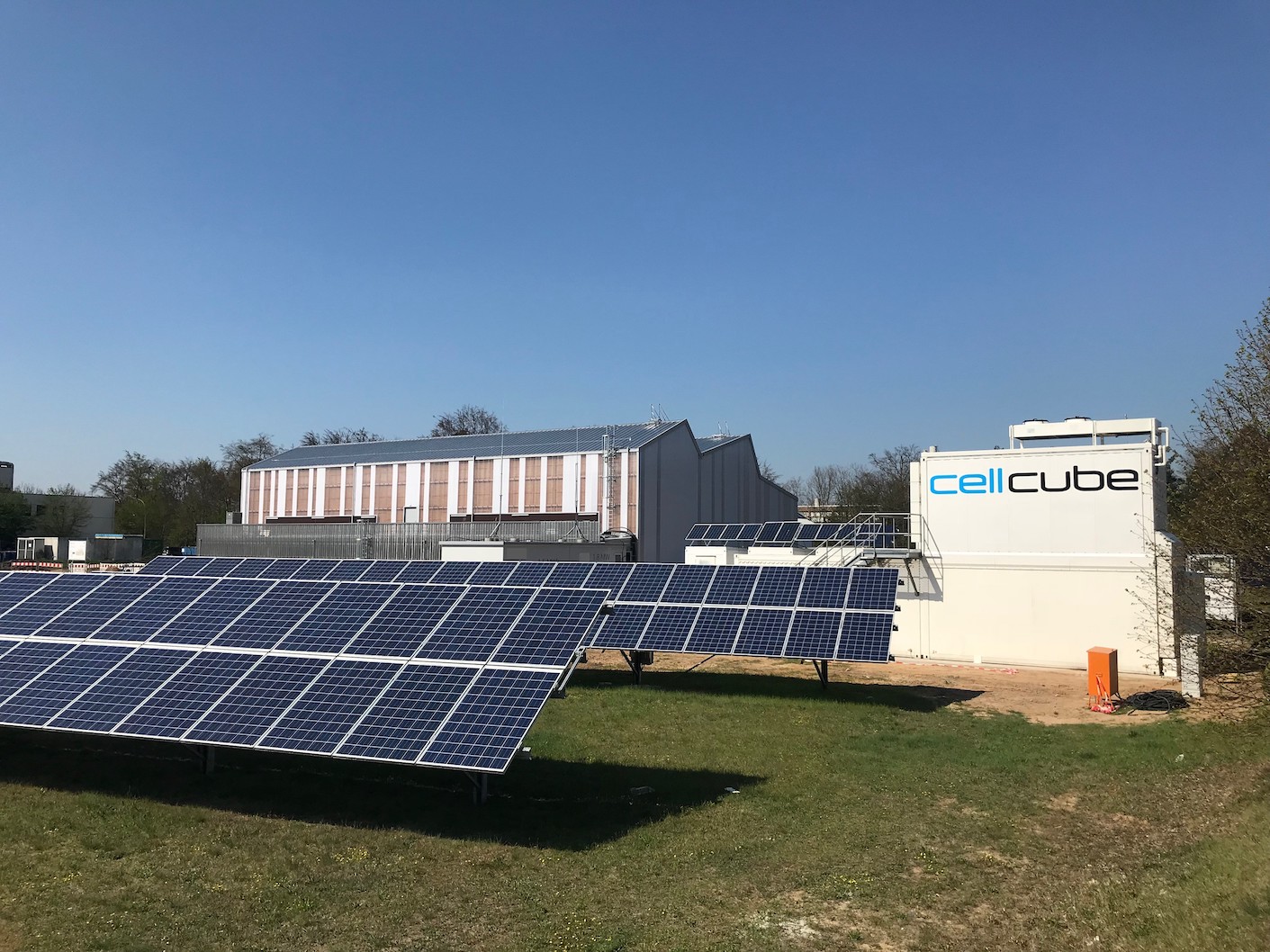 Bushveld is among the consortium, Enerox Holdings Limited, that owns Enerox, which makes and markets its energy storage systems from offices in Austria under the brand name Cellcube. The South African company, which is listed on the London Stock Exchange, said it has already put US$5 million towards Enerox’s US$30 million plan to reach annual production output and sales of 30MW / 120MW – 240MWh by 2022.

The remaining US$2.5 million is payable this month, Bushveld said in a regulatory announcement on 1 April. Prior to this new injection of investment, EHL has invested US$14.6 million into Enerox to fund various activities and Bushveld’s energy sector subsidiary owns a 25.5% stake in EHL.

The VRFB business was acquired from Enerox’s parent company, junior mining group Stina Resources from Gildemeister in 2016, buying up technologies and business development activities that had been in development for more than a decade before that. After a long lead-in to commercialisation Enerox has now deployed 23MWh of VRFB energy storage across 130 systems worldwide and reported 13MWh in orders for its systems in the second half of 2020.

Enerox wants to later expand to “at least” 150MW / 600MWh – 1,200MWh by 2025, in a market which has been earmarked for significant growth by others including another vanadium producer Largo Resources which said earlier this year that it wants to launch its own VRFB products within 18 months and that demand for vanadium is rising on the back of “growing interest” from the battery sector.

Bushveld Minerals CEO Fortune Mojapelo said in the regulatory release last week that the investment in Enerox follows his company’s own strategy of investing in VRFB manufacturers, which he said is “designed to play a catalytic role in mobilising third-party capital to assist VRFB manufacturers scale up of sales and manufacturing capacity in order to meet the fast-growing demand for long duration energy storage solutions”.

In recent related developments, Energy-Storage.news reported in November 2020 that Enerox is working with Bushveld along with Spanish engineering, procurement and construction (EPC) company Abengoa to deploy a 1MW / 4MWh battery system alongside 3.5MW of solar PV at a vanadium mining and processing facility in South Africa, while Enerox signed a deal to support local manufacturing and supply chains for VRFBs in Australia with Australian Vanadium Limited. Back in August 2018, Cellcube company president Stefan Schauss told this site in an interview that he saw vertical integration from delivering vanadium to complete systems as an important strategy.

Bushveld has previously invested in Invinity Energy Systems, the VRFB company formed by the merger of North American player Avalon Battery and UK manufacturer redT. Mojapelo said that Bushveld made a “healthy return” from an initial US$5 million investment and that Invinity is now sitting on a market capitalisation value of more than US$150 million as well as having a “well-funded programme to scale up its production capacity to support a solid pipeline of announced VRFB projects”.

However, despite the success of its investment in Invinity, Bushveld Minerals could sell on its stake in the company in order to put its own energy subsidiary Bushveld Energy on a self-funding and sustainable footing. CEO Mojapelo said that the sell down of the Invinity stake “is no reflection of any diminishing faith in the potential of the company”.

“We are proud of its (Invinity’s) achievements and continue to cooperate on other topics, including vanadium supply, vanadium electrolyte rental and the overall growth of the VRFB industry. Our decision is rather informed by our conservative capital allocation strategy across the Group, which focuses resources on our mining and processing operations and seeks to place (energy subsidiary) Bushveld Energy on a path to self-fund its future plans,” Mojapelo said.

Bushveld already cashed in on its Invinity holding for about US$8.8 million and now only retains a stake of less than 3% in the Anglo-American company, but a first refusal supply agreement for vanadium and vanadium electrolyte — which can constitute roughly a third to 40% of a VRFB’s capital cost — remains in place. As well as helping fund Bushveld Energy, the return on investment will also fund activities for the vanadium rental partnership that Bushveld created with Invinity to lower the upfront cost of vanadium battery storage to customers, called Vanadium Electrolyte Rental Limited.

“Our investment in Enerox follows the same script of mobilising third-party financing to scale up manufacturing capacity and sales, while establishing a platform for collaboration in developing projects into which we will supply vanadium,” Bushveld Minerals’ Mojapelo said.

“The funding commitments of Enerox's shareholders are a strong vote of confidence in the potential and strategy of the company. We believe that this additional capital will place Enerox on the path to becoming a major player in the industry. It further cements VRFB technology in the rapidly growing stationary energy storage sector.”

While manufacturing of lithium-ion batteries for energy storage has scaled up rapidly and enormously in recent years, driven on in large part by their use for electric transport and consumer electronics, vanadium flow batteries are more limited in application to use for grid and off-grid battery storage. Although they offer a good potential to store large amounts of electrical energy for long durations, can be cycled frequently without degradation to battery cells and present less of a fire safety concern than lithium, their uptake remains limited by their higher initial cost.

This could be set to change in the coming years if policy support from countries like China and more recently the US grows as expected, with US Energy Secretary Jennifer Granholm recently pointing out that flow batteries are “good for grid storage” and China in the gradual process of deploying several vast flow battery projects around the country as well as a planned 1,000MW per annum factory in Hubei Province. Meanwhile, in other territories including the UK, there have been growing calls for the creation of market mechanisms and regulatory frameworks that recognise the value of long-duration energy storage technologies in the fight to decarbonise the grid.