US Secretary of Energy: ‘Flow batteries are good for grid storage’ 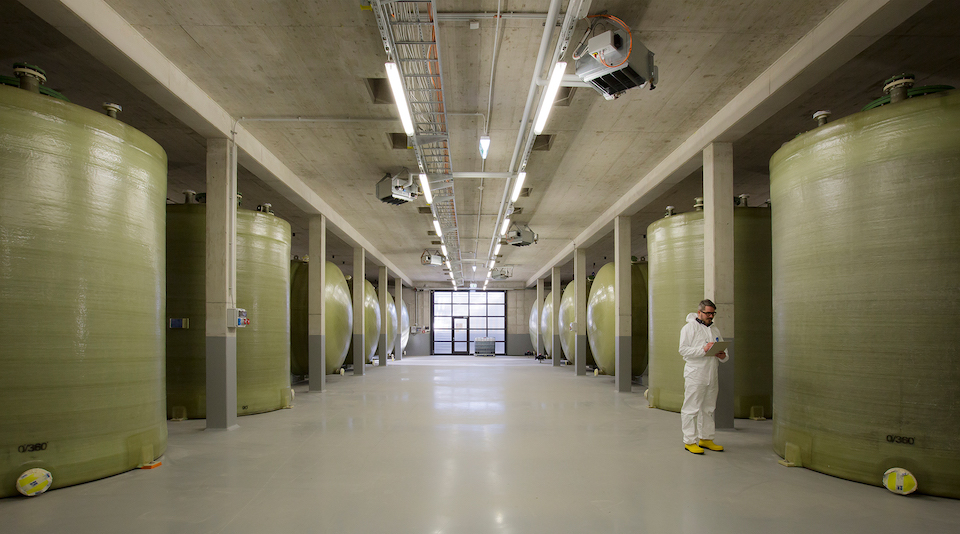 US Secretary of Energy Jennifer Granholm said yesterday that flow batteries are “good for grid storage” as her Department of Energy (DoE) announced funding to support domestic manufacturing for the energy storage technology.

The US Department of Energy is setting up a competitive award process for flow battery system research and development (R&D) projects with up to US$20 million of funding available. A funding opportunity announcement (FOA) issued by the DoE’s Office of Energy Efficiency and Renewable Energy (EERE) said that award negotiations are expected to take place between October and December this year.

“Flow batteries keep the energy flowin’ more reliably …that’s why they’re good for grid storage and that’s why we’re investing $$ in them! Cleaner, more efficient energy for all,” Granholm tweeted yesterday, with a link to a DoE press release.

On the pathway to the US’ goal of having an emissions-free economy by 2050 and the attendant need for energy storage to deliver clean renewable energy to the grid, flow batteries were identified as a “promising grid-level energy storage technology” which could compensate for the variability of renewable energy sources like solar and wind, while also making those into dispatchable forms of energy.

Flow batteries, the EERE said, are promising in their ability to decouple energy and power, to be assets with long operational lifetimes and durability over thousands of cycles, with low flammability and in supporting a circular and sustainable economy through their use of materials which can be sourced as by-products of other industries like steel-making and ultimately recycled into new flow batteries.

However, despite “great potential,” scale-up and performance hurdles still remain in the way of flow batteries attaining commercial viability and being able to reduce costs to meet targets that would make them widely used.

The new competition seeks to address the gaps and confront challenges that exist in the making of scalable and cost-effective “mid-sized” flow battery systems which the DoE defines as between 10 to 100kWh. It also wants to test and validate the ability to mass manufacture those systems and also to support domestic flow battery supply chains.

“The key to unlocking the full potential of solar and wind energy is to store it for use around the clock,” Congresswoman Diana DeGette of the US House of Representatives said.

“Flow battery technology can help us utilise the full potential of these clean-energy resources, and investing in this important new technology now is vital to our overall effort to combat the climate crisis.”

The process is being hosted by the Advanced Manufacturing Office at the Office of Energy Efficiency and Renewable Energy and kicks off with an informational webinar on 1 April followed by a submissions deadline on 29 April for responses to the FOA.

Challenges to overcome for ‘workhorse of the future grid’

The news comes only a few days after the DoE announced that a national R&D centre into long-duration energy storage is going to be built at Pacific Northwest National Laboratory (PNNL), expected to be open by 2025. This in turns comes in the wake of the DoE’s Energy Storage Grange Challenge being launched during the term of President Joe Biden’s predecessor, a competitive challenge to develop energy storage with up to 100 hours’ storage duration and followed by the publication of a roadmap for the challenge, setting out cost reduction targets for energy storage and other benchmarks.

A few days ago, it was revealed that a Canada-headquartered company, VRB Energy, has signed an agreement to build and integrate a 100MW / 500MWh flow battery system with a solar power plant in Hubei Province, China. In the US, support for flow battery installations has been limited mostly to pilot projects and grant-funded deployments at utility or state-level: the California Energy Commission for example is helping to fund a few microgrids and similar projects from vanadium flow battery company Invinity Energy Systems that will provide up to several hours of backup as well as lower energy costs for communities.

It appears now that the DoE is targeting the US becoming a leader in this technology class – which can include batteries that use electrolytes with a variety of materials at their base from vanadium, to zinc-bromine and others like iron – as it commercialises. There are a broad range of manufacturers looking to achieve those scale and cost reduction targets with Lockheed Martin perhaps the most high-profile recent market entrant. Through a recent study, the US Department of Defense also concluded that flow batteries could be an effective competitor to diesel generation and even to lithium-ion in providing mobile and critical power functions if those aforementioned challenges can be overcome. Meanwhile President Biden has recently also set out establishing lithium-ion battery supply chains in the US as an immediate priority for the country.

Yesterday the DoE announced up to US$4.5 million in funding to support the commercialisation of manufacturable materials that conduct electricity better than existing solutions and could potentially ease the addition and integration of renewable energy resources and electric vehicles (EVs) to the grid, get the most out of energy storage technologies and help energy intensive sectors like transport and manufacturing to improve their efficiency.

“By investing in American-made, clean-energy technologies, the Department of Energy is harnessing our country’s innovative spirit to build an equitable and sustainable energy system. These funding opportunities will help manufacture the next-generation energy storage systems and power lines that support President Biden’s climate goals, create and sustain U.S. jobs, and build a strong, secure, and efficient electric grid,” Secretary Granholm said in a press release.