Acciona inaugurated its first ever hybrid plant in 2017 in Spain, combining battery energy storage with a wind park. Image: Acciona.

Spanish renewables company Acciona has inked a deal to acquire 3GW of PV projects and 1GW of energy storage from US independent power producer Tenaska.

The deal includes 20 projects in the Southwest Power Pool and Southwest Power Pool markets, spanning the states of Pennsylvania, Ohio, Kentucky, Illinois, Kansas, Oklahoma, and Missouri. Acciona expects that eight projects, totalling 1.5GWp – or 1.2GW of rated power – to be in service by the end of 2023.

Rafael Esteban, Acciona's North American energy division director, said that the new solar and storage capacity will give the company the “opportunity to increase our commitment to renewable energy and sustainability in the United States through photovoltaic and energy storage technology, after the investments we have already made in wind power.”

In a statement, Acciona said it counted 1,207MWp of solar capacity worldwide at the end of the first quarter of 2019.

Nebraska-based Tenaska is no stranger to inking megadeals. In November 2018, the Nebraska-based IPP signed an agreement with Swiss asset management company Capital Dynamics to develop 2GW of solar across the Midcontinent System Operator (MISO) market.

On a related note, since this summer, Tenaska also has a partnership in place with UK-based provider of liquid air energy storage (LAES) systems Highview Power, with the pair expected to develop a project jointly in the ERCOT market in Texas first.

This story first appeared on our sister site, PV Tech. 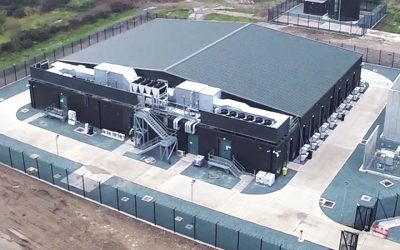 March 8, 2022
Gore Street has completed the acquisition of a 90% stake in a 28MWh operational energy storage asset in Cremzow, Germany. 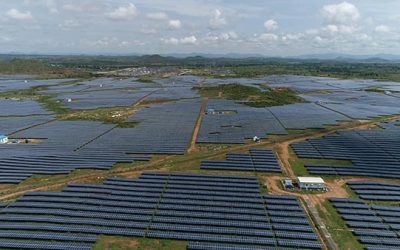